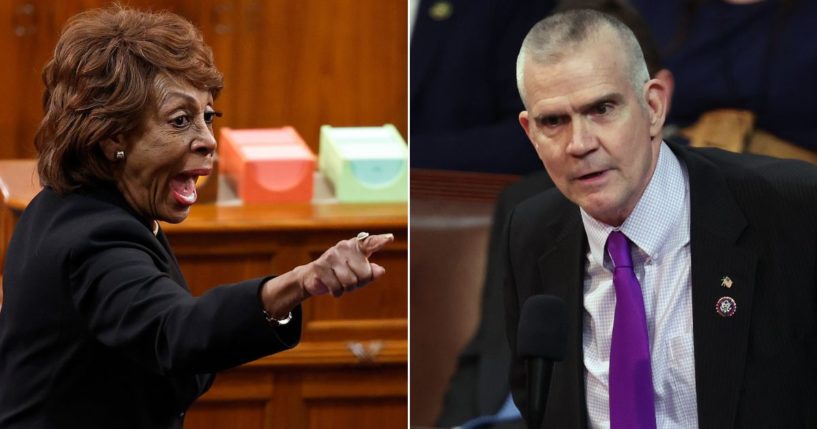 When it comes to the looniest of Democrat loons, the California congresswoman may actually be the queen. Given the general state of the Democrats, that’s actually quite the accomplishment for her.

Her latest ignominious moment occurred in the House during yet another round of votes to elect the speaker of the House.

To lay the groundwork of what led up to Waters’s unhinged outburst, we have to backtrack a bit to Thursday, when MontanaRepublican Rep. Matt Rosendale spoke out and mentioned Waters, while nominating Byron Donalds.

You can view the clip below:

Rep. Matt Rosendale gets in a bit of trouble for directly addressing Rep. Maxine Waters in his nomination of Rep. Byron Donalds for House Speaker. pic.twitter.com/tPN4vqE5y3

Apparently, Rosendale set off some nerves when he smiled, pointed, and said “Maxine.” When the crowd began murmuring, Rosendale swiftly responded.

“There’s no rules, I did not use anyone’s name,” Rosendale said. As false as that second half of that statement is, the first half is true.

As The Associated Press noted, without a speaker, nobody can be sworn in (thus preventing the 118th Congress from convening), and without convening, the 118th Congress cannot create committees, cannot pass legislation, and cannot vote on any House rules.

But when has Maxine Waters ever let the facts get in the way of a good meltdown?

Here’s how Waters responded to Rosendale below. Note that while the audio is a tad bit difficult to decipher, Waters’s histrionics come through crystal clear:

Standing up to cast her vote, Waters exclaimed, “This is the ninth vote: Hakeem Jefferies!”

The flailing and finger-pointing that soon gets directed at Rosendale are made much worse when Waters opens her mouth.

“Matt Rosenthal, get it together!”

First, the irony of Waters freaking out that Rosendale used her name in the House by using his name is painfully obvious. “Do as I say, not as I do” is a pretty standard tenet you get from the left — Waters included.

Second, who the heck is Matt Rosenthal? In her zeal to rage, Waters appears to have confused Matt Rosendale with a non-existent representative.

Sadly, this kind of nonsense has become par for the course when it comes to Waters. She has long since abandoned any semblance of fairness or lucidity.

Maybe you should just take a deep breath and acknowledge that not every slip of the tongue is an affront to you, Maxine Watson.