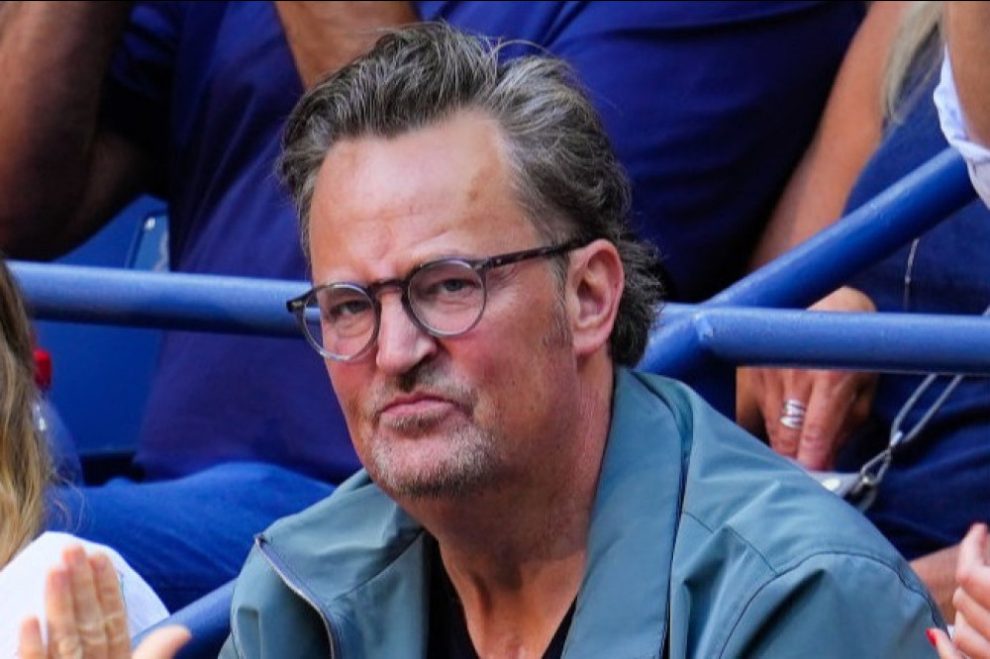 In what might be one of the more nonsensical Hollywood stories recently, on Wednesday a controversy arose in what’s usually a tame affair: the roll-out of a new “tell-all,” celebrity memoir – in this case, by “Friends” actor Matthew Perry.

In the unlikely event you missed this story, here’s some brief background first. In promoting the book, titled, “Friends, Lovers, and the Big Terrible Thing,” the NY Post reported, Perry talked with People magazine, in part, delving into the actor’s road to recovery from drug addiction:

Matthew Perry opened up Wednesday about his opioid addiction during a preview for his upcoming book that is slated to hit newsstands on November 1.

Perry — best know for his portrayal as Chandler Bing in the NBC hit show “Friends” — revealed that at the age of 49, he almost died due to a gastrointestinal perforation and spent months in the hospital, reports People.

According to the doctors, the “Friends” star had a slim chance of living.

“The doctors told my family that I had a 2 percent chance to live,” said Perry.

Then Variety reported Wednesday that Perry also took some bizarre, unexplained digs at actor Keanu Reeves in the book, with one mention coming–inexplicably–while remembering the late actor/comedian Chris Farley:

“His disease had progressed faster than mine had. (Plus, I had a healthy fear of the word ‘heroin,’ a fear we did not share),” Perry writes. “I punched a hole through Jennifer Aniston’s dressing room wall when I found out. Keanu Reeves walks among us. I had to promote ‘Almost Heroes’ two weeks after he died; I found myself publicly discussing his death from drugs and alcohol. I was high the entire time.”

In other parts of the book, Reeves’ name comes up again–and here, Perry did something even more inexcusable, writing:

“The list of geniuses who were ahead of their time is too long to detail here — suffice to say, near the top of any such list should be my costar in ‘A Night in the Life of Jimmy Reardon,’ River Phoenix,” Perry writes.

Perry continues later on, “River was a beautiful man, inside and out — too beautiful for this world, it turned out. It always seems to be the really talented guys who go down. Why is it that the original thinkers like River Phoenix and Heath Ledger die, but Keanu Reeves still walks among us? River was a better actor than me; I was funnier. But I certainly held my own in our scenes — no small feat, when I look back decades later.”

But in a Thursday update to its story that broke the book details, Variety included a statement from Perry, which reads:

Matthew Perry has issued an apology, saying “I’m actually a big fan of Keanu. I just chose a random name, my mistake. I apologize. I should have used my own name instead,” in a statement to People.

If this is supposed to be an apology, it just rings hollow. It was not a “random name”–as Perry would likely know, Reeves and River Phoenix were both close friends and castmates in films like cult indie film, “Your Own Private Idaho.”

The entanglement of the memory of Phoenix in the “Friends” actor’s cheap shots at Reeves reminded me of the late Andrew Breitbart’s first book, “Hollywood, Interrupted: Insanity Chic in Babylon — The Case Against Celebrity,”

In about half of “Hollywood…” he talks about LaLaland’s screwed-up acting families and how they got that way; the family River Phoenix grew up in was one of those kinds of families. (As a brief aside: That’s where I learned that the late actor’s now-Oscar-winning younger brother, Joaquin was orginally named “Leaf” by his hippy parents.) Considering his upbringing, it’s no wonder that the downward slide River’s life took was so difficult for him to recover from. But the actor was an adult and responsible for his own life choices. In any event, his passing due to a drug overdose isn’t Keanu Reeves’ fault–and any compassionate person would know it’s like twisting a hot iron into someone’s wound to suggest it was.

In the wake of the controversy on Wednesday, a Twitter user wrote a long thread about all of the positive actions Keanu Reeves has taken–sometimes without seeking the glare of the media’s spotlight while doing them. There’s a reason he’s known as “the nicest man in Hollywood,” it appears. Here’s the start of the thread:

Because POS Matthew Perry disrespected Keanu Reeves for no reason, here’s a thread about a regular dude who likes to train BJJ and seeks continued self improvement.

Keanu was abandoned by his father at 3 and grew up with 3 different stepfathers. 1/ pic.twitter.com/lHI8KekA0m

But in case those weren’t enough to convince you, here are two more reasons to believe Reeves is truly a good guy–from just 2022 alone:

The first one relates to, of all things, China. Back in January, Breitbart News reported that Reeves decided to take part in an online concert event put on by a Tibet heritage organization, Tibet House:

Keanu Reeves is set to perform in the March 3 virtual concert, which is being organized by composer and longtime Tibet supporter Philip Glass. Musicians set to appear include Iggy Pop, Patti Smith, and Laurie Anderson.

This apparently made the country’s tyrant/president for life, Xi Jinping unhappy, and it lead to some people allegedly calling for “a boycott” of “Matrix: Resurrections” in the Middle Kingdom. I’m sure Reeves is completely torn up about it.

Some in China are calling for a boycott of Matrix: Resurrections due to Reeves’ involvement in the Tibet concert, according to Taiwan’s Central News Agency.

“The Matrix” star Keanu Reeves surprised Jimmy Fallon with ice cream for his birthday at famed Beverly Hills haunt the Polo Lounge, we hear, before the stars sang a Beatles tune together for gobsmacked diners.

Spies told Page Six that the New York City-based “Tonight Show” host was recently at the Beverly Hills Hotel eatery while in Los Angeles filming his other NBC show, “That’s My Jam.”

That’s when Fallon and his pals noticed Reeves also dining at the old-school spot.

A spy told Page Six: “Jimmy said ‘hi’ to [Reeves and his party] and sent them the olives from his table. In response, Keanu sent him ice cream with a candle, and had the place sing ‘Happy Birthday’ to Jimmy.”

Later, gathered around the restaurant’s piano singer, the two reportedly did a duet on the Beatles’ “Hey, Jude.” Aww.

Whichever side you fall on with the twisted, Hollywood tale, the damage has already been done and can’t be undone with a p.r. statement–all for the promotion of a book and “the love of money.” And we all remember what the Bible says the latter leads to.