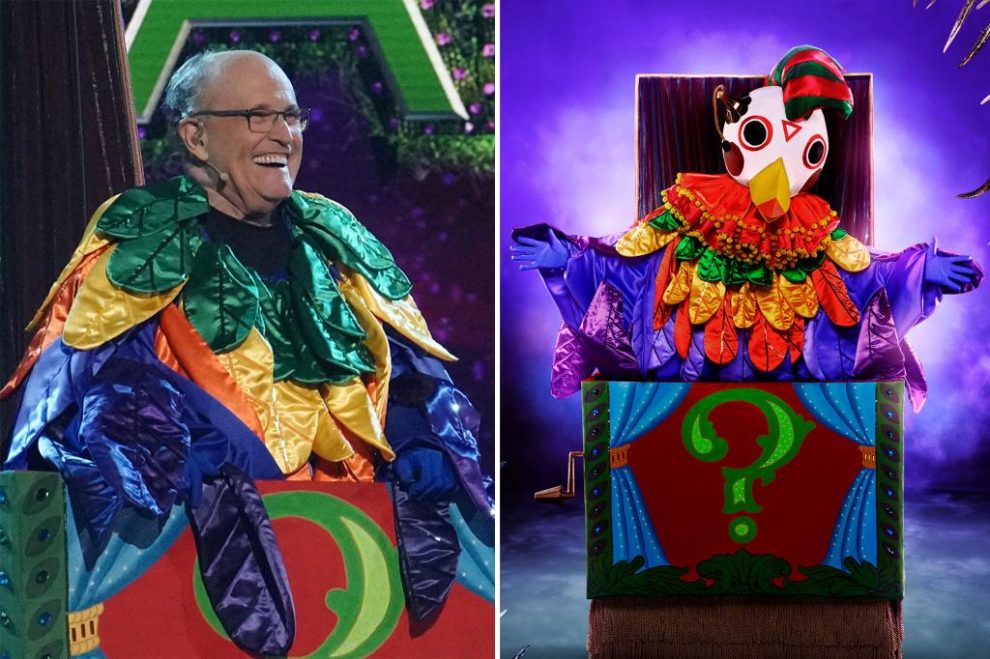 Giuliani’s appearance on the show was first detailed in February when the episode was taped, as Breitbart News reported, but it was unclear just what footage would go public.

When the big reveal came last night the former mayor of New York City removed his mask as judge Nicole Scherzinger was heard gasping: “Is that Robert Duvall?”

Jeong failed to hide his disappointment and simply offered: “No, that’s not Robert Duvall.”

Though the episode was highly edited, it appeared Jeong did not storm off immediately in high dudgeon- but he did walk away later in the show.

After his identity was revealed, an enthusiastic but essentially tuneless Giuliani sang George Thorogood & the Destroyers’ Bad To The Bone to close out the episode.

It was at this point that Jeong said “I’m done” and departed the spotlights.

It had previously been reported that Robin Thicke also left the stage to console Jeong, though footage of him leaving was not shown in the episode.

Thicke did look surprised at the reveal while co-judges Jenny McCarthy and Nicole Scherzinger traded banter with the former politician.

Giuliani’s appearance follows former vice presidential candidate Sarah Palin’s performance in 2020 as The Bear in which she rapped to Sir Mix-a-Lot’s “Baby Got Back.”

When the moment came to reveal her true identity, host Nick Cannon appeared most taken aback.

“This might be the most shocked I’ve ever been on this show,” confessed Cannon after seeing Sarah Palin underneath the bear costume.