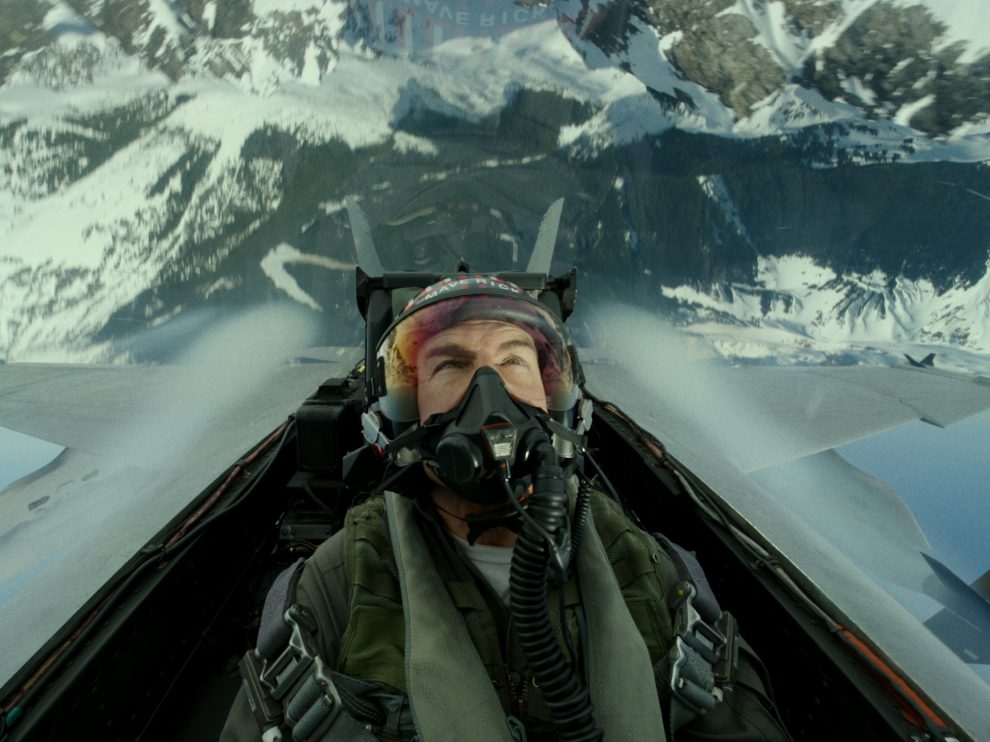 For three years, the wife and I have been waiting. Last month it finally happened. The surgery happens in a few weeks, and we’re not taking any chances with the China Flu gumming things up. We’re quarantined. Going nowhere, seeing no one, groceries delivered—the whole enchilada—toughest of all, no movies. So I haven’t seen Top Gun: Maverick. But based on what I’ve read and been told, it’s…

…a masculine, pro-American, stridently non-woke blockbuster that has just blasted off to a $146 million opening weekend, which is well above predictions.

Based on review after review, Top Gun 2 did the wisest thing possible. Rather than apologize for being an 80’s “relic,” it embraced what everyone loved in 1986 and still loves today.

The ageless star [Cruise] is in full control of his film destiny, and he clearly helped “Maverick” avoid most, if not all, of the culture war booby traps.

No hand wringing over military might or extended emasculation of its rugged hero, for starters. No lectures on America’s imperfect past or gender inequality.

And, suffice to say, “Top Gun: Maverick” isn’t woke in the slightest. It is, though, a testament to American excellence and the ability to achieve a goal no matter the odds.

In other words, it didn’t do what James Bond did—turn itself into a mewling little pajama boy gerbil of a movie. It didn’t do what Star Wars did and pervert a romantic-adventure series into a shrill Womyn’s Studies lecture. Instead, Top Gun chose to respect human nature and remain what it was, what worked, and what normal people love. The audience sensed that, and now it’s over-performing and less than $10 million away from setting an all-time Memorial Day Weekend record.

Gotta love Tom Cruise. Heaven knows Tom Cruise gives me a touch of the gay panic. Head to toe, Tom Cruise is all movie star and the rare one who’s in touch enough with the proles to ensure the anti-art cancer of woke isn’t allowed near his stardom.

Cruise turns 60 next year and is right now enjoying the biggest hit of his career. And it’s not even a squeaker: Top Gun: Maverick broke his opening day record with a $51 million haul. His previous record was Mission: Impossible—Fallout’s $23 million.

You want to know why Tom Cruise is one of the few movie stars still standing? It’s not his looks or his agelessness or even his talent. There are all kinds of good-looking, talented, ageless actors and actresses out there… No, Tom Cruise is a star because he understands stardom in the same way John Wayne and Errol Flynn and Gene Kelly and Bette Davis and Warren Beatty and Jack Nicholson understood stardom… It’s not about you! It’s about the audience! Dazzle them. Make them laugh. Make them cry. Inspire them. Broaden their horizons. Show them something new. Teach them. But never, ever talk down to them or act as their superior.

Respect the audience as a partner, and you will never break up.