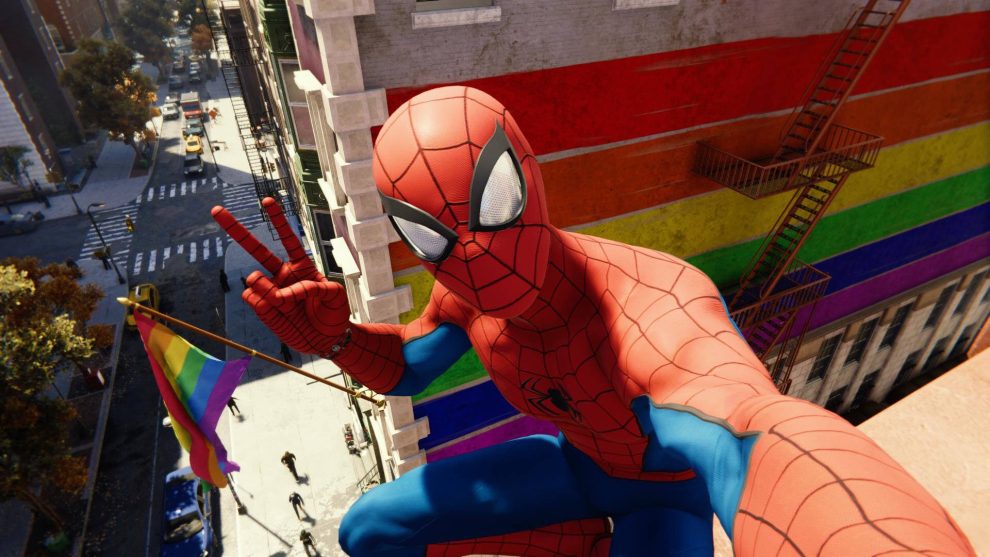 Disney-owned Marvel Comics is set to debut its first openly gay Spider-Man, with effeminate characteristics, dressed in lace, in an upcoming book due out in September.

The comic book company first informed fans of its plans with a June 16 solicitation, that described the new character as, “WEB-WEAVER: A not-so-mild mannered fashion designer at Van Dyne gets spider-powers and shows us a very different kind of Spider-Slayer,” according to Comic Book Resources.

But that is not the only notice revealed by company employees. Writer Steve Foxe also noted that he has the “huge gay honor” to introduce the first gay Spider–Man.

“SURPRISE: I had the huge gay honor of helping to co-create WEB-WEAVER, who’ll make his debut in EDGE OF THE SPIDER-VERSE #5 this September!” Foxe wrote.

SURPRISE: I had the huge gay honor of helping to co-create WEB-WEAVER, who'll make his debut in EDGE OF THE SPIDER-VERSE #5 this September!

Designed by the one and only @kristaferanka, cover by Josemaria Casanovas, with our interior artist to be revealed soon! pic.twitter.com/d3qaN4nBBJ

Foxe added in another tweet that he didn’t make his new gay character representative of “ALL gay men.” And according to the frilly, lacy costume and the stereotypical pose in the character reveal, it appears that Web-Weaver will represent an effeminate version of homosexuality.

Something I realized immediately when conceiving Web-Weaver is that he can't–and shouldn't–represent ALL gay men. No single character can.

His fearlessly femme identity is central to who he is, but it's not the STORY…which you can experience for yourself in September!

Web-Weaver
my design for the brand new Spider, debuting in Edge of Spider-verse 5 pic.twitter.com/vl2qVUtGVq

There have been other gay Spider characters. In 2003 the company featured a lesbian version of Mary-Jane Watson who fell in love with female character Sunfire. But there has not been an expressly gay version of Spider-Man.

Web-Weaver will debut in Edge of Spider-Verse #5, due out in September.

Each issue of the limited series will feature three stories of Spider-Man variants and will end the “Spider-Man Multiverse” in a “blaze of glory,”