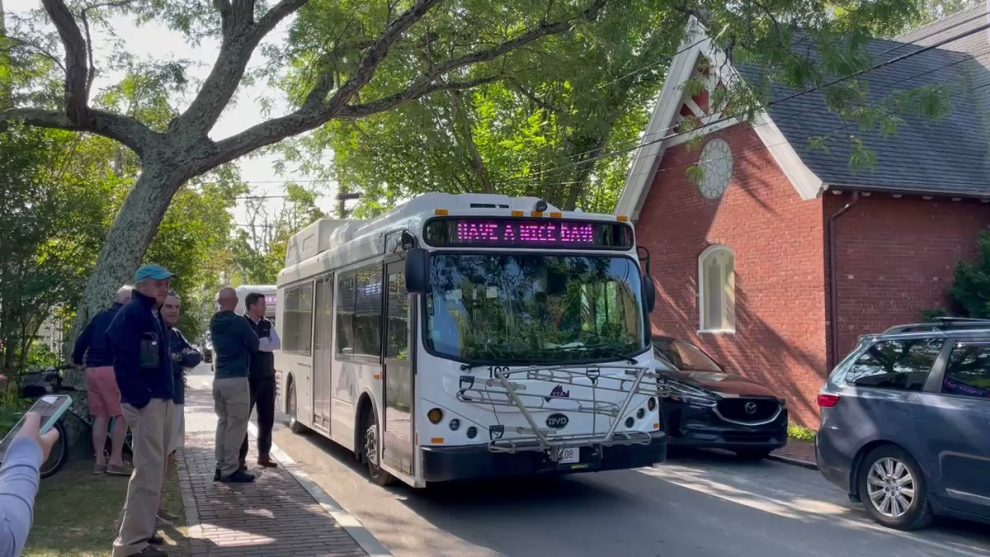 Martha’s Vineyard was slammed late this week after videos emerged showing the 50 illegal immigrants being removed from the island after they were flown there by Florida Governor Ron DeSantis (R).

The move by DeSantis ignited what turned into this week’s top national news story as Democrats falsely accused the governor of potentially having engaged in kidnapping and human trafficking.

The illegal immigrants boarded two busses and headed off to Joint Base Cape Cod, where they will be greeted by 125 National Guard troops who were activated to assist.

Buses have arrived in Edgartown to transport migrants from St. Andrew’s Parish House.

There is one big bus and two shorter buses to transport folks off the island. People with bags are taking selfies and hugging volunteers goodbye pic.twitter.com/wuauiZM4Y3

HAPPENING NOW: Migrants, flown into Martha’s Vineyard by Fl’s governor, are boarding buses. They’ll be heading to Joint Base Cape Cod, according to officials. 125 Mass National Guard members are being activated to assist. @NBCNews pic.twitter.com/RLwxNPu8GM

Donald Trump Jr. responded, “It took less than 24 hours for the libs to kick these illegal immigrants out of Martha’s Vineyard, but Biden won’t lift a finger to deport the thousands of illegals pouring through the southern border daily out of the country.”

New York Times columnist Ross Douthat said that the point of sending the illegal immigrants to Martha’s Vineyard was to “provoke a huge mobilization” from the National Guard to “imply a contrast with a liberal White House failing to help border communities dealing with a far larger influx.”

“I thought Martha’s Vineyard was a ‘sanctuary city’?” Sen. Ted Cruz (R-TX) mocked. “I thought they declared themselves a ‘haven’ for illegal immigrants?? Just 50 arrive, and the socialist billionaires send them away—to a military base, no less—in JUST 24 hours.”

“In the end, the Leftist liberal elite anthem is a word salad of virtue signaling defined by next level hypocrisy,” he added.

“Unfreakingbelievable,” attorney A.J. Delgado tweeted. “Are all the virtue-signaling posts, about how ‘we took them in, we stepped up and came together to help!’ going to be removed now?”

“The wealthy elites on the Vineyard couldn’t stand to have the undesirables there for more than 2 days, so they shipped them off to a military base,” former Trump official Monica Crowley wrote on Twitter. “Someone else’s problem now. Back to the Chardonnay!”

Fighter Jon Fitch responded: “Martha’s Vineyard might be the most racist place in America. They called the national guard over 50 non-white people. Gross.”