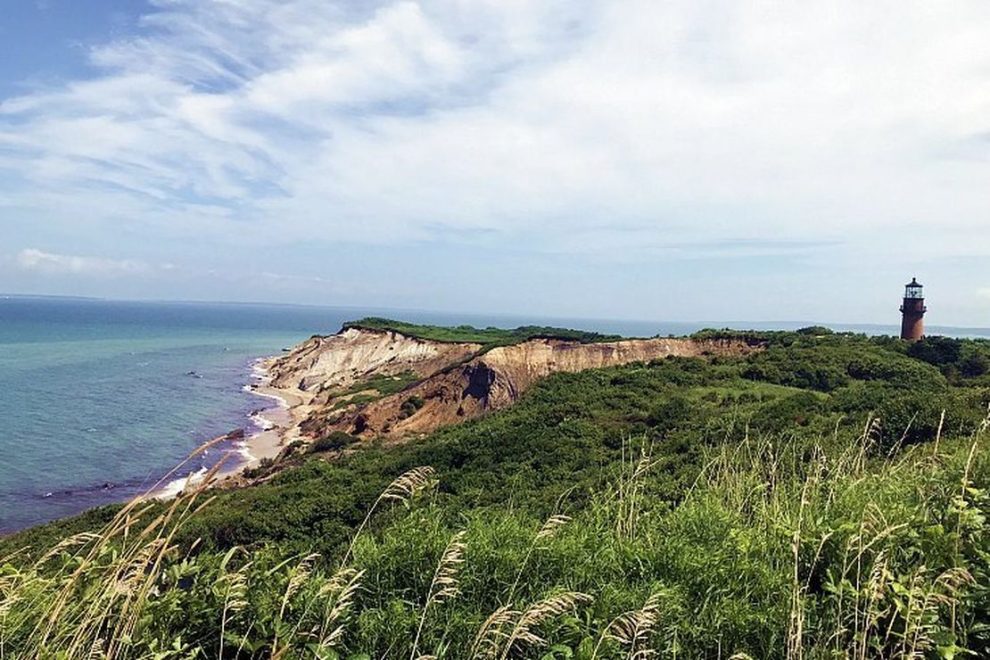 As we’ve watched the Martha’s Vineyard illegal immigrant “crisis,” it’s been fascinating to see liberals twist themselves into pretzels as they try to explain why it’s ok to let illegal border-crossers suffer on the streets of Brownsville, Texas, but it’s inhumane and cruel to allow them to wander the tony, idyllic streets of Edgartown, Massachusetts.

Turtleboy News Senior Editor Aidan Kearney brings us an inside look into the agonizing conversations among the island’s residents as they are faced with a whopping 50 (FIFTY!) illegals flown in by Florida Governor Ron DeSantis. (They’re already being removed from the island as of this morning after residents melted down.)

Known as a wealthy liberal enclave where former president Bill Clinton used to vacation and the Obamas bought a $12 million oceanfront mansion, the exclusive island is also known for virtue-signaling lawn signs proclaiming residents’ love for all people and a welcomeness for immigrants:

Martha’s Vineyard just kicked the 50 illegal immigrants off their island. Gonna have to update their virtue signaling sign. pic.twitter.com/OX4fjqzjsA

Once the illegal immigrants actually arrived, though, attitudes changed quickly.

Kearney has access to several Martha’s Vineyard Facebook groups, and what he reports is downright hysterical. You can almost hear the gears grinding in their heads as they cope with the reality that their do-gooder rhetoric doesn’t actually jibe with their current reality. Quite simply, most of the residents want the illegals off the island but can’t outright admit it because it goes against their liberal principles. As long as the problem stays in Texas and Arizona, illegal immigration is great; just don’t ask us to deal with it.

Obama certainly does have the space, as currently, his 8-bedroom mansion sits empty; it rests on on 29 acres (!), certainly enough to house a large tent city. Plenty of room for Porta Potties.

“Permanent housing? I thought we were just doing a weekend camp out?”

“I’m not willing to let them live with me but I have some hand me down clothes. I’m a good person, right?” pic.twitter.com/gFf1A0gJ5M

Find them permanent housing?! That’s not our job! That’s the job of red state governors!

Gail here is looking to get her locks changed in Edgartown. Wonder why? pic.twitter.com/TZGAMKUnK7

Get her locks changed? Why on earth would she want to do that; doesn’t she want to welcome the new additions with open arms? The best part of this thread is when they realize they’ve been found out and people are laughing at them:

Uhoh, the boomers on the island have figured out that Facebook is not their diary, and that people are laughing at their conversations pic.twitter.com/XeuQgMeE6l

While many think that Texas Governor Greg Abbott and Ron DeSantis are just pulling a “stunt” by flying illegals into blue states, I think it’s a politically genius move. While there is frankly a performance art aspect to it, there’s also a real intent behind the action: to shine a light on the massive crisis at the border that the Biden administration pretends doesn’t exist and the media refuses to cover. People are dying in tragic ways every single day, and yet these liberal hypocrites are crying in their milk over the “cruelty” shown to the small number of the millions of illegals who were flown to a sunny vacation isle.

It’s time they face up to the reality of what their policies are doing. And if it takes a magnificent stunt like this to do it, then so be it.