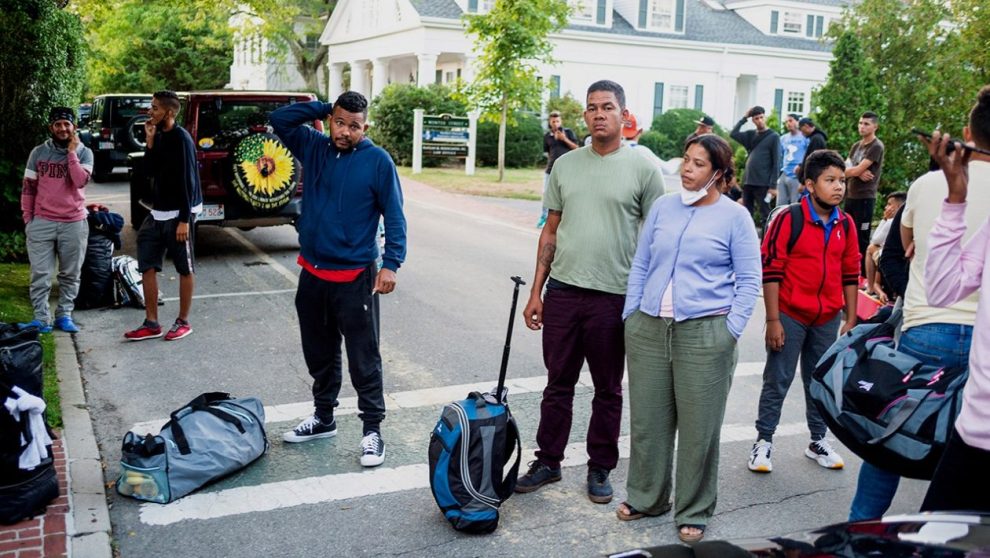 Martha’s Vineyard residents are proclaiming that they have been “enriched” by 50 illegal aliens who arrived on two flights sent by Florida Gov. Ron DeSantis (R) and were swiftly deported to a military base less than 48 hours after arriving.

When 50 illegal aliens were flown onto the elite coastal island, home to the nation’s wealthiest and most well-connected, officials declared a “humanitarian crisis” and Gov. Charlie Baker (R) deported the new arrivals to Joint Base Cape Cod.

Some of the nation’s wealthiest citizens have summer homes on the tiny, elite island, which could house up to six million border crossers and illegal aliens if the residents wanted to. Former President Obama’s vacation home, for instance, sits empty except for during the summer months and could house at least 15 border crossers and illegal aliens.

Residents on Martha’s Vineyard now say they feel “enriched” by the illegal alien arrivals even though they quickly moved them off the island, claiming they had no room for them to stay permanently.

“The year-round community is very strong because you are kind of isolated here — whether it’s the ferry or the bad weather, you’re stuck here,” one resident told CNN. “We’re used to helping each other. We’re used to dealing with people in need and we’re super happy — like they enriched us. We’re happy to help them on their journey.”

“The governor of Florida got it wrong,” another said. “I think he thought we wouldn’t know what to do. And actually, people here really give a damn. They really care.”

Biden, though, has operated an expansive Catch and Release network that has sent well over a million border crossers and illegal aliens on buses and flights to working- and middle-class American communities that have been forced to absorb large numbers of new arrivals with limited resources, jobs, and infrastructure.

The operation has gone largely unmentioned by Democrats and the establishment media who were both quick to assail DeSantis for the flights to the doorsteps of the nation’s wealthiest on Martha’s Vineyard.