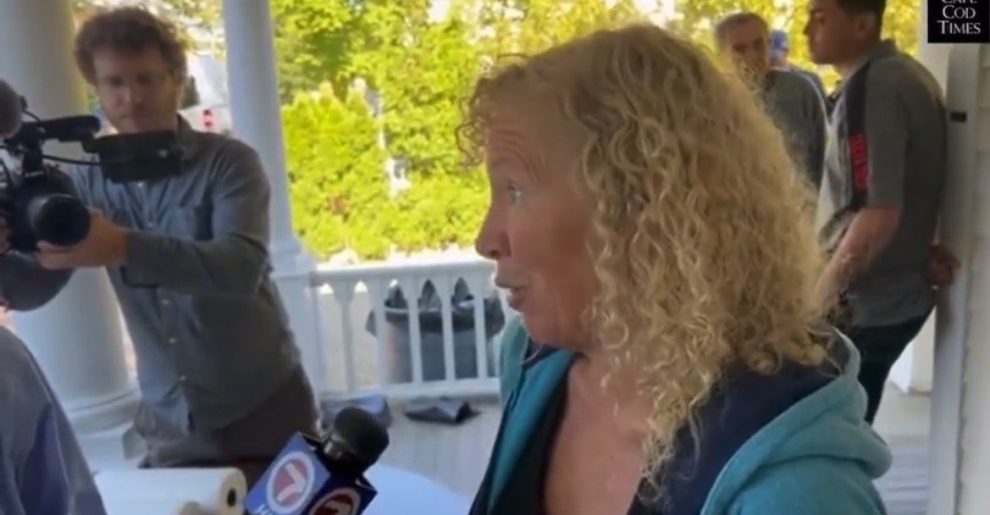 The melt down over the 50 illegals flown to Martha’s Vineyard is fun to watch.

The racist white limousine liberals on Martha’s Vineyard are not happy about their new poor, brown neighbors.

Martha’s Vineyard happily hosts thousands of tourists every summer, however when 50 poor illegals are dumped on the island it is a “humanitarian crisis.”

Martha’s Vineyard Homeless Shelter Coordinator Lisa Belcastro melted down over the 50 illegals during an interview with the Cape Cod Times.

It’s the end of the world, according to Lisa Belcastro.

“The difficult challenges are — we have to, at some point in time they [illegals] have to move from here to somewhere else – we cannot, we don’t have the services to take care of 50 immigrants and we certainly don’t have housing. We’re in a housing crisis as we are on this island! We can’t house everyone here that lives here and works here!”

She continued, “We don’t have housing for 50 more people.”

Lisa Belcastro also told the Cape Cod Times about a conversation she had with one of the illegals who wanted a job before she lashed out Republicans.

These limousine liberals are so dramatic.

Perhaps Lisa Belcastro should head on down to Texas and Arizona where millions of illegals have crossed over the border since Biden took office.

There is plenty of room to house the 50 illegals at Barry and Michelle’s beachfront estate!