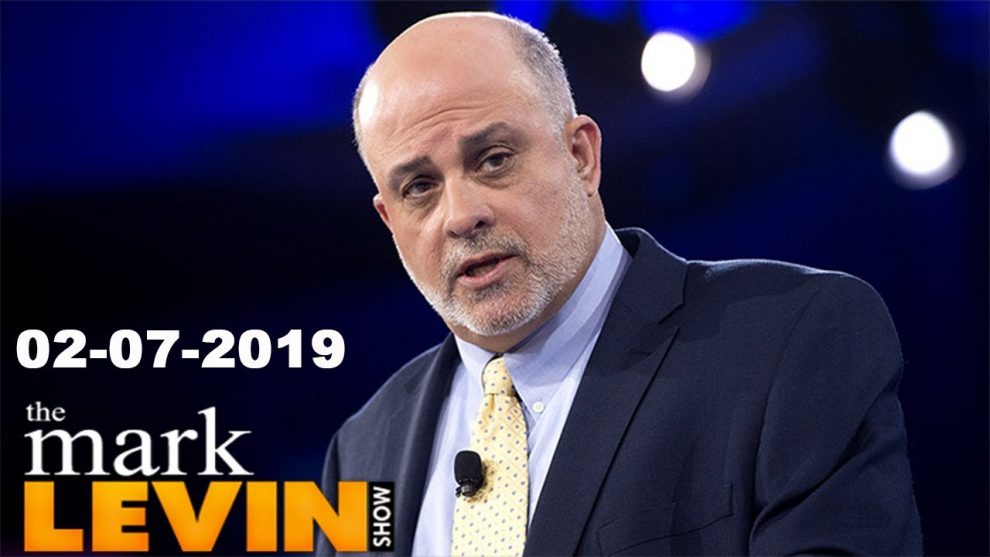 Conservative radio and television host Mark Levin told Breitbart News Thursday that it had been “obvious” from the start of Special Counsel Robert Mueller’s investigation that there had been no collusion between Donald Trump’s 2016 presidential campaign and the Russian government, and that the inquiry was to be a pretext for impeachment.

Levin had been predicting for nearly two years that Mueller would not find any basis to indict Trump, but that he would produce a report that Democrats and the media would seize upon to argue for impeaching the president.

In June 2017, Levin said on his radio show, the Mark Levin Show: “Mr. Mueller may be investigating individuals and so forth, but his purpose for being unleashed against the president of the United States is to make the case for impeachment, not indictment. This is very, very important to understand.”

On Thursday, Levin reiterated that analysis — which had been vindicated by events:

It was obvious from day one there was no collusion. It was a Hillary campaign and Democrat Party narrative.  They intimidated Rosenstein into appointing a special counsel with no criminal predicate. They intimidated [former Attorney General Jeff] Sessions into recusing.  Their allies in the Obama administration were leaking relentlessly to media outlets.  They sought to stop Trump’s election and failed. Then tried to remove him. You can’t indict a sitting president. You can’t force a president to testify with a phony subpoena. That meant Mueller and his partisan staff would use the report as a political and impeachment weapon. And that’s precisely what Vol II [of the Mueller report] is all about.

In the more than 24 hours since Mueller’s report has been released, Democrats have openly floated the idea of impeaching the president, with several leading presidential candidates — including Sen. Kamala Harris (D-CA); South Bend, Indiana, mayor Pete Buttigieg (IN); and former Cabinet secretary Julian Castro — all open to the idea.