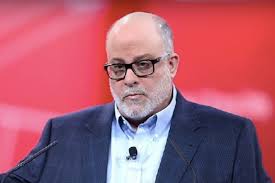 The firebrand host then decided to excoriate House Speaker Nancy Pelosi’s plan to reduce the voting age to 16. “They want to lower the voting age to 16, why not lower it to 12? Or 14? Or 15? How stupid is that? They raised the age for booze, they raised the age for tobacco at 21, but at 16 you’re going to help pick our president? Why are they doing that? Because they indoctrinate all these kids in high school and so forth and they know how they are going to vote.” (RELATED: Poll: Only 17 Percent Support Lowering The Federal Voting Age To 18)

Pelosi advocated lowering the voting age to 16 at her weekly press conference Thursday.

“I myself, personally, I’m not speaking for my caucus, I myself have always been for lowering the voting age to 16,” Pelosi said. “I think it’s really important to capture kids when they’re in high school when they’re interested in all of this, when they’re learning about government to be able to vote.”

.@SpeakerPelosi: It's "really important" to lower the voting age to 16. pic.twitter.com/cnUxSds1T3

Five candidates in the 2020 Democratic Primary advocated for increasing the number of seats on the Supreme Court in an effort to “depoliticize” the justice approval process.

President Donald Trump’s 2020 campaign was quick to shut down the movement, asserting to The Daily Caller News Foundation that “this is just what the Democrats always do. When they lose, they try to change the rules. This is no different from when they attack the Electoral College every time they lose the White House. Now it’s court-packing. They want to change our institutions to fit their own political desires.”