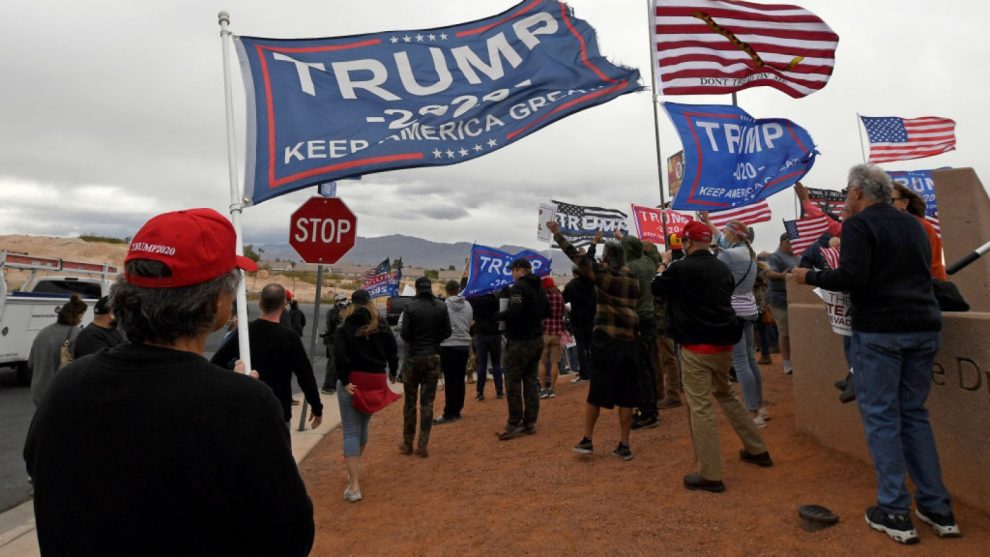 Maricopa County, Arizona GOP Chair Rae Chorenky has been forced to resign after failing to sign the Certificate of Accuracy for voting machines made by Dominion – which have come under recent scrutiny for security vulnerabilities, as well as flipped votes in Antrim County, Michigan (which was later blamed on “human error”).

NBC raised the alarms on Dominion Voting Systems in early 2000. It is the voting system used in 30 states, every majority swing state, and many of the biggest counties. Dominion was used in Michigan where Trump votes switched to Biden. Unbelievable.https://t.co/YZaZS0b4U5 pic.twitter.com/gyEhZEf218

Adding to suspicions over Dominion machines is a September 30 report in the Philadelphia Inquirer that “a laptop and several memory sticks” used to program voting machines in Philadelphia had mysteriously vanished.

Now, as National File reports, AZ State Rep. (and now Senator-elect) Kelly Townsend called on Chorenky to resign over her failure to sign off on the machines in October.

Chorenky responded with a flippant tweet – claiming “I’ll resign when you sprout even an ounce of integrity and obtain the intelligence to check your facts before spreading filth about a person whom you don’t know on a topic about which you have not the slightest clue.”

I just found our that Maricopa County GOP Chairman Rae Chornenky failed to show up to certify the Dominion / Machines. For this reason, I call for her resignation, along with her 1st Vice Chair.

To which Townsend produced the certification which Chorenky failed to sign.

I formally & publicly call on Rae Chornenky & 1st Vice Chair Linda Brickman (who should have been there in her stead if she could not make it) to resign effective immediately. This is 100% unacceptable & has contributed to the collapse of Arizona voter confidence. @ChornenkyRae pic.twitter.com/WoXFMQkz9s

After Chorenky stepped down, Townsend thanked her “for doing the right thing and stepping down as Chair.”

I wish to thank Rae Chornenky for doing the right thing and stepping down as Chair, and I place my full support behind the wishes/decisions of the full membership of the MCRC on how they decide to move forward.@ChornenkyRae

“The voting machines, which Chornenky failed to verify, have come under scrutiny themselves. Dominion, the company behind the machines used in Arizona and other states, not only have ties to the Clinton Global Initiative, but also continue to sell decade-old machines that have “known vulnerabilites” that make them susceptible to hacking.”

Watch the voting machine used in US swing states get hacked to rig an election. @Jhalderm, @UMich, and @nytimes demonstrate why every voting district needs an auditable paper ballot. Voting machines are *known* to be insecure. https://t.co/juvU7K3Qdl pic.twitter.com/prsrOGK17z

It attempted to alter our election and got caught? https://t.co/J8mcH4SpxG

"Securing our elections should not be a partisan issue."