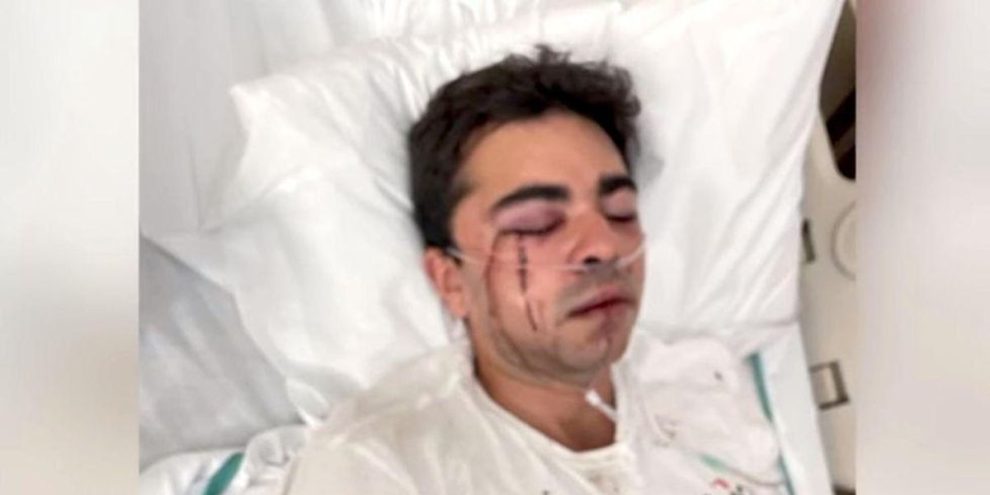 A volunteer for Sen. Marco Rubio (R-FL) was brutally attacked while canvassing for the campaign in Hialeah, Florida, leaving him with a broken jaw and internal bleeding.

According to the senator, who is facing off against Democrat Rep. Val Demings (D-FL) in roughly two weeks, four individuals attacked the canvasser, allegedly telling him that Republicans were not allowed in their neighborhood. The man, who will also require facial reconstruction surgery, was wearing a shirt supporting Rubio and hat supporting Gov. Ron DeSantis (R).

“Last night one of our canvassers wearing my T-shirt and a DeSantis hat was brutally attacked by 4 animals who told him Republicans weren’t allowed in their neighborhood in #Hialeah #Florida He suffered internal bleeding, a broken jaw & will need facial reconstructive surgery,” Rubio said, providing pictures of the man, who can be seen with a black eye and blood running down his face:

The attack comes several weeks after President Biden identified MAGA Republicans as a major “threat to the country.”

Notably, Rep. Charlie Crist (D-FL), who is challenging DeSantis in this year’s gubernatorial race, praised Biden, telling his supporters that he was “so damn proud” of Biden for demonizing millions of Americans:

Charlie Cringe worshipping Joe Biden again: "How many of you saw Biden’s speech last night on national TV? God love him. He told it straight… The president laid it out, he didn’t hold back and I am so damn proud of him for it.” 🙄 pic.twitter.com/uFlcaUMtiO

Other Democrats have embraced the hostile rhetoric as well, including Democrat Ohio Senate candidate Rep. Tim Ryan (D-OH). He came under fire after encouraging Democrats to “kill and confront” the “extremist” MAGA movement.