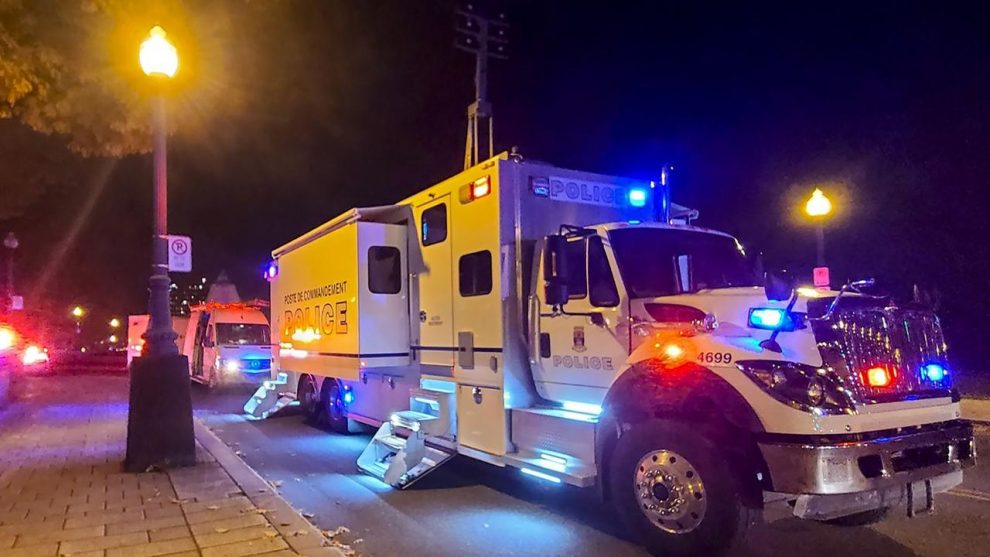 Two people were killed and five wounded early Sunday morning in a Halloween attack in Quebec City. The alleged sword-weilding perpetrator, who was dressed in medieval clothing, has been arrested and is now in custody, Canadian police said.

The attacks occurred in the historic Old Quebec neighborhood of the city, the capital of the French-speaking eastern province.

AFP reports the suspect, “a man in his mid-20s,” was armed with a sword and dressed in “medieval clothing,” Quebec City police spokesman Etienne Doyon said during a press briefing.

The man, who was not identified, was arrested shortly before 1:00 am and had been “transported to hospital for evaluation,” he said.

Police have not given a motive for the attacks as local reporters at the scene tweeted photos of a command post outside Quebec’s Parliament Building.

The suspect is described by police as a male in his 20s. Police have formally identified the suspect but have yet to release his identity to the public.

“It’s a man who was dressed medieval. It’s a man who carried a sword with him. It’s stab wounds — that’s all we can tell you at the moment, “Doyon said.

After the arrest, police tweeted: “We still ask the citizens of Quebec City to stay inside with the doors locked because an investigation is still underway.”