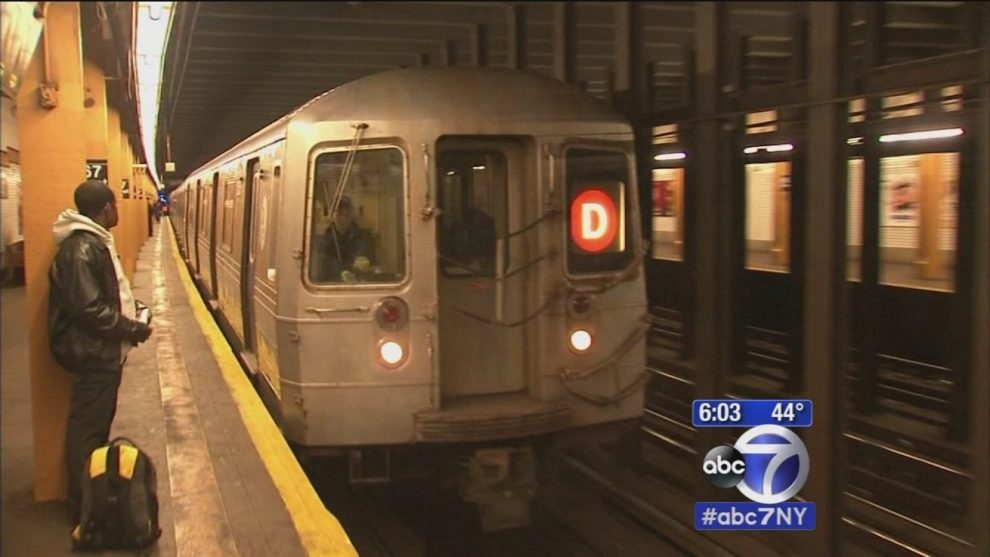 A 34-year-old man died after being shoved onto subway tracks at a station in New York City’s Upper West Side early Friday morning.

The unidentified victim cracked his head open and later died from his injuries at St. Luke’s Hospital.

According to the New York Post, the 28-year-old man taken into custody was identified as Andre Boyce.

Boyce was recently released from prison after serving 7 years for attempted robbery and was under post-release supervision until May 2026, The Post reported.

A 34-year-old man died early Friday after being pushed by an ex-con onto the tracks at an Upper West Side subway station, police said.

The straphanger cracked his head at the 96th Street Station after getting shoved during an argument just before 2 a.m., cops said.

EMS rushed the man, whose name was not released pending family notification, to St. Luke’s Hospital, where he later died of his injuries.

Charges were pending against Boyce, who has a history of mental health calls with the department, sources said.

Twitter
See also  "Objectivity Has Got To Go": News Leaders Call For End Of Objective Journalism
→ What are your thoughts? ←
Scroll down to leave a comment: