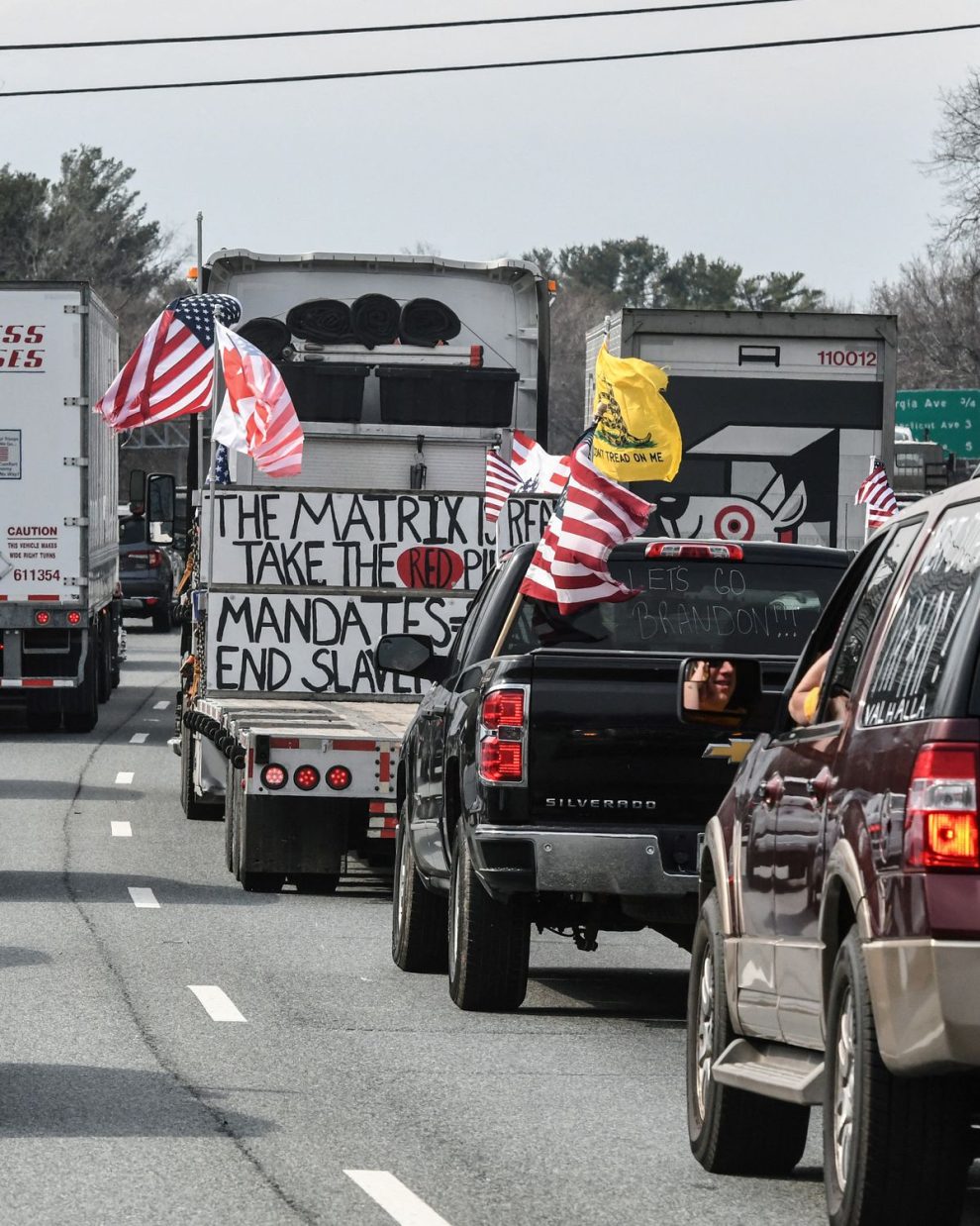 WASHINGTON (7News) – Drivers are facing major delays again Wednesday heading into the District due to a demonstration related to a trucker convoy and related police operations.

On Wednesday afternoon, at one point traffic was at a standstill on the 14th Street Bridge, so much so some of the truckers were able to get out of the rigs and stand on the side of the roadway.

But the truckers say they aren’t creating the traffic delays and instead they say it’s police creating the gridlock.

Also, one trucker reported a cyclist laid their bike in front of a truck on I-395 near exit 10C blocking them for several hours.

7News received reports from truckers with The People’s Convoy that there are 500 rigs and cars affiliated with the convoy Wednesday afternoon.

They have been in the area for more than a week now and don’t plan on leaving till their demands are met.

The group, known as the People’s Convoy, has been in Hagerstown since March 4. They are here to protest against COVID-19 mandates.

Alert DC said drivers should expect potential traffic delays “due to ongoing demonstration activity” and that DC police are prepared to shut down any roads if needed.

Metropolitan Police have closed a number of freeway exits to keep traffic moving safely through the area. These rolling closures are in real-time as needed, officials said, and will be lifted as soon as they are no longer necessary.

7News learned that the city has been using additional resources to ensure that the demonstration isn’t too disruptive. A source with MPD says they have deployed their Civil Disturbance Unit.

In a meeting with Sen. Ted Cruz, R-Texas, last week, the truckers said they wouldn’t leave until their demands were met. The truckers are protesting federal vaccine mandates.

WHO ARE THE TRUCKERS & WHY ARE THEY PROTESTING?
Hundreds of trucks, many from the cross-country convoy, and more than 1,000 truckers and their supporters converged on Hagerstown’s Speedway stadium and parking lot. From the signs they displayed affixed to their pick-up trucks and various other vehicles, the message was: Trump is good, Biden is bad and their protest is all about “freedom.”

It began with freedom from mask mandates, but since most states have dropped the mandates, the issue is to end the government’s ability to invoke “emergency powers.”

Maureen Steele, a spokesperson for The People’s Convoy, said of government actions under emergency powers, “the cure was worse than the disease, suicide rates through the roof, divorce through the roof.”

In an interview, Steele told 7News they never said they were going to DC.

“If we change our minds we’ll let you know,” Steele said. “As of right now, no, we’re not going.”

DC OFFICIALS SAY THEY ARE PREPARED
Chris Rodriguez, the Director of Homeland Security and Emergency Management, says officials have been watching the convoys and “took note” of what happened in Ottawa, Canada over the last month. They have been communicating with counterparts across the country and locally in Maryland and Virginia about what to expect.

The agencies have been sharing information about the truckers’ routes as well as other intelligence to get situational awareness.

The convoys have been moving through communities quickly and have been largely non-violent, Rodriguez said.

“This is an unpredictable environment that we’re in…so we want to make sure any info that could indicate a shift in that environment is quickly communicated so our response agencies can do their jobs,” he said.