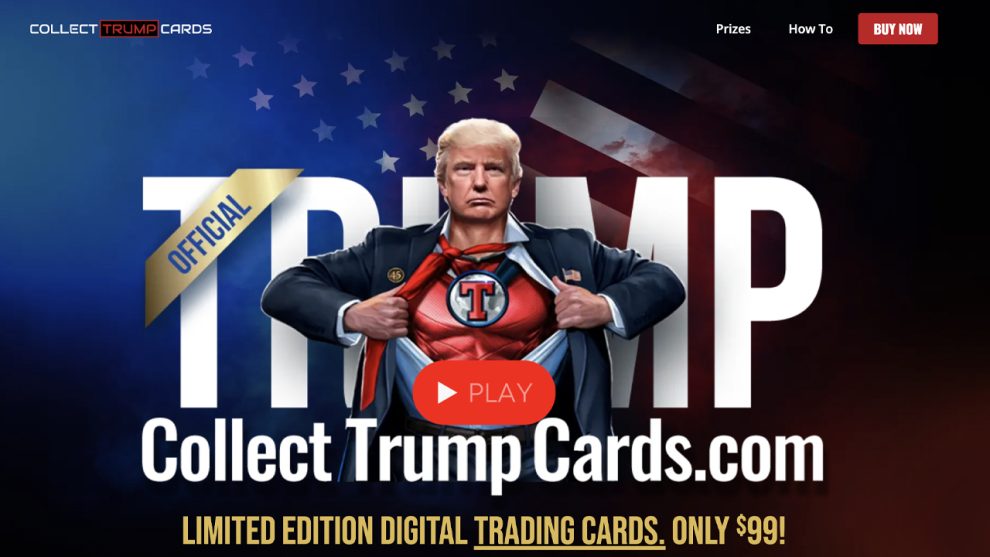 “AMERICA NEEDS A SUPERHERO! I will be making a MAJOR ANNOUNCEMENT tomorrow. Thank you!” Trump teased on Wednesday alongside a 15-second video featuring an image of Trump portrayed in a classic Superman fashion.

The 45th president followed up on Thursday morning, announcing limited edition digital trading cards, or NFTs, featuring what he described as “amazing ART” of his life and career.

“Go to collecttrumpcards.com/ & GET YOUR CARDS NOW! Only $99 each! Would make a great Christmas gift. Don’t Wait. They will be gone, I believe, very quickly!” he exclaimed.

Speculation ensued following Trump’s initial tease, but he already made the main “major” announcement of running for president in 2024 during a Mar-a-Lago speech last month, in which he unveiled his “National Greatness Agenda.

“This great movement of ours—there has never been anything like it, and perhaps there will never be anything like it again,” Trump said during the post midterms speech. … “My fellow citizens, America’s comeback starts right now.”

“We are here tonight to declare it does not have to be this way,” Trump continued. “Two years ago we were a great nation and soon we will be a great nation again. The decline being forced upon us by Biden and the radical left lunatics driving us right here into the ground. This decline is not a fate we must accept. When given the choice boldly and clearly, I believe the American people will overwhelmingly reject the left’s path to national ruin and they will embrace our vision for national greatness and glory.”