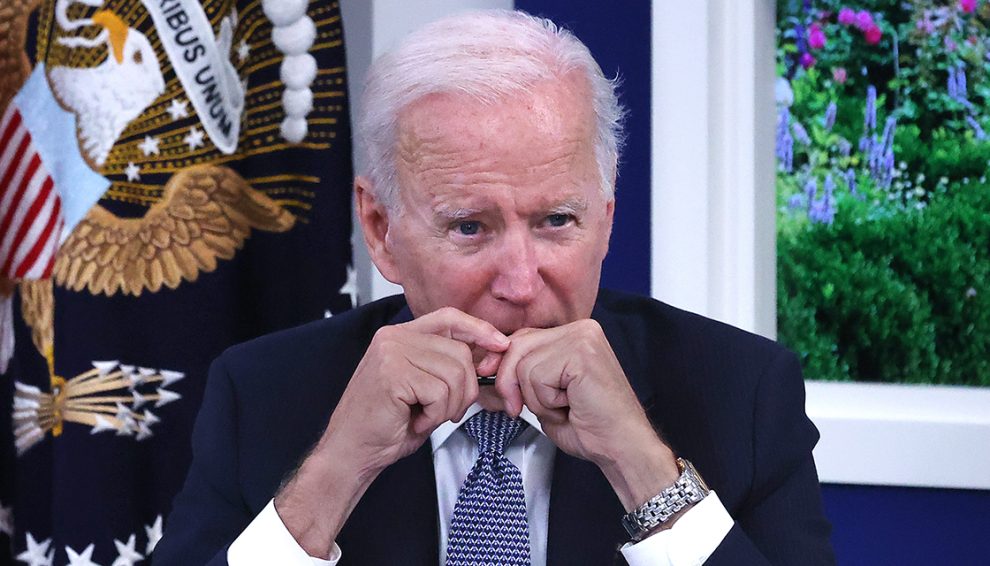 This time, President Joe Biden – the leader of the free world – led a White House event on hunger and nutrition, during which he was meant to say a few words honoring Rep. Jackie Walorski (R-Ind.). And he did.

During the event, Biden was giving a speech and apparently, his notes (or the teleprompter) told him to make sure to honor former Rep. Jackie Walorski (R-Ind.), who was the co-chair of the House Hunger Caucus.

The problem, however, came when Biden asked “Jackie, are you here? Where’s Jackie?” and looked around the room for the Congresswoman…

The problem in question is that Jackie Walorski, sadly, is dead. She has been since August when she perished in a tragic car accident.

The dots are connecting now. The video wasn't played, so it looks like the WH pulled the plug on it after Joe's dementia moment. https://t.co/KMgOSbf8Uu

Apparently, a memorial video was supposed to play, but the White House aides shut down the President and never played the video in a desperate attempt to erase his doddering cluelessness.

It would be funny if it weren’t yet another humiliating gaffe in a string of Biden bumbles. Every time we see him out in public we are subjected to images of our President stumbling, walking with the fragility of a man who isn’t quite in control of all of his bodily functions, trying to shake hands with people who aren’t there, looking to handlers to help him find his way off a stage or out of a room…the list goes on and on.

If the Vice President – another walking gaffe-machine – is supposed to be our ambassador to space via her embarrassing NASA representation, then her boss is simply lost in space. There have been quite a few Presidents through the White House in my lifetime, some strong, others incompetent. I cannot recall a time when a Chief Executive has looked as truly confused and clueless as Joe Biden. It is more than humiliating, it is frightening.

This man is meant to represent the power and strength of the greatest nation on earth. What our foreign enemies and allies see is a frail, borderline senile senior citizen who can’t even exit a stage or walk from an airplane to a car without his wife or aides directing him. They see a man who talks about the dead as if they are living, a man who seems to only have two settings – confusion and anger. They see a man who is either not in control of his own administration, or who is senile enough to believe he is in control, even though clearly other people are running everything around him at this point.

Even the legacy media seems to have hit a wall in their enthusiasm to defend him. They clearly don’t wish to disparage their Democrat overlords, but the sorry state of our executive office is stark. It cannot be ignored. It seems their strategy is to simply copy the Oval Office minions – to just not notice and hope that no one else notices they’re not noticing.

People want leaders, and tend to rally around them, for better or for worse. Think of Moses, an imperfect but anointed leader of his people. He wanted to lead Jews out of slavery, and because he was a leader, they followed. Think of Harriet Tubman. She wanted to lead American slaves out of bondage, and because she was a leader, people followed her.

It is because the person who is supposed to be leading this country is lost in space, and that just leaves us all floating around out here, looking for something to anchor us.