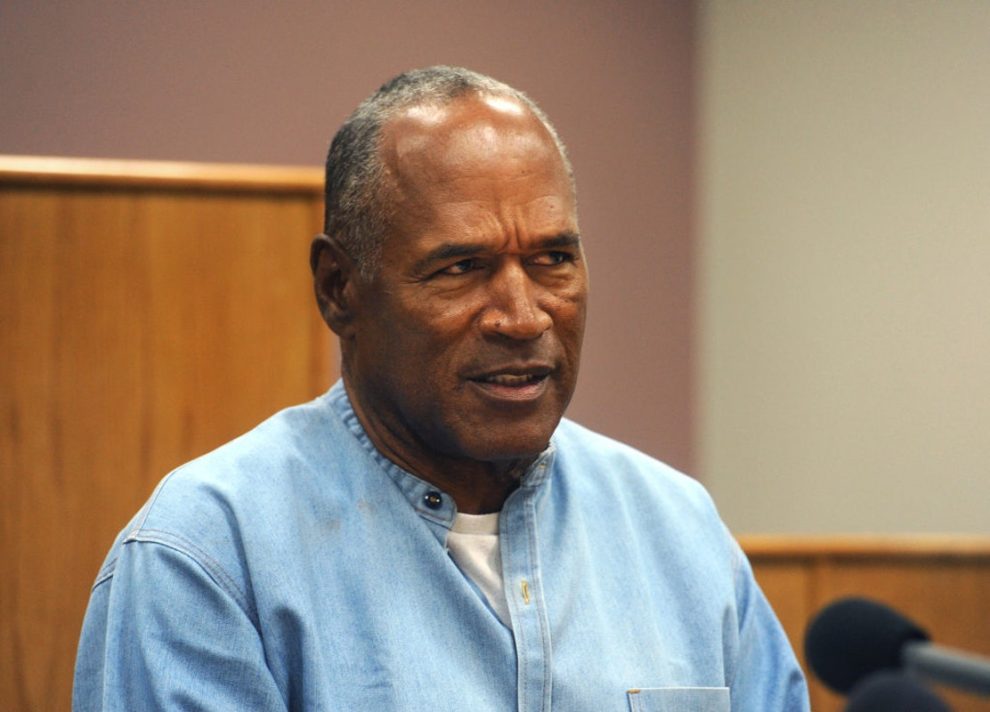 On Tuesday, O.J. Simpson, who was famously acquitted for the double murder of his wife Nicole Brown Simpson and Ron Goldman and was later convicted for armed robbery in Las Vegas in 2008 before being paroled in 2017, weighed in on Will Smith striking Chris Rock at the Oscars, saying of Smith, “Look, I understood the feeling” and complaining, “I’ve been through a lot of crap when I was raising two young kids and every comedian in the country had an O.J. routine, and don’t think I wouldn’t want to b-slap a couple of those guys but you got to accept that it’s human.”

In a video he posted on Twitter, Simpson began, “Hey … it’s yours truly. I just had to run to a quiet spot. I’m here on that other coast. I got here thinking spring break was over and I would come and get behind it but evidently places like Delaware, University of Delaware and stuff, they do late spring break. They chase me. I finally got to a place that’s a little quiet.”

“Now I thought the question I would be getting all day would be the question about the overtime rule of the NFL,” he continued. “Well, you know, I don’t totally agree with it because I wish they would have done it like they do college, where both teams get the ball from like thirty yards in and go in, but anything is better than what happened last year. To not see Josh Allen have an opportunity to keep that game going … it hurt me.”

Then he turned to the incident at the Oscars:

But the question I’ve been getting is Will Smith and Chris Rock. Hey, look, it was unfortunate. I think Will was wrong. Look, I understood the feeling. In my life I’ve been through a lot of crap when I was raising two young kids and every comedian in the country had an O.J. routine, and don’t think I wouldn’t want to b-slap a couple of those guys but you got to accept that it’s human. I didn’t even think that was all that egregious; I thought it was a semi-unfunny joke, but I don’t know; I don’t get it.

Simpson concluded, “I know this: After what happened to me in Las Vegas, if I would have done that in front of a billion people watching around the world, they would have given me life without. I’m just sayin’.”

He was wrong but I understand the sentiment. pic.twitter.com/aURe1pyubg

On June 12, 1994, after having dinner with her family at a Los Angeles restaurant, Nicole Brown Simpson was found stabbed to death at her home along with Ron Goldman, a waiter at the restaurant who had gone to her home to return glasses her mother had forgot. “Simpson was in Los Angeles the evening of June 12 but took a late flight that night to Chicago. When he returned to Los Angeles the next day, he was interviewed by police, but not immediately arrested,” ABC News recalled.

On Oct. 3, 1995, after a trial, Simpson was acquitted; in 1997, Simpson was found liable for wrongful death in the case by a civil jury and ordered to pay $33.5 million in damages to the Brown and Goldman families.

“In September 2007, Simpson led a group of men into a Las Vegas hotel and casino to steal what he claims was his own sports memorabilia at gunpoint. … In 2008, Simpson was found guilty in the botched robbery and sentenced to up to 33 years in prison,” ABC News noted.