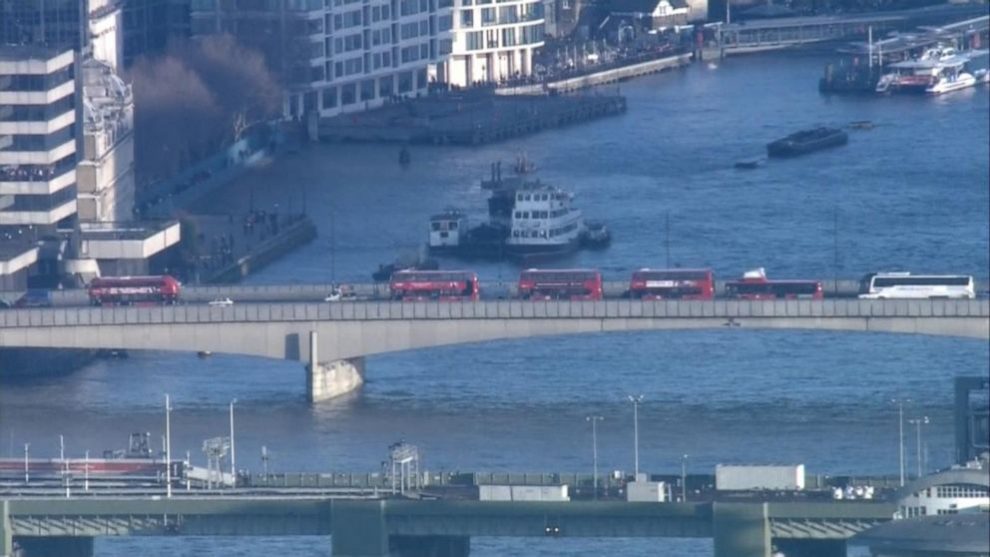 One man was shot by police Friday afternoon in the aftermath of a ‘terror’ incident on London Bridge, just yards from the 2017 terror attack where nine were killed and dozens injured in an Islamist attack.

Images and video uploaded to social media from London bridge Friday show dozens of police vehicles and armed response officers in the area amid the apparent knife attack. Police shot one man dead at the scene and several are reported injured.

The site of the incident is directly adjacent to London Bridge Station, one of the busiest rail interchanges in London. An internal railway security alert memo seen by Breitbart London states that during an “incident” on the bridge, a “male has been shot”. The Metropolitan Police have said “We are in the early stages of dealing with an incident at London Bridge.”

A Whitehall source has confirmed to the BBC that two members of the public have been killed in the suspsected terror attack.

London’s Metropolitan Police have confirmed the suspect in the stabbing attack at London Bridge was shot, and died of those wounds, at the scene.

The suspect, police say, was wearing a fake suicide vest. This development further develops the similarities to the last terrorist attack against London Bridge perpetrated in 2017, where the attackers wore fake bomb vests, likely to ensure their martyrdom at the hands of firearms officers.

Neil Basu, the senior London police officer responsible for UK counter-terrorism policing summarised the situation in a statement Friday evening, when he said:

I can confirm that at approximately two pm today, Friday 29 November, police were called to a stabbing at a premises near to London Bridge.

Emergency services attended including officers from the City of London Police and the Metropolitan Police.

A male suspect was shot by specialist armed officers from the City of London Police, and I can confirm that this suspect died at the scene.

A number of other people received injuries during this incident.

As soon as we can provide further updates on their condition we will, and our heartfelt sympathies go out to everybody who has been involved in this, and is anxiously waiting for information on their loved ones.

As you would expect due to the nature of the incident, we responded as though this was terrorist-related.

I am now in a position to confirm that it has been declared a terrorist incident.

We are working jointly with the City of London Police as we continue to respond.

Officers from the Met counter-terrorism command are leading this investigation, but I must stress that we retain an open mind as to any motive.

London’s Metropolitan Police have said that while they do not yet understand the motive of the knife attack on London Bridge today, they are treating it as a terror incident until they know otherwise. The force has also acknowledged the shooting of a man by officers, although they have not explicitly said the shooting was fatal.

Footage acquired by The Sun newspaper shows members of the public helping detain the knifeman as police arrive at the scene. A man in formal business attire is seen carrying a large kitchen-type knife away from the attacker, while another pins him down. As police pull the member of the public off the alleged terrorist, offers fire twice.

In separate footage, officers can then be seen backing off and keeping their weapons trained on the man from a distance. Images from the Associated Press show a separate individual being detained near the scene.

Trump Admin Leads 32 Nations in U.N. Rebuke: No International ‘Right’ to Abortion Report: Joe Biden Has Been Given Tonight’s Debate Questions in Advance Ibram Kendi: ‘Too Many White People’ Believe They Can’t Be Racist if They Adopt Black Children

The exact chain of events on London Bridge this afternoon remains broadly unclear, but one person is now reported to have been one fatality. It is not clear whether this was the man shot by police, or a victim of the knifeman.

In the clearest footage to emerge from London Bridge yet, two men can be seen struggling on the ground. Police officers pull one of the men off the other, and immediately appear to shoot the man lying on the ground at close range. There is no indication of who the man, who can be seen dressed in casual sports clothes, pulled off with force by an officer is or how he became involved in the altercation.

A man has just been shot and killed by armed police at London Bridge pic.twitter.com/PhpRRXz6UY

Earlier reports had claimed a bomb scare at the adjacent Borough Market, which has since been dismissed by the emergency services.

The incident has drawn inevitable comparisons to the London Bridge attack, which saw a group of Islamist terrorists drive a van at high speeds into pedestrians before disembarking, and attacking members of the public with knives. The attack took place on the same London Bridge and at the Borough Market, and saw nine victims killed and dozens injured.

No motive is yet known for today’s incident, or whether the jack-knifed white truck across the bridge was involved in the incident, got stuck trying to escape the chaos, or was even placed there by police as a roadblock.

Working in London Bridge is scary, there’s been a shooting on the bridge. I saw a load of people running and then heard gun shots. Now the police are trying to get into this lorry. pic.twitter.com/lxC5lqXL21

Metropolitan Police have confirmed one man has been detained and that several are injured following an incident on London Bridge. Sky News claims police sources reporting five injured, but this number has not been officially confirmed. London Ambulance Service are attending the scene.

Social media video of London Bridge uploaded by bystanders shows armed officers moving up to the bridge while members of the public are ushered away. In another video, several officers can be seen with their rifles trained at a man on the ground.

London Bridge station itself has now been closed, while police hold pedestrians and vehicles behind barriers well away from the scene. 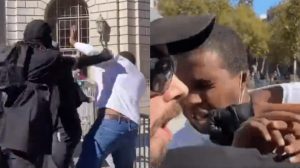 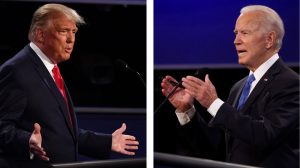 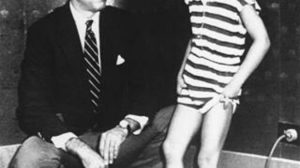