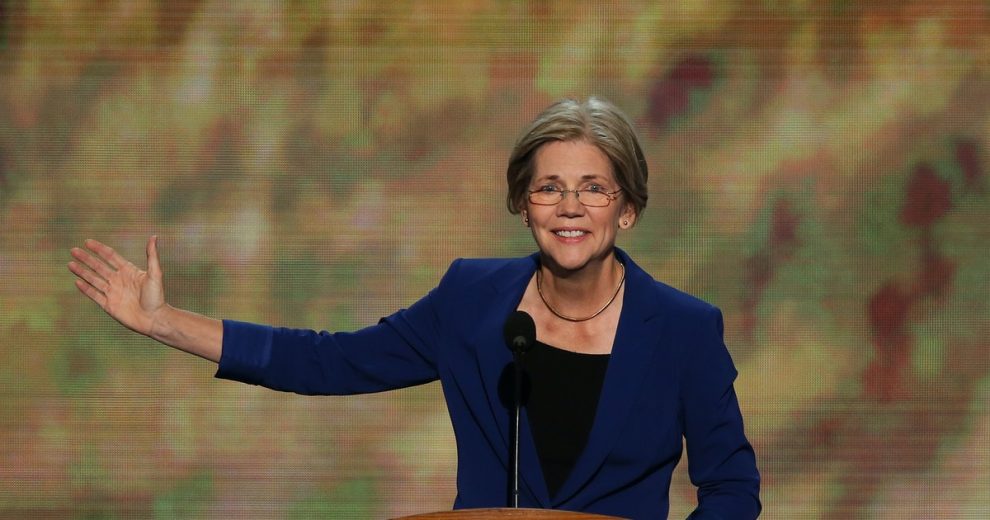 Let’s get one thing straight: The Left doesn’t care about women with unplanned pregnancies. They only care about murdering babies and keeping Planned Parenthood’s taxpayer-funded grift going. You know how we know? Sen. Elizabeth Warren (D-Eichmann) is trying to shut down crisis pregnancy centers that have helped untold millions of women — and saved the lives of more than 800,000 babies, just since 2016 — by providing prenatal care and ultrasounds, parenting classes, counseling, diapers, other baby supplies including formula and furniture, and access to social services. But that’s not good enough for Liz Warren because those centers refuse to shed innocent blood.

She accused crisis pregnancy centers of tricking women into visiting the clinics thinking they’ll be able to get an abortion and then pulling a bait-and-switch in order to harm them. “That needs to stop. We need to put a stop to that in Massachusetts right now,” she declared.

According to the Charlotte Lozier Institute, a pro-life think tank, “In 2021, there are approximately 3,000 pregnancy center locations in the U.S. (counting medical mobile units as separate locations).” Contrast that to the 808 abortuaries nationwide. Here are some fast facts on crisis pregnancy centers in 2019:

14,977 Paid Staff (25 percent of whom are licensed medical professionals)

The data gives lie to the claim that conservatives don’t care about women with unplanned pregnancies. It’s nothing more than a scare tactic the Left uses to get more women into abortion clinics. I dare anyone to call a Planned Parenthood clinic to ask them for a car seat. They only care about babies before they’re born—the more they can dismember the more government largess they can suck up.

The truth is, those of us on the right have been caring for pregnant women since the ghastly Roe v. Wade decision in 1973 and they’re now ramping up their efforts in the wake of the Supreme Court ruling it unconstitutional. But Warren and other Democrats are trying to shut pro-life clinics down with a bill that would fine them out of existence. National Review:

Under Warren’s bill, charities could be fined $100,000 or “50 percent of the revenues earned by the ultimate parent entity” of the charity for violating the act’s “prohibition on disinformation” related to abortion. But the legislation itself does not define prohibited speech. Warren’s bill directs the Federal Trade Commission to “promulgate rules to prohibit a person from advertising with the use of misleading statements related to the provision of abortion services.” Warren’s bill would thus turn the Federal Trade Commission into a national abortion disinformation board. Perhaps the task of determining what counts as a prohibited “misleading” statement would fall to the recently unemployed Nina Jankowicz for the remainder of the Biden administration. Warren does not seem to have considered who might do this job in a future Republican administration.

The alleged “disinformation” includes things like referring to a baby as a baby rather than a fetus and informing women about the developmental stages of pregnancy. They don’t want women to be told the truth about abortion and about babies in the womb because their business model relies on disinformation. According to the Charlotte Lozier Institute, “In its 2019-20 annual report, Planned Parenthood reported $1.6 billion in income and over $2.0 billion in net assets—an increase from the previous report. $510 million came from private contributions, down 14% from the previous report.”

Not only that, but “Taxpayer funding in the form of government grants, contracts, and Medicaid reimbursements hit $618.1 million, or almost $1.7 million per day—an annual increase of $1.3 million from the previous year to make up 38% of Planned Parenthood’s overall revenue.” [Emphasis added] The report adds, “Planned Parenthood’s taxpayer funding has increased by nearly 27% since 2010″ and their excess of total revenue over total expenses is $69.7 million.” And, in fact, “Last year Planned Parenthood reported an excess of total revenue over total expenses of $110.5 million.”

Tell me again why these butchers are allowed to come anywhere near government money? Think how many women and babies could be helped with that $618 million in government funding.

Georgia Gov. Grifter Stacey Abrams also wants to shut down crisis pregnancy centers. She’s made it part of her platform.

Warren and her abortion-loving fascists in Congress have also demanded that Google hide crisis pregnancy centers in search results so women can only find listings for abortion clinics. Yes, they’re that desperate to kill babies. So far Google hasn’t delisted the pro-life centers, but it’s probably only a matter of time.

You can count on PJ Media to keep reporting the truth about compassionate crisis pregnancy centers. We’ve been doing it for as long as I can remember. I wrote this nearly a decade ago:

Most centers provide all of their services to their clients free of charge. This may include an initial pregnancy test, counseling, and, at many centers, an ultrasound so the mother has the opportunity to see her unborn baby. And unlike abortion clinics, pregnancy centers care for the mother throughout her pregnancy and even during the child’s infancy. The centers can provide maternity and baby clothes, diapers, formula, and furniture. At most centers, the clients can earn credits to “shop” for items they need by attending childbirth and parenting classes.

Some centers operate homes for pregnant moms who find themselves homeless. In addition to taking parenting classes, the mothers learn life skills, enabling them to provide better lives for themselves and their babies.

While most pregnancy centers are not medical clinics, they have health-care providers they work with and refer to so that the woman and baby receive proper prenatal care throughout pregnancy.

One of the hallmarks of the centers is the loving, compassionate care the clients receive.

And we’ll continue to call out the lies from Warren and the rest of the witches in her coven. By becoming a VIP member, you will help us fight for the lives of unborn babies. We won’t stop until every abortion clinic is closed. Members receive access to exclusive content, live chats with our contributors, and the opportunity to join our members-only comment section. An entry-level membership will cost you just $3.00 per month using the promo code PROLIFE. Overturning Roe was just the beginning. The Left is pulling out all the stops to keep their vast baby-killing machine going. We cannot let them win. Too much is at stake. Click here to become a member today.