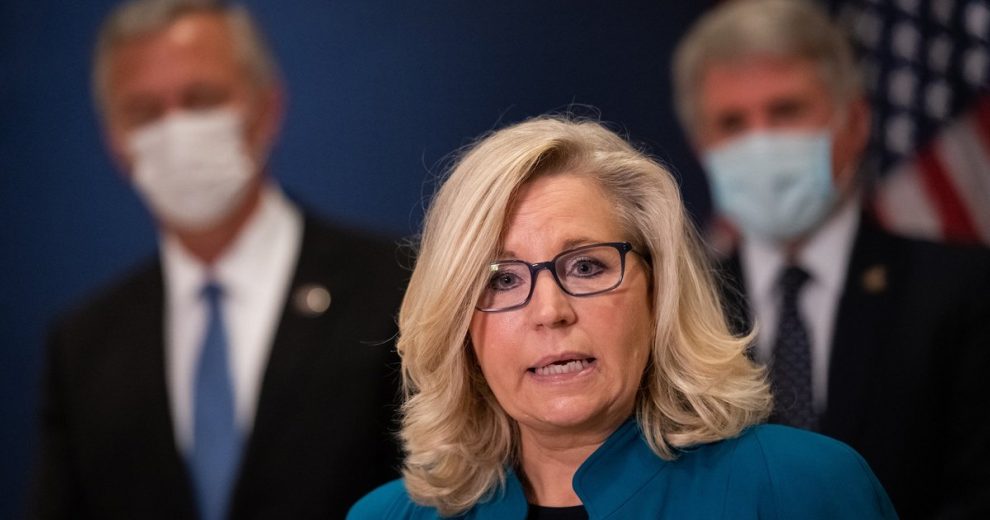 Rep. Liz Cheney (R-WY) appears to have used the January 6 committee as a political weapon against her primary opponent.

It is no secret that Liz Cheney’s political career as an establishment Republican took a nosedive into oblivion when she sided with the Democrats in their January 6 witch hunt. Since then, her primary opponent, Harriet Hageman, has been trouncing Cheney in the polls and now leads by a whopping 30 points. After a dismal first hearing for the January 6 committee that pulled in just 19 million viewers across the United States, Liz Cheney has now subpoenaed former Donald Trump campaign manager William Stepien, who also just so happens to be Hageman’s campaign adviser.

The day after a poll was released showing @Liz_Cheney getting destroyed by Trump-endorsed @HagemanforWY, the committee just happened to subpoena Stepien, who is running Harriet’s campaign. This circus is beyond an embarrassment and will forever stain the integrity of congress. https://t.co/w8NCe4Jvdp

I'm sure the timing here was just coincidental and totally not Liz Cheney using her power on the committee to get political retribution 🙄🙃 https://t.co/C0GkuxBlA8

Liz Cheney should be investigated over how she has openly used this sham of a committee to target and harass her political enemies https://t.co/XZKMo9e0Qv

According to the Hill, Stepien appeared before the committee last November and was a primary mover in former President Trump’s “Stop the Steal” campaign:

Stepien reportedly “supervised the conversion” within Trump’s campaign around “Stop the Steal” messaging and associated fundraising, the committee said at the time of his subpoena.

That messaging “included the promotion of certain false claims related to voting machines despite an internal campaign memo in which campaign staff determined such claims were false,” the committee added.

Former President Trump held a rally for Hageman in late May where he referred to Cheney as a “backstabbing” RINO.

“Worse than the terrible Democrats are the backstabbing RINO Republicans that are helping them do their act,” Trump said. “And there is no RINO in America who has thrown in her lot with the radical left more than Liz Cheney.”

Trump further described Cheney as a “lapdog for Pelosi and a human soundbite machine for CNN and MSDNC.”

“She has gone crazy,” the former president said. “Now I get it. I’ve been hearing these stories for years. Now I get it. She’s gone totally crazy.”

Unless Liz Cheney and the committee unveil a bombshell surprise during the next hearing, it is unlikely the Stepien subpoena will have any effect on her primary campaign against Hageman, given that few Americans are tuning in for the broadcast. Some Democrats in vulnerable districts have expressed skepticism behind closed doors, according to a recent report from Axios.

“I think they’re incredibly important, but I wouldn’t call them pivotal to the election,” Rep. Susan Wild (D-PA) said of the hearings.

One anonymous Democrat in a swing district simply said, “No,” when asked if January 6 should be an election issue, although the Democrat hoped the hearings would provide “a lot of powerful information” or a “holy shit” moment.