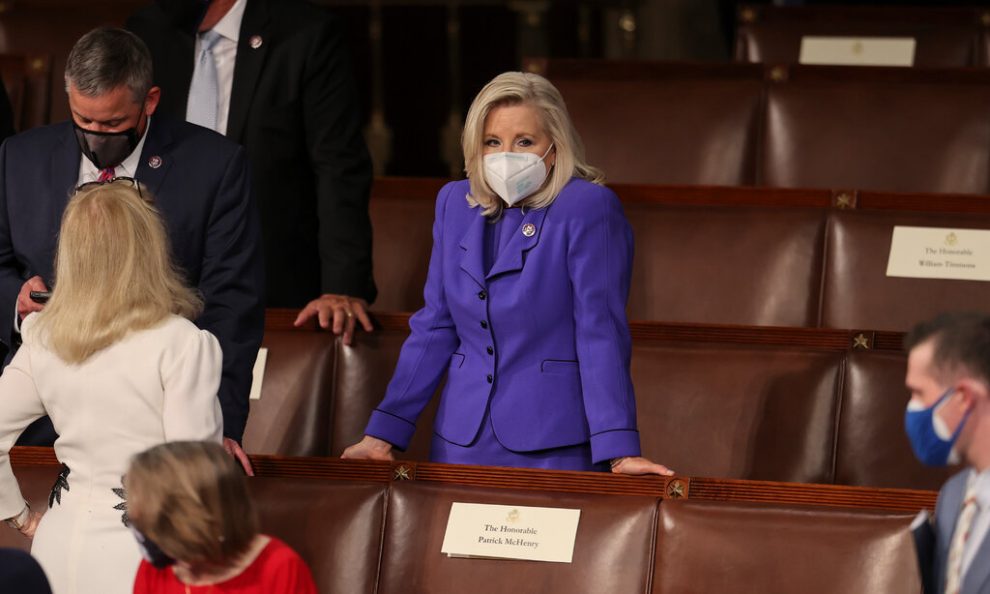 Embattled Republican Rep. Liz Cheney (WY) plans to be active in the midterms looking to shift the Republicans toward a “Cheney party,” after disagreeing with the party’s current path as evidenced by her recent removal as House Republican Conference Chair.

Cheney, before being ousted as the conference chair, “told associates she doesn’t plan on going anywhere — and plans to run for re-election,” according to Axios.

Associates close to Cheney have also told Axios, she “will take her case to the public with speeches and other appearances” and plan a very active role in the midterm elections in order to try and “mold a future Republican Party that looks more like a Cheney party and less like a Trump party.”

“Cheney and her team has been intentional about painting the stakes as higher than a squabble about a leadership job, but instead about truth and the future of the Republican Party,” Axios reported.

Despite the recent polling showing Cheney with terrible favorable numbers to run for another term, Cheney “will not accede to her colleagues’ desires to please shut up,” and will continue to try and reshape the party.

Cheney’s recent poll numbers show her in trouble for the next election. The Club for Growth PAC shows the congresswoman with a negative net image. Cheney’s unfavorable rating stands at 65 percent with a net image of -36 percent, according to the last poll.

In addition, 52 percent said they would rather vote for her opponent regardless of who runs against her. For comparison, the same poll found Trump’s favorability numbers to be an overwhelming 60 percent net positive.

On Tuesday night, on the eve of being ousted from leadership, Cheney hijacked time on the House floor to air her grievances on the record with former President Donald Trump and the Republican Party. Rep. Ken Buck (R-CO), who was in charge of distributing time to House members for a debate on cancel culture, yielded to Cheney.

This enabled Cheney to speak on the record about her disagreement with the party before being relieved of her position.

McCarthy said in a statement to the Republican House members, “Having heard from so many of you in recent days, it’s clear that we need to make a change.”