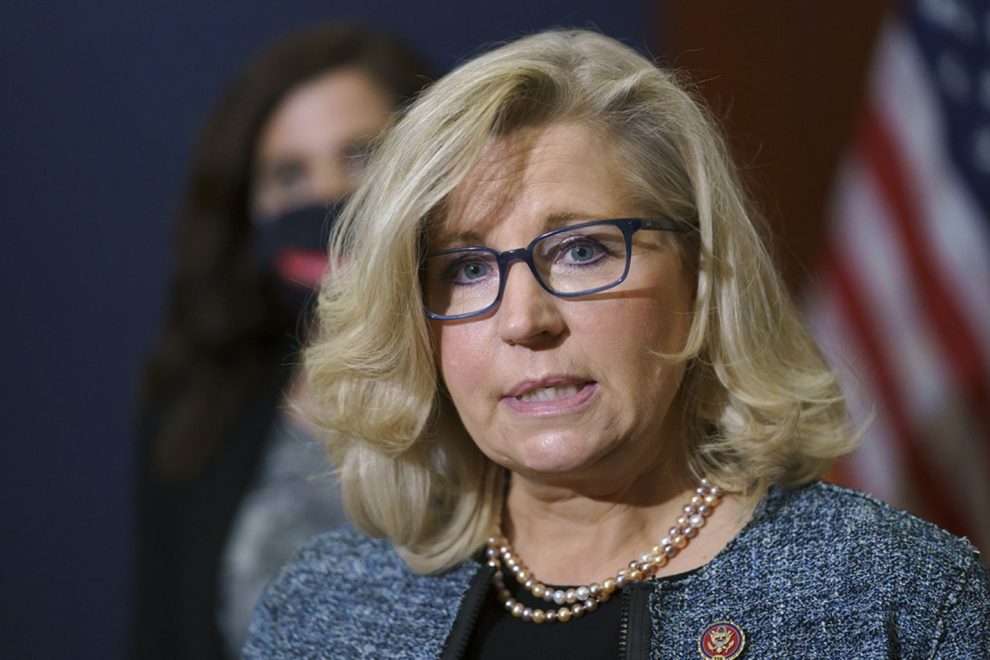 Last week, we learned that Rep. Liz Cheney (R-Wyo.) was sending out campaign mailers to Democrats in her district in the hopes of saving her reelection. Clearly, she assumed that her lack of viability as a Republican because she assisted in the Democrats’ witchhunt would translate into genuine support from Democrats.

On Thursday, the service announced that individuals may enlist without those previously required education certifications if they ship to basic training this fiscal year, which ends Oct. 1.

To be clear, entrants still have to take a test:

Recruits must also be at least 18 years old and otherwise qualify for a job in the active-duty Army. They also must score at least a 50 on the Armed Services Vocational Aptitude Battery, or ASVAB, an SAT-style quiz to measure a potential recruit’s academic ability.

But don’t call it a sky-high standard…

A 50 on the test is a relatively low score, with 31 being the minimum to qualify for service. Combat arms jobs such as infantrymen and cavalry scouts need only minimal scores to serve, while admin work such as a human resources specialist or public affairs require scores of 100 or higher.

How bad must the numbers be for the branch to market a “No GED Required” policy? Is the service still shooting at a “best and brightest” target? Either way, does an undoing of the GED mandate broaden the pipeline for a flood of formerly-marginalized men and women?

It seems to me there’s a national contingent working against Americans joining the military. As you know, any position is a potentially deadly job. Yet a portion of the people appears intent upon spreading the word that our country is cancerous. And “Die for a Planetary Disease” doesn’t appear a superior sales pitch.

Oddly, the woke have infiltrated the Armed Forces.

Imagine being a recent graduate from the U.S. Military Academy at West Point and you are given your first orders as an infantry officer in command of a unit in an active war zone.

You are thousands of miles away from home and responsible for the lives under your command. Like in most instances, your unit is comprised of soldiers of mixed ethnicities, religions and backgrounds.

With all this in mind, you were also taught in a government-funded course that the institutions you serve and that your unit swore an oath to defend, are inherently racist, and that inherent inequality based on skin color should impact your decision making.

Does this impact your thinking as you order a soldier to move forward against a machine gun? Will you select a soldier of a different race because you have White guilt?

A populace turned against itself isn’t a citizenry comprised of people ready to die for each other.

She certainly had reason to believe it was possible. Think about it: how many on the left pretended to “respect” Liz Cheney for her “bravery” for standing up to Trump, and yada, yada, yada?

Well, Liz Cheney is learning the hard way that she was just a useful idiot for the Democrat Party by being a part of their partisan Jan. 6 Committee and that they really don’t look at her any better than they do any other Republican, especially now that she expressed support for the Supreme Court after Dobbs.

“I have always been strongly pro-life,” Cheney tweeted after the Dobbs decision was released. “Today’s ruling by the Supreme Court returns power to the states and the people of the states to address the issue of abortion under state law.”

I have always been strongly pro-life. Today’s ruling by the Supreme Court returns power to the states and the people of the states to address the issue of abortion under state law.

It turns out that her left-wing supporters learned that Cheney wasn’t actually becoming one of them and turned on her without batting an eye.

“Just when i started to admire u,” Rosie O’Donnell tweeted in response to Cheney.

“Some Democrats were literally saying only days ago they would support Liz Cheney for President. How far we have fallen. How transactional the world has become,” author Don Winslow said.

“Just shows that being on the right side of one issue doesn’t make you a good person. She’s still a Cheney, ffs,” left-wing talk host Nicole Sandler observed.

Let this be a lesson to Republicans: don’t be a useful idiot for the Democrats. They will turn on you as soon as they’re done with you. That Liz Cheney thought she could count on Democrats to save her career is proof of just how deluded any Republican who thinks they can gain something by allying with Democrats trying to destroy the GOP can be.