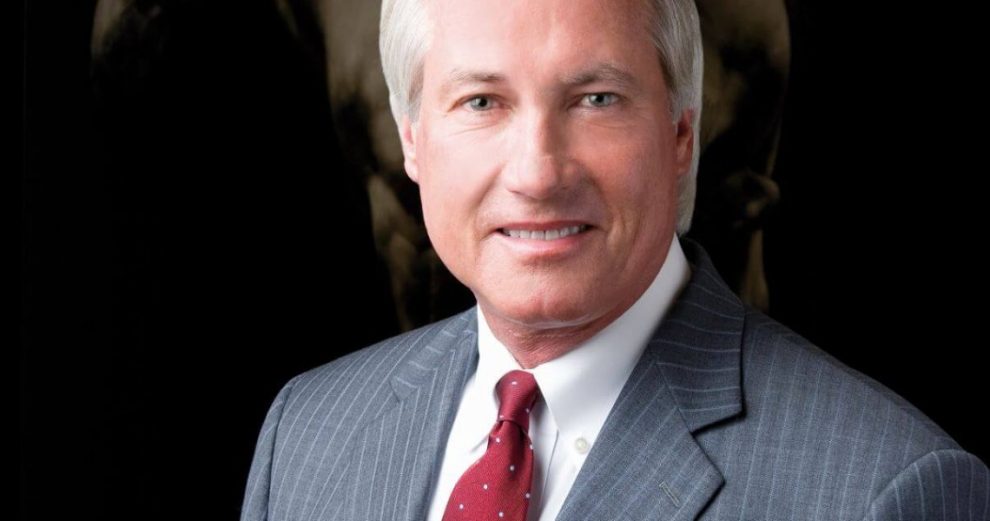 Georgia-based attorney Lin Wood is getting lots of attention for urging supporters of President Donald Trump to break with the president and not vote for GOP Sens. David Perdue (R-GA) and Kelly Loeffler (R-GA) in the upcoming January 5 runoff elections.

Wood’s public comments run counter to President Trump’s own public statements and wishes, as the president has repeatedly urged his supporters to support Loeffler and Perdue and is heading to Valdosta, Georgia, on Saturday to rally with the GOP senators. Wood’s comments are also in line with what top national Democrats are pushing for, as Breitbart News has reported a national anti-Trump Democrat Super PAC called “Really American PAC” is running billboards carrying a message nearly identical to what Wood is saying.

While Wood made his comments purportedly as a self-described supporter of Trump, while donning a red “Make America Great Again” ball cap, the real story here is that Wood is by no means a Republican and there is no record in Georgia of him ever voting for President Trump—in 2016 or in 2020—in the Republican primaries. While Wood did vote in the 2020 and 2016 general elections in Georgia—there are no records in Georgia of him pulling a GOP primary ballot in 2016 or 2020, the two years President Trump was on the ticket. Ironically, in both the 2020 and 2016 general elections, state records show that Wood voted absentee—by mail—in Georgia, part of the same system he is now railing against.

In addition to Trump himself, Vice President Mike Pence is making a second trip to Georgia later this week to campaign for Loeffler and Perdue and the president’s eldest son Donald Trump Jr. has been vocal in his support for them as well.

That’s what is so interesting about these people claiming to support the president’s interests telling Georgians not to back the president’s candidates for Senate in the runoffs. But maybe it is not so complicated when looking at the voting history and political donation history of the chief instigator of this narrative, Wood. Wood has long supported Democrats in the state of Georgia, and now with U.S. Senate hanging in the balance he has positioned himself as a leading voice of the MAGA movement. Republicans currently have at least 50 seats in the Senate going into next year and Democrats currently have at least 48 seats.

If Democrats were to take both of these runoff elections and tie the Senate 50-50 next year, then assuming Democrat presidential candidate Joe Biden emerges victorious from President Trump’s election results challenges the Democrats would then take control of the upper chamber of Congress. While Trump is still pursuing challenges, every state in which he is contesting the results has certified a win for Biden–making the president’s battle even more of a long shot. In a scenario where Biden emerges victorious, and the Democrat candidates Jon Ossoff and Rev. Raphael Warnock win these Senate seats in Georgia’s runoffs, that would mean now Sen. Kamala Harris (D-CA)–who would be Vice President of the United States in that situation–would cut ties in the Senate and now Minority Leader Chuck Schumer (D-NY) would become the majority leader and control the floor and committees of the Senate.

Maybe that’s why Wood, who backed Democrats for years until Trump, is urging Trump supporters to throw the election to the Democrats. Georgia records show that Wood has voted in every general election dating back to 2000, in person in 2000, 2002, 2004, 2006, 2008, 2010, 2012, and 2014—and then via absentee or mail ballot in 2016, 2018, and 2020. State records also show that Wood has not voted in a Republican primary since 2004, but did request Democrat ballots in the 2006, 2008, 2010, and 2018 primary elections in Georgia. That means that even when Trump was president, in the 2018 midterm elections, Wood requested a Democrat primary ballot in Georgia and voted for Democrats in the primary in the state while Trump was universally backing Republicans there. Wood also did not request primary ballots of either party, the records show, in 2016 or 2020–when Trump was on the ballot in the GOP primary.

Wood also has a long history of donating to top Democrats’ presidential, gubernatorial, senatorial, and congressional campaigns. While he did shift a little bit during the Trump era and made some donations to Trump and some congressional Republicans and to the Republican National Committee, per Federal Election Commission (FEC) records, Wood has long backed Democrats for federal office and especially for Georgia offices. Donations to Democrat Party politicians from Wood over a decade plus total more than $40,000, and span from as far back as 2004 through as recently as 2018.

It is not just Democrat presidential candidates like Obama and Edwards that Wood supported. He also previously backed Perdue’s 2014 Democrat opponent Michelle Nunn, giving her $100 in Sept. 2014. He gave $500 to Georgia Democrat Senate candidate Jim Martin on Nov. 10, 2008, when Martin had forced a runoff with then-GOP Sen. Saxby Chambliss (R-GA)—meaning that there at least two other general elections than this one for U.S. Senate in Georgia where Wood has financially backed Democrats over Republicans. This demonstrates that he has a long history of supporting Democrats against Perdue in particular but also against Georgia Republicans in U.S. Senate races in the state.

He also backed Georgia Democrats in several other races for state and federal offices. According to FEC records, in Sept. 2014, Wood gave another $100 to another Georgia Democrat then-U.S. Rep. John Barrow (D-GA).

But state records in Georgia show that while Trump has been president, in 2017 and 2018, Wood has donated thousands and thousands of dollars in Georgia to state Democrats—funding the opposition to the president in the state. He gave $2000 over three separate donations in 2018 to Ken Hodges, a Democrat judge on Georgia’s appeals court, for his campaign. Back in 2010, Wood gave another $4,200 over several donations to Hodges.

In state-level races back in 2006, records show Wood gave Martin—the 2008 Democrat U.S. Senate candidate he would later back in that race against the GOP’s Chambliss—another $1,000 over two separate donations.

In 2014, he donated $5,000 to state Sen. Jason Carter—a Democrat candidate for governor of Georgia—per state records.

He also, in 2009, donated $500 to former Democrat Gov. Roy Barnes when he launched a failed comeback bid against GOP Gov. Nathan Deal for the governor’s mansion.

In 2009 and 2010, Wood also donated over two separate donations $1,000 total to a leftist group called “Georgia Win List.” The group’s website says its goal is to “change the face of power in Georgia by electing pro-choice Democratic Women In Numbers.” In other words, the group runs counter to President Trump’s stated pro-life position and is pushing abortion on Georgians by electing as many Democrats as it can.