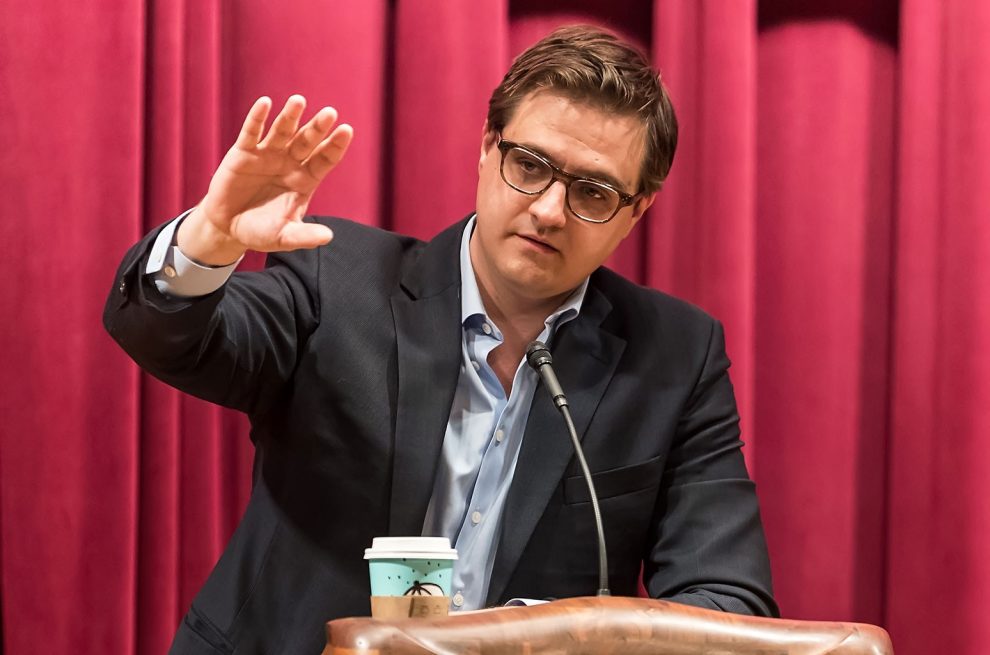 As we reported earlier, the news about Texas and Florida sending migrants to Vice President Kamala Harris’ doorstep and Martha’s Vineyard respectively days after Harris falsely declared the border was “secure” has sent the Usual Suspects on the left and in the media (but I repeat myself) into volcanic eruptions of fauxtrage.

Among them was MSNBC “All In” host Chris Hayes, who took to the Twitter machine Wednesday night to express his disgust at how allegedly “deeply sick and dehumanizing” it was to ship illegals to other parts of the country:

Though Hayes did not elaborate on just what exactly was “sick and dehumanizing” about sending illegal immigrants to self-proclaimed sanctuary cities like Chicago, New York, and Washington, D.C., others observed that it was quite the “narrative shift” for Hayes considering what he’s written in the past about such moves:

The idea that sending immigrants to a place…like New York City is some kind of brilliant troll or rhetorical checkmake is hilariously stupid.

Even more interestingly was this April 2022 hot take from Hayes, which I should point out aged very poorly:

There are many many examples of genuine hypocrisy from educated, affluent liberals who live in large metro areas but *unwillingness to actually live alongside immigrants* is not one of them.

Indeed, what are we to make of all the manufactured “outrage” over Abbott’s and DeSantis’ previously-declared intentions (and follow-through) on sending off illegal immigrants that Joe Biden dumped on them to cities that have said in the past they would be safe havens for those who crossed the border illegally?

Are we seriously supposed to believe the liberal “concern” over Texas’ and Florida’s moves is all about the alleged “humanitarian” component regarding busing/flying the illegals from where the Biden administration dumped them to the Democrat-run cities that we were reliably told welcomed illegal immigrants with open arms?

If so, where has that same “concern” been over the last year and a half as the Biden administration has reportedly flown migrants into states like Florida, Texas, Indiana, Iowa, Tennessee, New York, Pennsylvania, and New Jersey in the dead of night when they think no one is looking? The answer: The supposed “concern” has been non-existent, because not only do Democrats not care when they’ve been shown to be raging hypocrites on an issue, but also because most of those places are red parts of the country and that’s where NIMBY liberals would rather them be, regardless of whether or not resources in those places have run dry.

As I said before, they’re pro-open borders provided the only borders illegal immigrants cross are in southern states like Texas, Florida, and Arizona, where resources are stretched very thin. But once they make it into blue states, all of a sudden it’s reprehensible and dangerous (except when the Biden administration does it under the cover of darkness).

To reiterate a point my colleagues and I have long made, if Democrats didn’t have double standards they’d have no standards at all. And this issue is just more evidence of that. If anyone is “playing politics” here with the lives of illegal immigrants, it’s “educated, affluent liberals” like Chris Hayes who are perfectly okay with virtue signaling about how they have no issues living next to illegal immigrants, but who immediately clutch pearls when it actually starts happening.

Once again, they’re telling us who they really are. And we should listen.