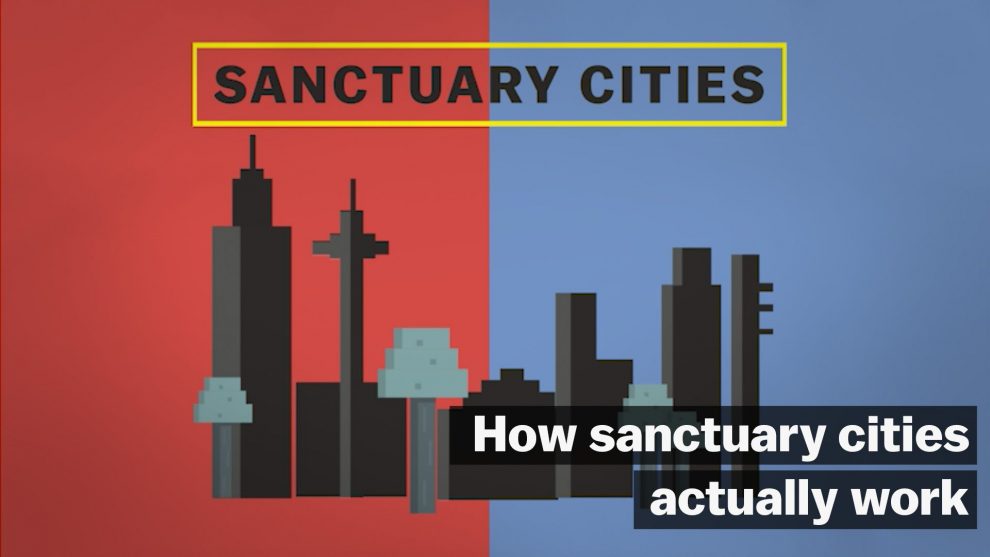 The Trump administration’s discussion of a plan to drop illegal migrants off in sanctuary cities met with an unexpected pushback Thursday from some of the most vocal advocates of laxer immigration laws.

According to a Washington Post report published Thursday, the White House approached Immigration and Customs Enforcement (ICE) at least twice to propose that illegal border-crossers be transported to sanctuary cities.

The idea was initially floated by White House senior adviser Stephen Miller, who suggested that it would take some of the strain off the overcrowded detention centers while sending a message to sanctuary cities — most of which are controlled by opponents of the president’s immigration policies.

ICE called the proposal “inappropriate,” and argued that it could present a public relations problem. In a surprise move, a fair number of liberals sided with ICE. And some of them suddenly appeared to be concerned that a rapid influx of illegal migrants might actually pose some of the threats Trump has been claiming it would.

Actress Alyssa Milano, who has long been an advocate for fewer restrictions on migrant families, called the move “sick and twisted.”

This is so sick and twisted.

"The cruelty of this administration never seems to end." – Julián Castro on Trump officials pressuring DHS to release immigrants detained at the border into "sanctuary cities" in part as retaliation against Democrats, according to a source. #CastroTownHall https://t.co/PpLQsnHq86 pic.twitter.com/5Tp9c4uwin

CNN’s Jeffrey Toobin took things a step further, claiming Trump was using people like “pestilence to spread around the country.”

Using humans as "pestilence to spread around the country" is grotesque, says @JeffreyToobin on Trump considering releasing immigrants in sanctuary cities to retaliate against opponents.@MaxBoot: It's "intellectual bankruptcy on the issue of immigration"https://t.co/hTUb7CQTBb pic.twitter.com/Qh8FrvNPcG

And they were not alone.

Deliberately busing them into Democratic cities and districts in the hope of causing trouble.

Yes, that's what the Trump White House repeatedly pressured ICE to do. https://t.co/HL2wkUBrx1

The President is literally using human beings as pawns in a political game. Instead of passing comprehensive immigration reform he does this: White House proposed releasing immigrant detainees in sanctuary cities, targeting political foes https://t.co/HOK1XD5ECw

There's rightful outrage at the cruel plan to send immigrant detainees to somehow attack President Trump's political opponents in so-called sanctuary cities. But judging from past practices, perhaps Mr. Trump just wanted a pool of workers closer to his properties.

Power corrupts, and absolute power results in dangerously hare-brained schemes like this one, in which people fleeing violence are cynically used as political pawns. https://t.co/uwE26FEwIW

Seeing left-wing media folks who advocate for open borders lose their minds because immigrants will bring violence and crime to their cities is … quite a sight. pic.twitter.com/PjUqZbNgyy

Pelosi complaining that White House wanted to send any illegals crossing the border to her district in California. Wait…doesn’t she WANT them? Isn’t she ALL FOR sanctuary cities?

You can’t have it both ways, Nancy. You OUGHT to be willing to take them in.

See also  Marvel Comics Introducing First Gay Spider-Man
→ What are your thoughts? ←
Scroll down to leave a comment: