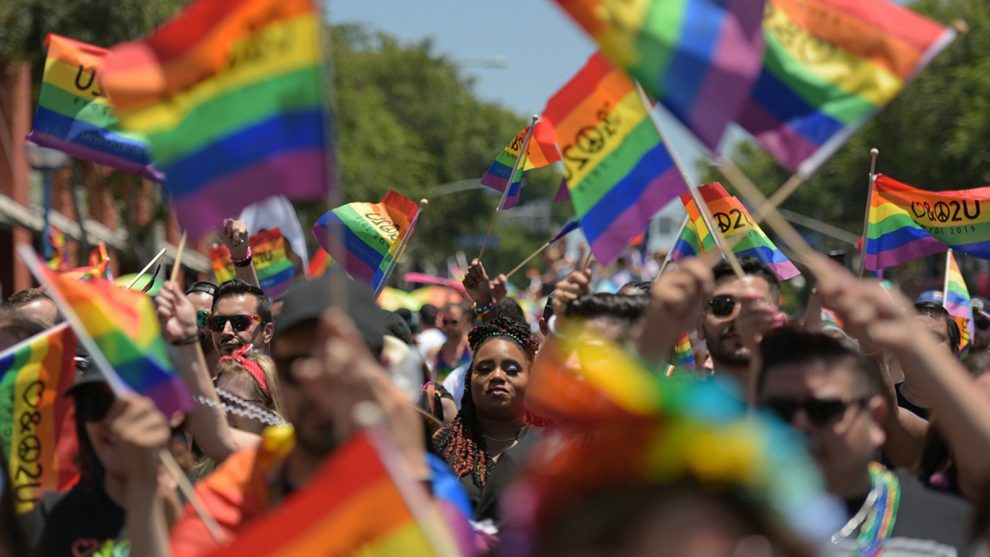 Online harassment of LGBTQ people has spiked in recent months amid a wave of legislation at the state level to limit classroom instruction of LGBTQ issues, according to experts, social media data and young LGBTQ people.

The measures, which critics have called “Don’t Say Gay” bills, have helped spark a larger culture war that has amplified the stereotyped and baseless claims that LGBTQ people are sympathetic to child predators — accusations that have a long history in the U.S.

The most prominent slurs center on accusations that LGBTQ people and their allies are pedophiles, using the word “grooming,” which the National Society for the Prevention of Cruelty to Children defines as when “someone builds a relationship, trust, and emotional connection with a child or young person so they can manipulate, exploit and abuse them.”

The term has been weaponized online, and it now appears almost constantly on many social media platforms. Data from the social media platform Reddit analyzed by Jeremy Blackburn, an assistant professor of computer science at Binghamton University in New York who studies online extremism, found about a 100 percent increase since the beginning of the year in discussion of “grooming” in conjunction with various LGBTQ slurs starting in early March and accelerating in mid-to-late March.

“The majority of subreddits that are adopting the rhetoric have a pretty long history of content moderation concerns and are definitely not what I would consider LGBTQ friendly,” Blackburn said in a direct message. “While it is not exactly surprising to me that this rhetoric has been adopted, I am somewhat surprised the rhetoric was so quickly adopted.”

“Groomer” rhetoric has been echoed by some Republican activists and politicians. Casey Pick, the senior fellow for advocacy and government affairs at the LGBTQ organization the Trevor Project, said the rhetoric teens are seeing in relation to the bills can cause real harm.

“We are seeing an uptick in the use of these slurs, these gross terms like ‘grooming,’ and arguably the rise of that kind of vernacular again started in the dark corners of the internet,” Pick said. “It’s important to note that we’ve been fighting against these stereotypes for decades, if not longer.”

The rising tide of online abuse is challenging for young LGBTQ people, as the internet has become an essential place for them to learn about LGBTQ identities and connect with other community members, as well as socialize with their peers at large.

In a survey of LGBTQ kids conducted last year by the Trevor Project, 42 percent of respondents said they had been bullied electronically, including online or via text message. At the same time, 69 percent reported having access to online spaces that affirmed their sexual orientations and gender identities.

“We know that the debates about LGBTQ people and transgender people and their rights are having a tremendous effect on the mental health and wellbeing of LGBTQ youth because they’re telling us,” Pick said. “They tell us that the debate over trans bills leaves them feeling angry, scared, sad, and depressed. This debate is resonating. It is echoing in ways that are deeply hurtful.”

Will Larkins, 17, has grown somewhat accustomed to homophobic abuse on the internet. But even he is surprised by the sheer volume of the daily accusations of “grooming” he has seen in recent weeks.

Many conservatives online have picked up the term to malign LGBTQ people.

“I get ‘OK, groomer’ comments every day. Hundreds,” said Larkins, a high school junior and activist whose efforts to teach LGBTQ history in his classroom were recently covered by NBC News. The phrase is a play on the phrase “OK, boomer,” which gained popularity on TikTok in late 2020 to disparage middle-age people.

LGBTQ teens say “groomer” isn’t the only word they’ve been targeted with. M, 14, a nonbinary eighth grader who uses the pronouns “they” and “them,” said they have experienced an uptick in online harassment over the past year.

Specifically, M, who was interviewed with one of their parents under the condition that only the first letter of their name be used, said they were harassed on Discord, a free instant messaging and group chat platform popular among teens.

“I’ll just be sitting around in a server and someone just starts to attack me for being gay,” M said. “Saying random slurs at me. And it’s just absolutely unprovoked, maybe I just said a single word and they’ll go ‘Shut up, gay slur.’”

Anti-LGBTQ activists have used baseless allegations of pedophilia in past decades to push their agenda. Pick cited Anita Bryant’s anti-gay push in the 1970s to “protect the children” from gay teachers and broader fearmongering during the opposition to same-sex marriage as precedent for the rise in calling LGBTQ people and their allies “groomers.”

“We’re starting to see politicians and political staff using this term, not in the way that is beneficial to discuss things like the real concerns about sexual abuse, but as a way to demean and silence debate about LGBTQ people and their needs,” Pick said.

Some conservative LGBTQ people say the word “groomer” is being used to target the community. Charles T. Moran, the president of the Log Cabin Republicans, which represents LGBTQ conservatives, called the term “subtle subterfuge that gays are pedophiles.”

“The left goes, ‘You’re a bigot,’ and the right goes, ‘You’re a groomer,’” Moran said. “I will take flak from people that this is reinforcing a trope that is not beneficial for anybody who’s gay in public life. Pedophiles exist at a much higher proportion in the straight community than the gay community, but it is always a shtick our critics will go back to.”