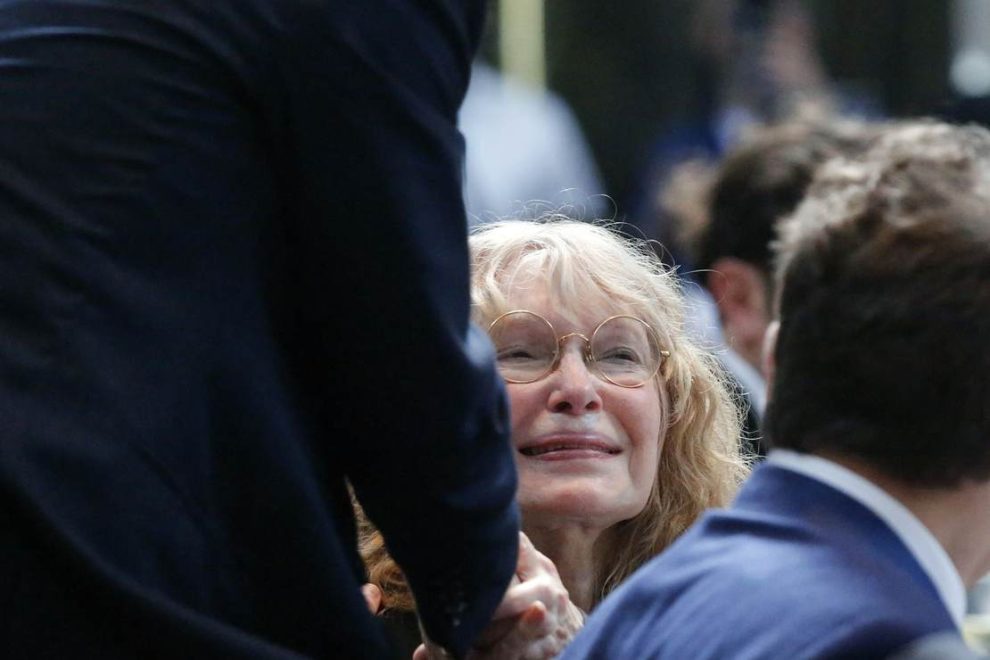 The Elon Musk/Twitter drama has been playing out for months now. Back on April 25, when he was first attempting to buy the woke social media giant, Musk tweeted: “I hope that even my worst critics remain on Twitter, because that is what free speech means.” A chorus of Leftist A-listers, B-listers, and Z-listers, however, immediately made it clear that they weren’t going to oblige him. If he was going to allow something as dangerous and evil as the freedom of speech, then these fascists declared they were going to take their marbles and go home. But as of this writing (Friday, 8:45AM Pacific time), those who insisted that it was either Musk or them are still on Twitter. The far-Left glitterati hate the freedom of speech, but they just can’t quit it.

Unhinged Leftist activist Amy Siskind tweeted on April 25: “I am sitting with my thoughts and watching, and haven’t decided if I am staying here. I have a huge philosophical issue knowing whatever content I provide here goes directly towards enriching one man, who I think is absolutely awful. Watching. His platform is hemorrhaging users.” She added: “People need to understand that this is no longer a public company. Every post you make here is free content to enrich one man, Elon Musk. He is completely in control and answers to no one. I don’t view him as a mentally stable person.”

If anyone knows mental stability, it’s Amy Siskind, who announced in December 2018: “I will not support white male candidates in the Dem primary,” and who then tried to get a Leftist professor fired for disagreeing with her identity politics.

Siskind has now reiterated her intention to leave – soon! Really! On Friday, she tweeted: “I am here through midterms to help mobilize the vote. After, if the man child allows the neo-Nazi and hate leaders back I will keep an account here, but stop providing content (this drives him really crazy). You can find my content on Facebook until a better thing comes along.” She claimed that her fellow Left-fascists were leaving Twitter in droves: “I have already lost thousands of followers here who have fled the platform, and hundreds have migrated to Facebook it appears. Safe spot for now until a better option materializes.” Safe, that is, from those horrible unwashed patriots daring to express opinions that dissent from the Leftist line. Will Siskind make good on her promise to leave after the midterms? Well, after that she’ll have to mobilize the cadres for 2024, so we shall see.

Hard-Left actress Mia Farrow tweeted back on April 25: “Well if Twitter becomes even more toxic- with Trumpy-treasonous lies & all the hatred- it will be taken less seriously, and people like me will quit- for peace of mind.” Yes, because if anyone is taken seriously for her thoughtful political opinions, it’s Mia Farrow, who in 2018 called on Clarence Thomas to resign from the Supreme Court, long before the controversy began over his wife’s pro-freedom activism. Farrow apparently wanted him gone simply for the crime of disagreeing with her and her fellow Left-fascists.

Farrow last tweeted at 12:37PM Eastern on Thursday, so it remains to be seen if she will opt for leaving Twitter to preserve her “peace of mind” instead of exposing herself to the trauma of seeing views that differ from her own.

WWE Hall of Famer and noted Left-fascist Mick Foley tweeted on April 25: “I’ll be giving some serious thought to leaving @Twitter for good in the near future. I do not have a good feeling about where this platform is heading.” Foley apparently decided to stick around, at least in order to parrot Leftist agitprop about how “our democracy,” by which Leftists always mean their hegemony, is in peril. On Thursday evening, he tweeted: “Our democracy has never been more fragile. Please help keep it alive. #VOTE.”

Will Leftists leave Twitter en masse if Musk really restores banned accounts (notably Donald Trump’s and Matt Margolis’) and makes it clear that views that dissent from the Leftist line on transgender issues, the 2020 election, and other points that got people banned before will now be tolerated on Twitter? If so, they will only reinforce the impression that they’re a bunch of fascists who can’t bear the enunciation of opposing views and would prefer to crush their opponents rather than debate them. As if we didn’t know that already.