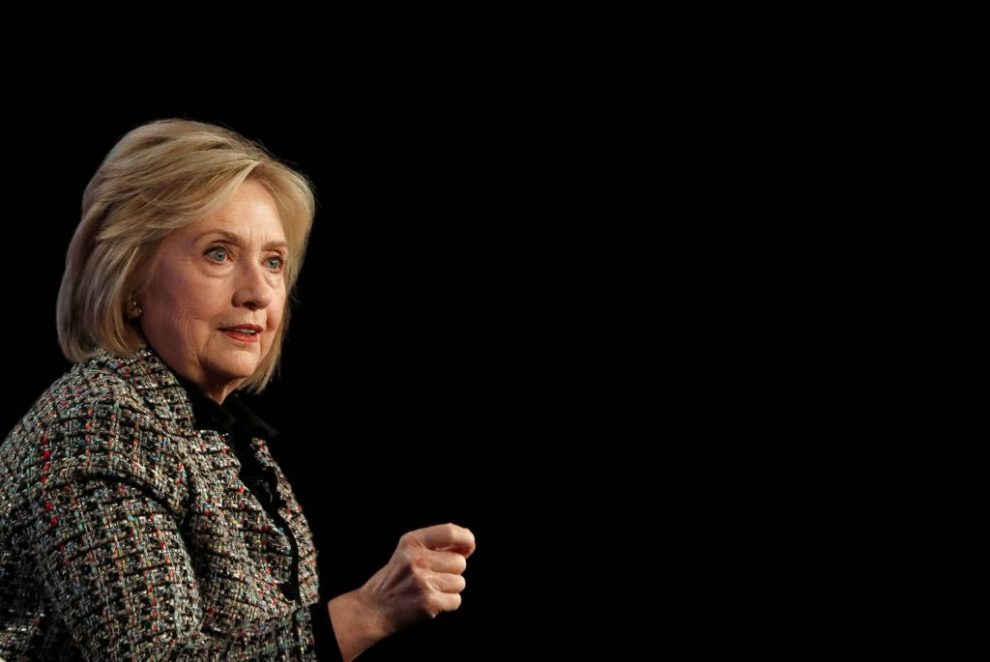 People on the left tried to ridiculously spin the fact that people at a Trump rally in Ohio last weekend raised their hands during his remarks. That’s it. That’s the “horror.” The Trump supporters held up their index fingers, like a “1.” Now, why was not clear, although, in context, President Donald Trump was talking about how we were Americans — “one people…one glorious American nation” — who kneel to God alone.

I’ve watched every Trump speech/rally for the last 6 years, and this closer was the most powerful one he’s ever given.

The music behind him was a masterful touch. pic.twitter.com/ykBxzDNC6i

But people on the left tried to compare the gesture of some of the people at the rally to the Nazi salute, just because their hands were raised. Oh, no, everyone who raises their hands must be Hitler!

Oh my gosh Obama was Hitler too pic.twitter.com/zRsmMc2a70

So if Hitler drank water, Trump drinking water would be Hitler adjacent too, right? That’s how ridiculous these people are at this point.

Perhaps the worst take was from Hillary Clinton, who is still desperate for relevance. She’s always attacking Trump and has never gotten over her loss to him, even almost six years later. She’s also always gauging what the left is talking about so she can appeal to them. So the woman who called millions of Americans “deplorable” is now comparing Americans to Nazis being “drawn in by Hitler.”

“I remember as a young student, you know, trying to figure out, how people get basically drawn in by Hitler. How did that happen?” she said during the Texas Tribune Festival in Austin, Texas on Friday. “I’d watch newsreels and I’d see this guy standing up there ranting and raving, and people shouting and raising their arms. I thought, ‘What’s happened to these people?

“You saw the rally in Ohio the other night, Trump is there ranting and raving for more than an hour, and you have these rows of young men with their arms raised. I thought, ‘What is going on?’”

Yes, how dare Trump talk about the greatness of America and “one glorious American nation.” How Hitlerian can he be! Or should we say that the problem is with the Democrats when they have a problem with such things and honoring America?

A Trump spokesperson eviscerated Clinton’s take on the rally.

“As usual, the media is working hand in hand with the Democrats weeks before an election,” said spokesman Taylor Budowich. “It seems like perpetual-failed-candidate Hillary Clinton’s basket of deplorables has run stale, not unlike herself,” Budowich said. “It’s pathetic, it’s divisive, and it is further cementing her legacy of cringe.”

What’s ironic on top of it all is the projection. Clinton said this when indeed, it was Joe Biden ranting and trying to dehumanize millions of Americans. Calling Americans “deplorable” isn’t enough now, they have to call them Nazis and extremists, inciting division and hatred against them. That’s a lot more Hitlerian than anything Trump said.