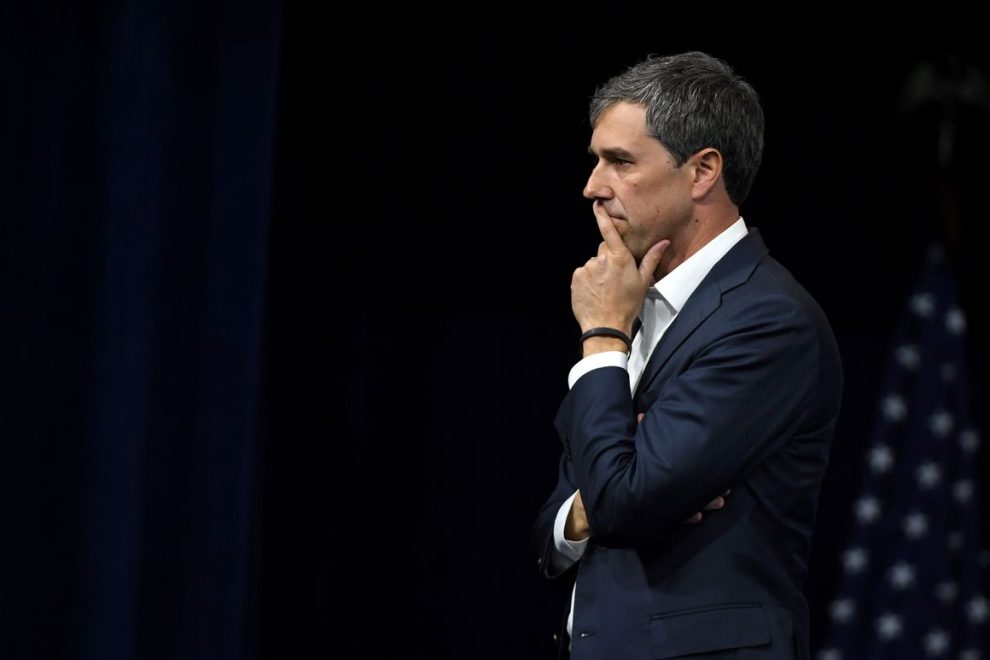 Break out the rubber chickens. Twenty-one people are dead in Texas, 19 of whom are kids, and members of the left have somehow thrown themselves into a jester-fest to see who will be the master of jackassery.

As our intrepid reporter Jeff Reynolds reported, Barack Obama, in a stunning display of gormlessness, climbed atop the pile of dead kids in Uvalde, Texas to remind us of the death of career criminal martyr George Floyd.

As we grieve the children of Uvalde today, we should take time to recognize that two years have passed since the murder of George Floyd under the knee of a police officer. His killing stays with us all to this day, especially those who loved him.

Not to be out-doofused, Beto Robert Francis O’Rourke, the perennial loser of Texas elections, interrupted a press conference on the tragic shooting in Uvalde to humiliate himself in a way that would impress P.T Barnum. PJ Media’s own Victoria Taft reported on it here.

The left has a history of going full guntard when mass shootings occur.

Washington Post Senior Editor Marc Fisher, desperate for a way to squeeze Hitlerites into the gun dialogue, tweeted some military-grade buffoonery four years ago after a school shooting. I’ll just let you read it.

Invented for Nazi infantrymen, further developed by the US military, the AR-15 was the Texas school shooter’s weapon of choice…. https://t.co/Pw3AwI9pbc

As I’m sure almost all of you know, the AR-15 WAS NOT “invented for Nazi infantrymen” but jackpudding leftists like Fisher aren’t afraid to lie to make some sort of “Nazi” comparison when it suits their narrative.

The accompanying article is swimming with the hysteria that one usually only witnesses on the Facebook profile of an attention-starved, transgendered person who missed karaoke that week.

“The AR-15, the military-style rifle that a gunman used to kill 17 people at a South Florida high school Wednesday, is at once a ferociously powerful weapon, a symbol of freedom and individualism, and an object of despairing worry about the future of democracy,” he wrote.

Psst, dude, the AR-15 ENSURES the future of democracy.

Eating Crow With a Side of Foot

Remember last year when a white man killed ten people in Colorado? No, you don’t because the murderer was a Muslim who killed only white people. That little factoid didn’t keep the left from attacking “white domestic terrorists.”

Extremely tired of people’s lives depending on whether a white man with an AR-15 is having a good day or not.

What’s up dumb ass.. you went to law school right didn’t they teach you there to gather all the evidence and not to speak without knowing the facts?

Not the Bee scooped up 25 of the most egregious examples of idiocy regarding that shooting.

Let’s not forget how the left tried to blame “white supremacy” and “anti-Asian violence” when a man shot six Asian prostitutes, one white man, and one Hispanic man in a Georgia brothel attack, even though the shooter claimed his motivations had nothing to do with race. He hated hookers because of his “sex addiction.”

Relic author Stephen King used a school shooting in Michigan to call for the end of the 2nd Amendment, like England — you know, the people we used guns against to fight for our freedom from tyranny.

Another school shooting. 3 killed, more injured, hundreds terrorized. Until there are gun laws with teeth in this country—such as those in Great Britain—our children will continue to be sacrificed on the altar of the 2nd Amendment.

Liberals love their histrionics and won’t stop any time soon. Their plan is to take our guns. Useful idiots will use tragic school shootings to push their gun confiscation nonsense.

As horrific as school shootings are, there is nothing more frightening than an unarmed American population.

You can vote your way into communism or fascism, but you have to shoot your way out.

Taking guns away from law-abiding Americans will not stop the carnage. Evil will always find a way. As terrifying as that is, a lack of guns would only make a bad situation worse.