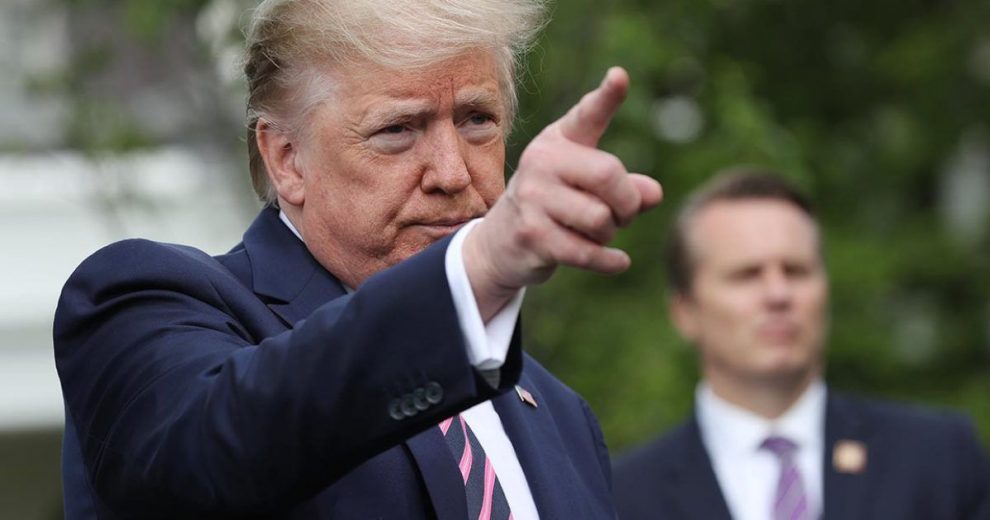 The fourth part of the “Twitter Files” series was published Saturday night by journalist Michael Shellenberger, outlining how Twitter executives twisted the platform’s rules with the intention of blacklisting former President Donald Trump on January 7, 2020.

In a recently published thread, journalist Michael Shellenberger outlined the fourth release of the “Twitter Files” series, detailing the internal workings at Twitter and conversations between executives ahead of the banning of former President Donald Trump.

The Removal of Donald Trump: January 7

As the pressure builds, Twitter executives build the case for a permanent ban

Shellenberger states that following the events at the U.S. Capitol on January 6, Twitter faced immense pressure to ban former President Trump, with many claiming they needed to ban Trump for safety reasons. During this time, then-CEO Jack Dorsey was on vacation and appeared to delegate much of the decision-making to other top executives including Global Head of Trust and Safety Yoel Roth and Head of Legal, Policy, & Trust Vijaya Gadde, the platform’s censorship queen:

But after the events of Jan 6, the internal and external pressure on Twitter CEO @jack grows.

On January 7, Dorsey emailed employees saying that the platform must remain consistent in its policies, including allowing users to return to the platform following temporary bans. Roth reassured an employee that “people who care about this… aren’t happy with where we are.”

On January 7, @Jack emails employees saying Twitter needs to remain consistent in its policies, including the right of users to return to Twitter after a temporary suspension

After, Roth reassures an employee that "people who care about this… aren't happy with where we are" pic.twitter.com/IfDpEVnOtR

Colleagues continued to ask Roth about “incitement to violence,” and on January 8, Twitter announced a permanent ban on Trump’s account due to the “risk of the further incitement of violence.” Twitter said that the ban was based on “specifically how [Trump’s tweets] are being received & interpreted,” but Shellenberger notes that in 2019, Twitter stated that it did “not attempt to determine all potential interpretations of the content or its intent.”

Roth's colleague's query about "incitement to violence" heavily foreshadows what will happen the following day.

On January 8, Twitter announces a permanent ban on Trump due to the "risk of further incitement of violence." pic.twitter.com/psLb5HDGQP

In another discussion, Roth asks a colleague to add “stopthesteal” and “Kraken” to a blacklist of terms to be unamplified. The colleague objects stating that doing so could risk “deamplifying counterspeech” that validated the 2020 election results.

Roth immediately DMs a colleague to ask that they add "stopthesteal" & [QAnon conspiracy term] "kraken" to a blacklist of terms to be deamplified.

The latest Twitter Files release appears to show a general attempt by Roth and other Twitter employees to justify the banning of Trump and attempts to figure out how current policy could be applied in a way that would explain the permanent suspension.

What happens next is essential to understanding how Twitter justified banning Trump.

Sales exec: "are we dropping the public interest [policy] now…"

Shellenberger ends the thread by noting that Facebook’s suspension of former President Trump and its willingness to ignore its own rules put the final nail in the coffin for Trump’s return to Twitter.

"… and places the responsibility for that power on their own shoulders… So they hide behind an ever-changing rulebook, alternately pointing to it when it’s convenient and shoving it under the nearest rug when it isn’t.”https://t.co/JmafTeURoV