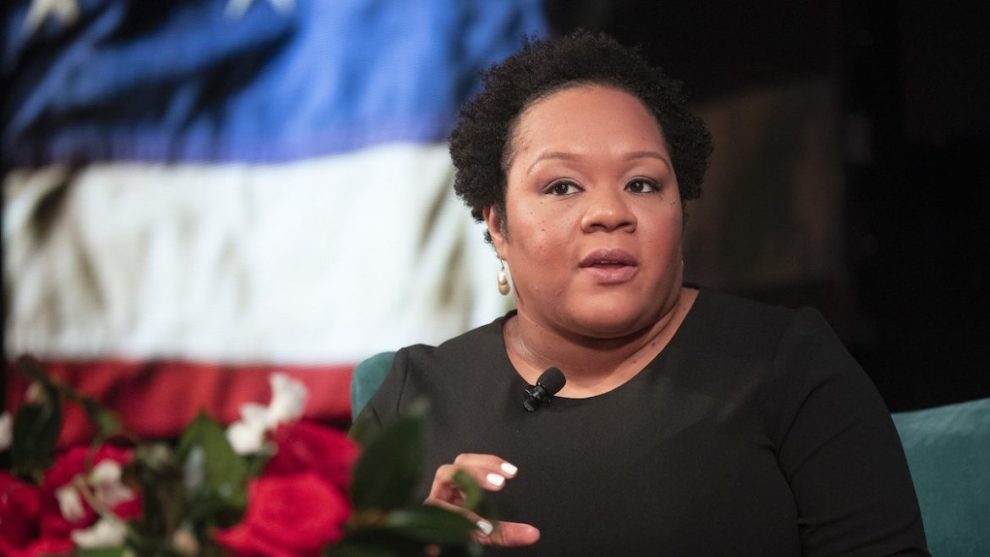 An elections fraud complaint claimed “evidence suggests” that Left-wing legacy media reporter Yamiche Alcindor has been illegally voting in Florida, while her permanent residence with her husband is in Washington, D.C.

The American Accountability Foundation last week filed a complaint asking Florida to investigate Alcindor for potentially illegally voting in the Sunshine State, citing Alcindor’s online statement in 2017 that she “moved” to Washington, D.C., her husband’s voting record, and other evidence.

“I am writing today on behalf of the American Accountability Foundation to request that you immediately open an investigation into Mrs. Yamiche Leone Alcindor to determine whether she has illegally voted in Florida elections,” the complaint says. “Public information indicates that Mrs. Alcindor is a resident of the District of Columbia, and therefore ineligible to vote in the State of Florida. Despite this, Mrs. Alcindor is registered to vote and has voted in the State of Florida.”

If found to have been voting illegally in Florida, the American Accountability Foundation said, it would “justify Mrs. Alcindor being purged from the Florida voter rolls and a referral to the appropriate law enforcement agency to determine whether a criminal investigation is warranted.”

In one tweet highlighted by the group, Alcindor posted on January 13, 2017, “Some news: I moved to DC this week to cover social safety net issues and how Trump’s administration impacts everyday people’s lives.”

Some news: I moved to DC this week to cover social safety net issues and how Trump's administration impacts everyday people's lives.

Only one of three situations can be true, the complaint argues. First, Alcindor lives in Florida while her husband lives in D.C., which the American Accountability Foundation said “appears highly unlikely and is contradicted by documentary evidence.” Second, both Alcindor and her husband Nathaniel Cline are residents of Florida, meaning Mr. Cline is voting illegally in D.C. — also unlikely since Cline is a beat reporter in Washington. Or, third, the “likely answer” according to the complaint is that “Alcindor lives in the District of Columbia but is using the convenience of a property in Miramar, Florida to continue to vote in the state of Florida despite not being a resident.”

“The totality of the evidence suggests that Mrs. Alcindor is illegally registered to vote, and has illegally voted, in the State of Florida,” the complaint asserts.

A spokesperson for NBC News told The Federalist Friday that Alcindor did not break any laws.

“Yamiche’s legal residence is in the state of Florida — the only state where she votes – and she complies with state voting laws and absentee voting guidelines,” the spokesperson said.