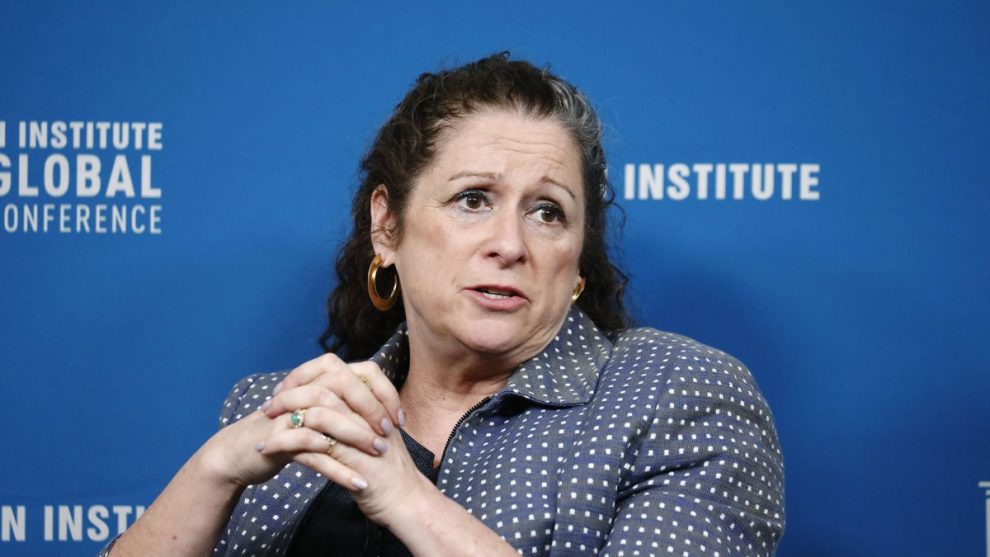 “If this brand [Disney] does not stand for love, what on earth is it for?” she wrote in a recent op-ed for The Washington Post.

In her editorial, Abigail Disney slammed Florida’s Parental Rights in Education law, falsely claiming that its supporters “will not be satisfied until they have erased an entire class of human beings.”

Very proud of this piece. https://t.co/OYKIyetpQV

She also focused on the growing backlash against Disney among conservatives while omitting the fact that it was left-wing LGBTQ activists who dragged Disney into the political debate by pressuring the company to abandon its neutral position and oppose the legislation.

“We need corporations to step up on principle, regardless of what the resulting backlash might look like,” she wrote.

“The only option for corporate leaders is to stand tall for authenticity, generosity, joy and decency. These things are kryptonite for the right-wing agenda. Fortunately, they are also the heart and soul of the Disney brand.”

Abigail Disney’s brother, Roy P. Disney, recently revealed that one of his children is transgender in a fundraiser for the left-wing Human Rights Campaign, saying he was “heartbroken” over the Florida law.

Abigail Disney has been an outspoken critic of Disney senior management, even creating a documentary criticizing the pay gap of Disney employees, focusing on wage earners, or “cast members,” at Disneyland, some of whom say they are unable to afford sufficient food on their pay.