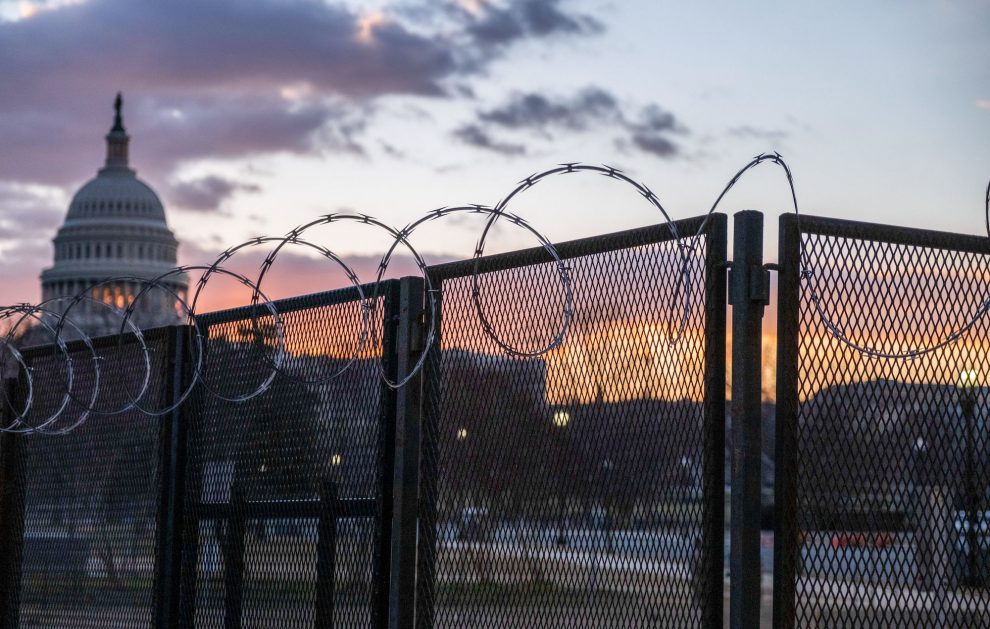 Some Democrats are using the anniversary of last year’s Capitol riot on January 6 to launch an effort to win the 2022 midterm elections by disqualifying Republicans who supported the effort to challenge the 2020 elections results as “insurrectionists.”

The effort, spearheaded by Russia hoaxer Marc Elias, aims to use a provision of the post-Civil War 14th Amendment that was crafted to disqualify former Confederates or anyone who “shall have engaged in insurrection or rebellion against the same, or given aid or comfort to the enemies thereof” from holding federal office. Elias has pushed the effort for months:

"No person shall be a Senator or Representative in Congress…who, having previously taken an oath, as a member of Congress…shall have engaged in insurrection or rebellion against the same, or given aid or comfort to the enemies thereof."-US Constitution

My prediction for 2022: Before the midterm election, we will have a serious discussion about whether individual Republican House Members are disqualified by Section 3 of the 14th Amendment from serving in Congress.

We may even see litigation. pic.twitter.com/pF7P2fw0kn

Elias is the main election lawyer for the Democratic Party nationwide and has worked closely with national party leaders.

Liberal groups — one even calling itself “Free Speech For People” — are following suit. In a press statement Wednesday, they said:

Nonprofit public interest organizations Free Speech For People and Our Revolution today announced a partnership to urge Secretaries of State to bar elected officials who engaged in the January 6, 2021 insurrection from appearing on any future ballot.

“Secretaries of State have a duty to ensure that candidates who seek to appear on their state ballots meet the constitutional qualifications for serving in public office,” says Alexandra Flores-Quilty, Campaign Director for Free Speech For People, “Those who violated their oath of office by engaging in the violent January 6th insurrection do not meet these terms. Thus, we are urging election officials to make clear that insurrectionists such as President Trump and his Congressional allies are barred from ever again holding public office, as is required under the 14th Amendment to the US Constitution.”

“On many levels, our democracy is under threat, and grassroots activists are ready to stand up to defend it,” said Paco Fabián, Director of Campaigns for Our Revolution. “We need to demand that our election officers follow the rule of law and ensure that current and former elected officials who participated in the January 6th insurrection are barred from appearing on any future ballot.”

Anyone who assisted President Donald Trump’s team in encouraging challenges to the election results in Congress is defined as “participating” in the insurrection, according to the coalition, which cites a Rolling Stone report as its source, and names several incumbent Republican members of Congress whom it would disqualify for doubting the 2020 election results.

Some Democrats have already begun demanding the disqualification of Republicans who merely signed legal briefs supporting election challenges in the courts. As liberal constitutional scholar Jonathan Turley, who opposes the disqualification effort, noted recently, the U.S. vehemently opposes such efforts in other countries, such as Iran.

Moreover, as has been shown repeatedly, many Democrats have objected to the certification of election results in the past, and Elias himself led the Democrats’ effort to plant the idea that Trump’s election in 2016 was illegitimate because of “Russia collusion.”

According to the Democrats’ new standard, many of their own — including President Joe Biden — would be disqualified.