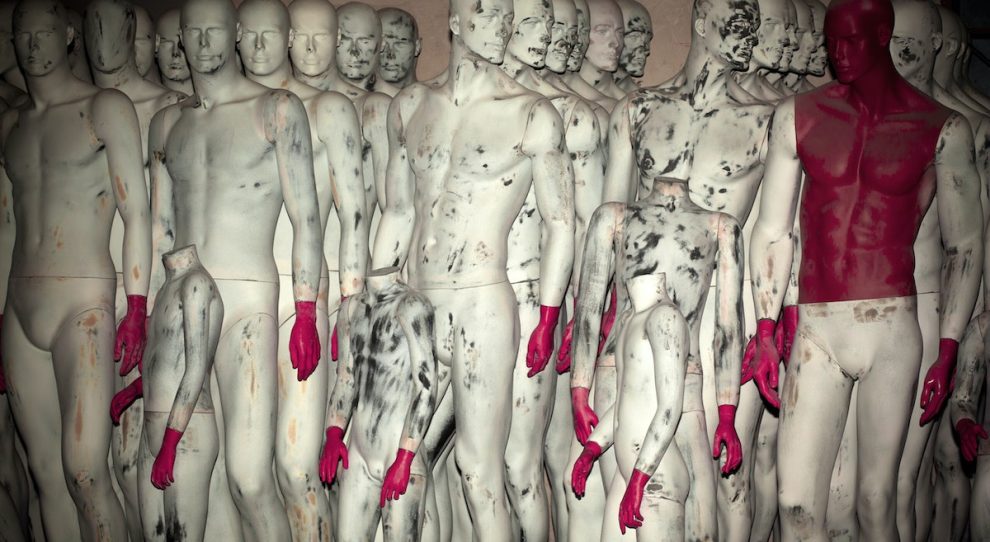 The World Professional Association for Transgender Health (WPATH) recently published its new Standards of Care guidelines, with a controversial chapter that seeks to include “eunuch” as part of the “transgender umbrella.” WPATH held a live-streamed session with two of the major contributors of the eunuch chapter at their annual conference on Tuesday.

Thomas W. Johnson, a professor emeritus of anthropology at California State University, Chico, and a major contributor to the eunuch chapter, opened the session with a history lesson. “eunuch is the oldest recognized gender outside the binary,” said Johnson.

During the history lesson, Johnson said that enslaved people used to be castrated in a similar way to livestock. “Slaves were just another domestic animal,” said Johnson. “Slaves were treated the same way as domestic animals, you castrate the non-breeding populations.”

Johnson describes eunuchs as an “invisible gender.” He estimates there are eight to ten thousand self-identified voluntary eunuchs in North America today. “Most present publicly as male, they’re indistinguishable from anyone else on the street,” said Johnson. “Sometimes they try to appear androgynous, but there is no other real way they demonstrate publicly that they are other than male.”

In an attempt to normalize voluntary castration, Johnson compared those seeking it to prostate cancer patients who have been tragically castrated out of necessity. “Men today are also castrated for medical reasons,” said Johnson. “At least half a million men in North America are currently castrated, whether chemically or surgically, as treatment for prostate cancer.”

Next, Johnson describes the various subcategories of men seeking voluntary castration. “Men with extreme gender dysphoria; they desire to be not male, to be emasculated but don’t want to be female either,” said Johnson. “They have a Male-to-Eunuch Gender Dysphoria that is now part of the SoC 8.”

The second subgroup of men seeking to castrate themselves have a condition known as Body Integrity Dysphoria (BID), which the World Health Organization describes as a mental disorder characterized by “an intense and persistent desire to become physically disabled in a significant way” that “results in harmful consequences.”

“There are others who have a feeling that their genitals are not a proper part of their body,” said Johnson, who explains that an implicit definition of Body Integrity Disorder is now included in WPATH’s new Standards of Care 8th edition. “Body Integrity Dysphoria (BID), this is in the Soc 8. It’s also in ICD-11 6C21,” said Johnson. “It’s there in the ICD as well as the Standards of Care,” he reiterated.

The normalization of the consequences of Body Integrity Dysphoria in the new Standards of Care contradicts statements made by Dr. Marci Bowers, the President-elect of WPATH, who has said that patients with Body Integrity Dysphoria are “kooky” and have “nothing to do with gender identity” in an interview Bowers had with Matt Walsh in The Daily Wire documentary “What is a Woman?”

The final category of men who seek voluntary castration is described as men with “an extreme fetish or paraphilic disorder.” Johnson stresses that men with castration fetishes are not included as part of the new Standards of Care. However, Johnson previously published research that found “[a] large proportion (approximately 40%) of wannabes’ interest in castration was singularly of a fetishistic nature.” “Wannabes” here denotes men who have not yet been castrated, but want to be.

The purpose of including eunuch as a gender identity is clear: so that they can easily access the insurance benefits that cover “gender-affirming care.”

“The 8th version of the Standards of Care (SOC) includes a discussion of eunuch individuals because of their unique presentation and their need for medically necessary gender-affirming care,” reads the introduction of the eunuch chapter.

“Many of them out there are seeking what they term ‘eunuch calm,’” said Johnson, who describes this as a desire to reduce both libido and “reactive aggression.” “This is the road rage, the bar fights, the loss of control, losing one’s temper easily,” Johnson explains.

Johnson then dives into the demographics of those who identify as eunuchs, who often have a college education and have experience castrating animals on a farm. “We have found in looking at the population out there, that a great many of them are very well-educated,” said Johnson. “A lot of them have farm backgrounds, rural backgrounds, that they have witnessed or participated in animal castration, so they know what the procedure is.”

Interestingly, Johnson shared a slide entitled “Threatened with castration as a child” alongside two statistics from a sample he collected data on. The results he found were that 18.1% of eunuchs and 14.6% of “wannabes” were threatened with castration by an adult when they were a child. “I think of that as a very high number, but there’s nothing to compare it with,” said Johnson.

Next, Johnson opened a slide from the Eunuch Archive Message Board, cited in the new edition of Standards of Care. “There is a website where many of them congregate,” said Johnson. Because of the number of visitors to the website, 130,000 registered members according to the Standards of Care, Johnson reckons there must be a lot of people seeking castration. “So there’s a lot of interest out there that is not being taken care of,” he said.

Dr. Michael Irwig, an endocrinologist, was introduced as a contributor to the eunuch chapter and took over the podium. “I am by no means an expert in this field,” said Irwig, who admits to only having “taken care of two eunuch or eunuch wannabe patients.”

Irwig shows a slide with instruments used to castrate animals, specifically the Burdizzo clamp used to castrate beef cattle and the elastrator used on young lambs and goats, the description reads. “There are a large number of eunuch individuals who have performed self-surgery or have had surgery performed by other people who are not credentialed medical providers,” the slide reads.

“We recommend health care professionals should consider medical and/or surgical intervention to eunuch individuals when there is a high risk that withholding treatment will cause individuals harm through self-surgery, surgery by unqualified practitioners, or unsupervised use of medications that can affect hormones,” said Irwig.

Irwig says that a chemical cocktail of hormones and blockers, similar to the regimen offered to adolescent patients who identify as transgender, can be used to chemically castrate eunuchs. “So there are ways to suppress testosterone levels, through hormonal suppression, to explore the effects of androgen deficiency for eunuch individuals wishing to become, for example, asexual or nonsexual or androgynous,” said Irwig.

The eunuch chapter in the Standards of Care 8th edition also indicates that children or adolescents may have a secret eunuch identity. “Like other gender diverse individuals, eunuch individuals may be aware of their identity in childhood or adolescence,” states the new guidelines.

Previous reporting from Reduxx Magazine found that the aforementioned Eunuch Archive, much of which was used to inform WPATH’s eunuch chapter, hosts a trove of fictional stories that feature themes of rape, castration, torture, and killing of children. “Eunuch Archives hosts over 3,000 pieces of fictional child pornography that detail the rape, torture, and killing of children. In some narratives, children with stunted puberty are raped by doctors. In others, children are castrated by force as part of a sadistic sexual torture ritual,” reported Reduxx earlier this year.

Johnson has been a leading member of the Eunuch Archive for over two decades, since 2001, and has published research on his findings. “Many stories feature attraction to, and ablation of, the genitals of pubescent or adolescent males,” reads the abstract of a paper published in Archives of Sexual Behavior.