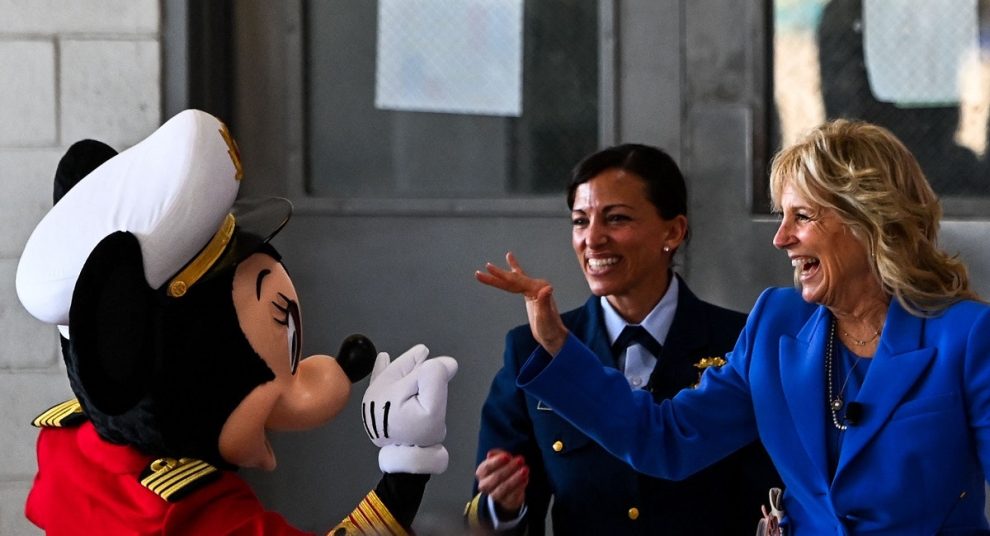 A lawsuit filed by two Disney employees who were fired for refusing the COVID vaccine alleged that Disney is closely enmeshed with the government and that when it forced a vaccine mandate on its employees, it was essentially a “state actor” — which would make it subject to the Constitution’s “equal protection clause,” lawyers wrote.

The theory underscores the extent to which the Biden administration has relied on corporations to implement policies that might not be constitutional for the government to do itself, from social media censorship to airline employee vaccine mandates.

“The Constitution provides that the government, and state actors cannot take life, liberty or property without due process and equal protection of the law,” the suit said. “There is no dispute that the Defense Department was looking to partner with private business in its effort to vaccinate. At what point does partnership go beyond independent entities working voluntarily toward a shared mission to entwinement, such that they can be considered a state actor?”

“Had the government instituted a requirement that all professional athletes and personnel of leading media outlet are required to receive a vaccination, without rights to exemption, such an action would be subject to an equal protection challenge for its treatment of professional athletes and leading media differently than other similarly situated persons,” it said. “A state actor performing such a function is subject to an equal protection challenge on the same basis.”

The lawsuit was filed by Beth Faber and Allison Williams, two former employees of ESPN. ESPN was subject to Disney’s vaccine policies because it is owned by Disney, and both companies are named in the suit.

(After Williams was fired from ESPN, she announced plans to create sports documentaries for The Daily Wire. The government requirement that all companies with more than 100 employees require them to be vaccinated was struck down in the courts after The Daily Wire challenged it.)

The lawsuit said, “The September 9, 2021 termination of Beth Faber, exactly on, and of Allison Williams shortly after, the date of President Biden’s announcement of a business mandate, are more than just symbolic, they are part of a very orchestrated and choreographed partnership.”

Six days later, then-Disney CEO Bob Chapek took part in a White House meeting with Joe Biden on the subject of vaccine mandates. “Chapek’s presence at the Biden Administration’s business summit reflects the active involvement of the highest level of management,” it continued.

“The very same day that the Biden Administration ‘called on leaders in the private and public sector to implement vaccine requirements, saying it will push millions more Americans to get vaccinated,’ Bob Chapek responded to Biden’s call. Biden had stated, or ordered, ‘If you’re a business leader, a nonprofit leader, a state or local leader, who has been waiting for full FDA approval to require vaccinations, I call on you now to do that. Require it,’” the suit said.

The lawsuit said that there has been a revolving door between the White House and the Disney executive offices. “Kristina Schake, who headed the Covid-19 vaccine education campaign of the Biden Administration, was selected by Disney as its new executive vice president of global communications. Disney’s own website refers to her as ‘working at the nexus of government, media, business, entertainment, and technology.’ The close nexus continues, of course, when she works on the private side of the house,” it said.

The suit also alleged that Disney has decades-long ties to the Defense Department, which, alongside the Department of Health and Human Services, ran Operation Warp Speed, the government vaccine effort.

It said the Defense Department owns land at Disney World, and in April 2022, the Department said it would hold its Warrior Games at the Florida resort. The suit said the Department provided key support to the Marvel franchise such as “Iron Man,” now one of Disney’s most lucrative.

The company’s ties to the security state go back to its founding, the suit says, noting that founder Walt Disney himself was an FBI informant who let notorious Bureau Director J. Edgar Hoover have access to Disney scripts, and that the company generated wartime marketing materials during World War II.

The suit noted that powerful corporations are now so large that they are similar to states. Disney has nearly a quarter-million employees, half the size of Wyoming. “It’s no wonder that the federal government turns to a behemoth like Disney, with long established ties to the Defense Department to delegate this public function,” it said.

A Disney spokesman did not return a request for comment.