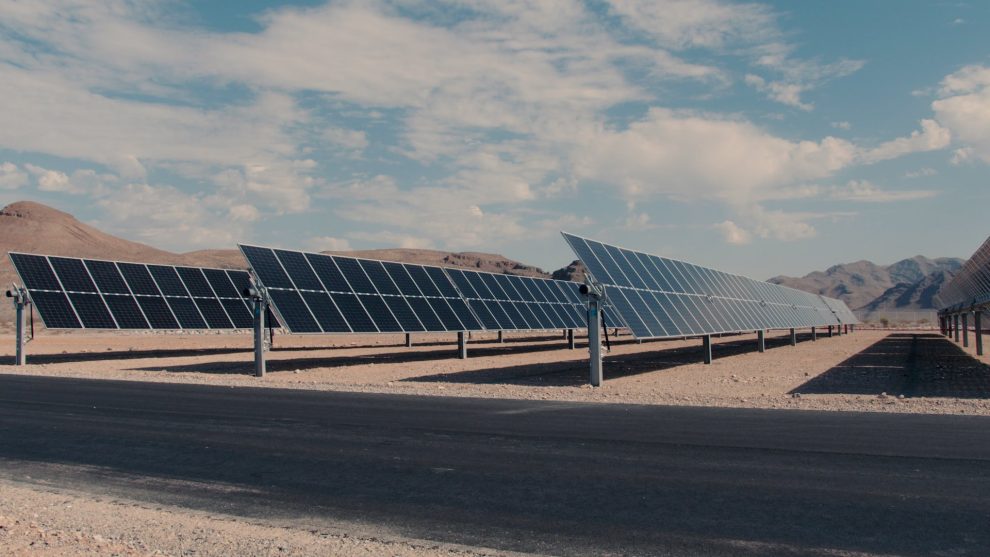 In our post-journalistic age, it’s common for news stories to raise more questions than they answer, but Las Vegas’ KLAS published an item Thursday that would certainly win the Pulitzer Prize in the Unanswered Questions Division, if they had such a thing (and they should). It seems that a man caused major damage to a solar plant and is facing a terrorism charge for doing so. That much we know. But why? What was he trying to do? There is any number of possibilities, and only one can we rule out: the perp was not one of those “white supremacists” who Old Joe Biden and his handlers keep telling us constitute the largest terror threat the nation faces today.

KLAS reported that a man named Mohammad Mesmarian is “facing terror-related charges after police said he rammed his car through a gate at a solar plant outside Las Vegas and set his car on fire, disabling the huge facility.” It seems that Las Vegas Metro police responded to a call from the plant on Wednesday morning; “employees at the plant said they found a car smoldering in a generator pit.”

The plant in question is called the Mega Solar Array, and it is no minor installation: it “provides energy to MGM properties,” which are quite considerable in the Las Vegas area, and “is run by a company called Invenergy.” Mesmarian, however, has put the plant out of action for at least two years by “ramming through a fence and setting the car on fire.”

The first cluster of questions centers around where Mesmarian came from, and how he got so far away from the plant after setting his car on fire there. The car he burned “is registered out of Idaho.” Did he drive it from Idaho to Vegas? Maybe. In any case, “police suspect Mesmarian drove through the fence Tuesday afternoon after employees had left for the day. It was not until 12 a.m. Wednesday when video reportedly shows Mesmarian setting the car on fire.” So what was he doing all Tuesday afternoon and evening?

It gets even stranger from there. Mesmarian “reportedly watched the car burn, sitting in a chair for about 15 minutes before walking off.” Where did he go? “Police located Mesmarian at a campground Thursday — a day after the fire — in Boulder Beach at Lake Mead.” How did he get from the plant to Lake Mead, a half-hour drive away? No one knows.

The second group of questions arises around why Mesmarian did this thing. According to the cops, he “clarified he burned the Toyota Camry a couple of days ago.” He also told police that he “burned the vehicle at a Tesla solar plant and did it ‘for the future.’” For the future? In what way? No telling. Did he do it to save the planet from the Left’s looming climate apocalypse? Is he some kind of hyper-radical environmentalist who objects even to solar plants? Or was he under the mistaken impression that he was setting fire to his car at a conventional power plant? Certainly, radical Leftists have made no secret of their hatred for power plants, and many have been targeted. But a solar plant?

His name also cannot be overlooked in light of the unfortunate fact that there is a large percentage of men named Muhammad (or some variation thereof) who get involved in terror plots and attacks. When Mohammad Mesmarian said he set his car on fire “for the future,” did he mean that he was doing it in hopes of destabilizing American society in preparation for the future establishment of a caliphate?

There is no information on any of this in the available news stories. And given the likelihood that Mesmarian is either a Leftist terrorist or an Islamic jihad terrorist, or some combination of both, we may never get straight answers from a law enforcement and media establishment that remains intent on covering up both as much as it possibly can. If only Mohammad Mesmarian had been wearing a MAGA hat and had told cops that he attacked the solar plant to “make America great again.” Then this story would be receiving lavish round-the-clock coverage and we would already know every detail of this man’s life up to now. But since he doesn’t fit the media narrative, it’s likely to be down the memory hole with Mohammad Mesmarian.