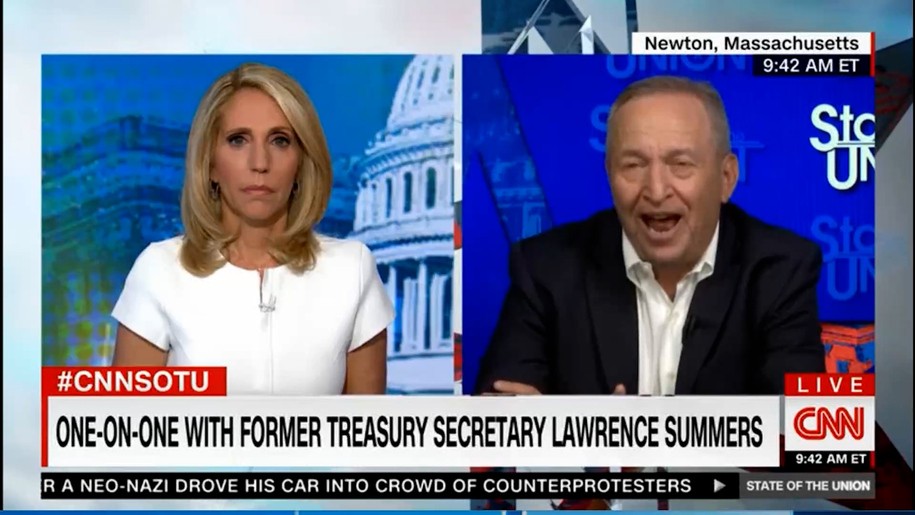 During Sunday’s broadcast of CNN’s “State of the Union,” former Treasury Secretary Lawrence Summers said that “banana Republicans” and the events of January 6, 2021 had contributed to the inflation underway in the U.S. economy.

Summers said, “We should focus on what’s important, not raising input prices for American producers, so they’re less competitive, which is what much of those tariffs do. Instead, we should be focusing on things that allow the leakage of key technologies to China and the like. We should pass at long last some kind of legislation, ideally, on a bipartisan basis that would raise the vastly excessive Trump tax cuts, join the world in taxing corporations, take down prescription drug prices. All of that would operate to reduce inflation. There are things we can do.”

Summers added, “If I can step out of my area for one second. I think the banana Republicans who are saying that what happened on January 6 was nothing or OK are undermining the basic credibility of our country’s institutions. That, in turn, feeds through for inflation because if you can’t trust the country’s government, why should you trust its money? So, I think it’s terribly important that we take the temperature down in Washington. That we recognize behavior that’s just out of bounds of reasonable and decency, we give the Fed the room it needs. We bring down the budget deficit. We take down prices directly through prescription drugs. This is a challenge that we can meet. If we’re prepared to be serious about taking it on.”

See also  Mystery Plane Escapes US and Allied Fighters, Authorities Rush to It After Landing But Can't Believe What They See
→ What are your thoughts? ←
Scroll down to leave a comment: