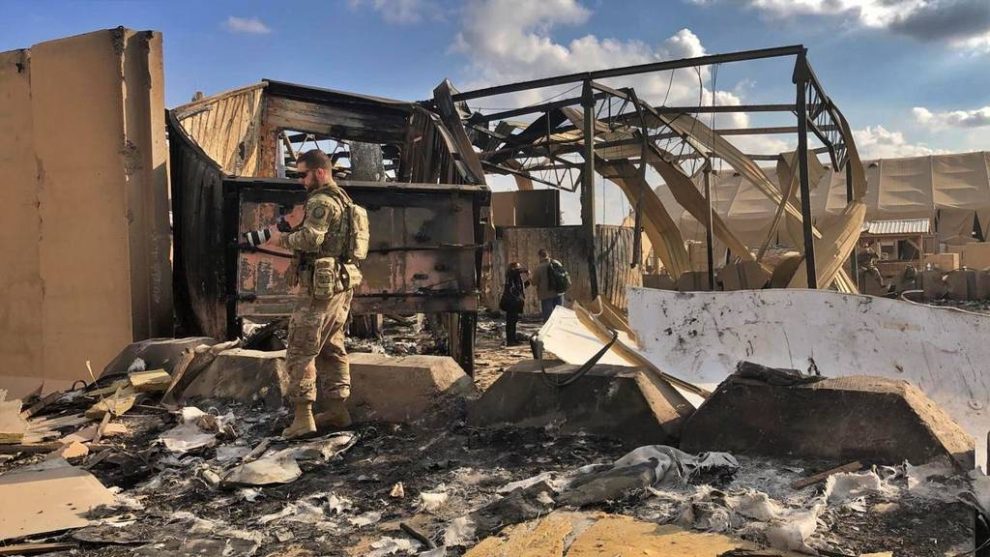 Multiple ballistic missiles have slammed into the US base in Erbil, Iraq, and stunning footage has made its way online showing the bombardment. The scale of the attack and the size of munitions used appears to be far beyond past attacks by militia groups.

Current reports are that the guided munitions were Fateh-110 ballistic missiles, and that they came from Iranian territory. Given the size of the explosions, that seems highly probable.

The weapons system in question is very unlikely to have been used by an Iranian-backed militia group, especially with such accuracy. If these weren’t fired from Syria, and again, the reports are they came from Western Iran, we could be talking about a direct Iranian attack on US forces. It’s probably not a coincidence that this is happening a day after the US and EU suspended negotiations working toward a new JCPOA agreement with Iran.

While a lot here is still unknown, there is a video showing missiles being fired from an Iranian base in Tabriz, which is located in the Azerbaijan region of the country, in the time period before the US base was struck.

6 Fateh-110s were reportedly launched towards the Erbil, allegedly from Khasabad base in Tabriz of #Iran #KRI #Iraq 🇮🇶

If these did come from Iran, from an actual Iranian military base, that’s really bad news for US foreign policy and the prospects of peace. We could be seeing the first moments of a major escalation — not just in the Middle East, but eventually in Ukraine as well, given Iran’s relationship with Russia.

On the home front, it is unconscionable for the Biden administration to continue its appeasement of Iran in pursuit of a pointless nuclear deal. Will this be a wake-up call? We’ll have to wait and see, but I don’t see how this kind of attack can go unanswered.

After I got ready to publish this, one of my most trusted war-time accounts started putting out more videos and information. Here are some more details.

It is unconfirmed but, the pro-#IRGC sources claim that a #USAF's E-11A Battlefield Airborne Communications Node (BACN) aircraft was one of the targets. It is not clear if it is destroyed or not. The moment ballistic missiles hit military section of #Erbil airport. pic.twitter.com/4THAFFvli0