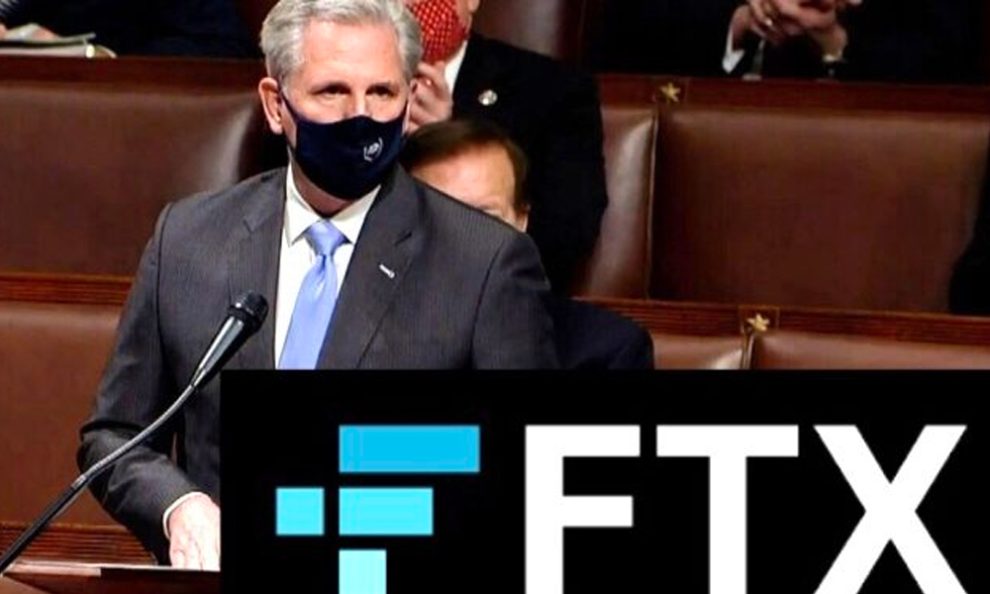 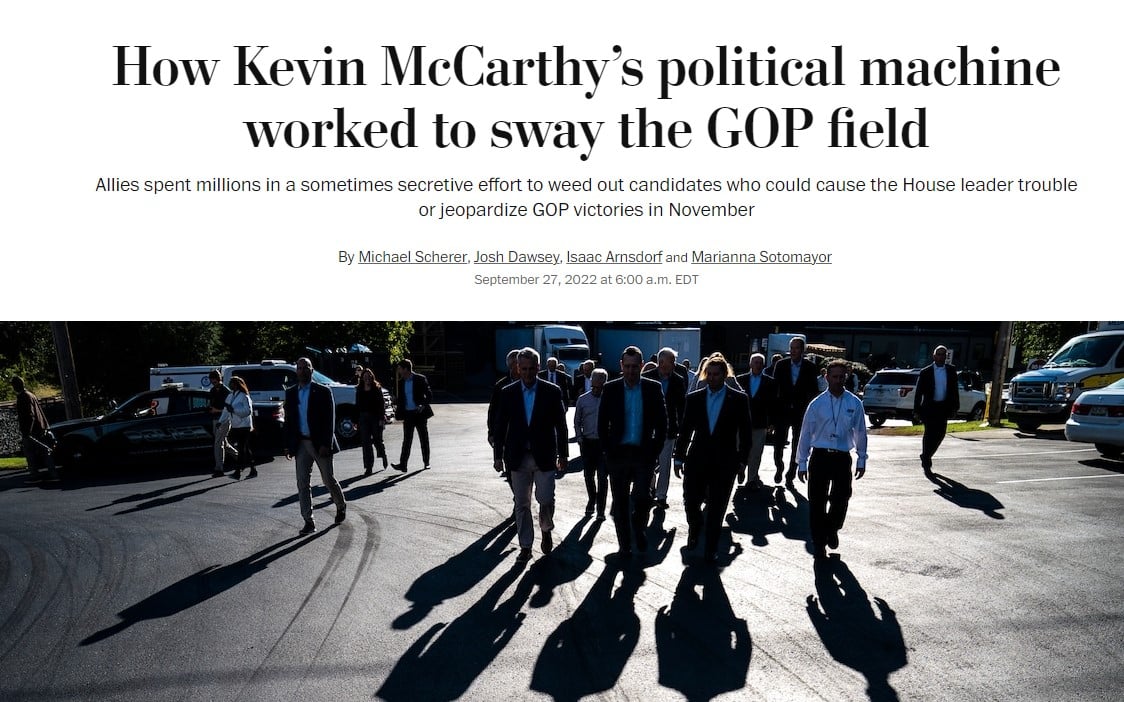 This is really a stunning report.

The National File originally reported on this on Friday.

Of course, it is widely know that the now bankrupt FTX US funded millions into Democrat campaigns through Ukraine.

But at least one FTX player funded hundreds of thousands of dollars to Kevin McCarthy to take out MAGA lawmakers.

We recommend you read this entire article to understand that Kevin McCarthy is NO FRIEND of MAGA!

Top allies of Kevin McCarthy, the House Republican leader, worked this spring to deny Cawthorn a second term in office, after the Donald Trump-endorsed lawmaker made controversial comments about cocaine use and sex parties in Washington that led McCarthy to announce he had “lost my trust,” according to multiple Republicans briefed on the effort, which has not been previously reported.

GOP lobbyist Jeff Miller, one of McCarthy’s closest friends and biggest fundraisers, and Brian O. Walsh, a Republican strategist who works for multiple McCarthy-backed groups, were both involved in an independent effort to oppose Cawthorn as part of a broader project to create a more functioning GOP caucus next year, said the Republicans, who like others spoke on the condition of anonymity to discuss private conversations.

Targeting Cawthorn was part of a larger behind-the-scenes effort by top GOP donors and senior strategists to purge the influence of Republican factions that seek disruption and grandstanding, often at the expense of their GOP colleagues. The political machine around McCarthy has spent millions of dollars this year in a sometimes secretive effort to systematically weed out GOP candidates who could either cause McCarthy trouble if he becomes House speaker or jeopardize GOP victories in districts where a more moderate candidate might have a better chance at winning.

The allies close to McCarthy have sometimes taken steps to conceal their efforts, as they did in the Cawthorn case, with money passing from top GOP donors through organizations that do not disclose their donors or have limited public records, federal disclosures show…

…In the weeks before his primary, a group called Results for N.C. spent $1.7 million to defeat him and support his opponent. The National Association of Realtors, which gave $600,000 to CLF, gave $300,000 to the cause. A nonprofit that does not disclose its donors, Americans for a Balanced Budget, gave $830,000.

Most of the rest of the money, $700,000, came from Ryan Salame, an executive at crypto currency exchange FTX U.S., a major donor both to McCarthy’s own operation and to other groups backing McCarthy’s favored candidates. West Realm Shires Services, the corporate name used by FTX U.S., gave $750,000 to CLF in August. Advisers to Salame and FTX declined to comment.