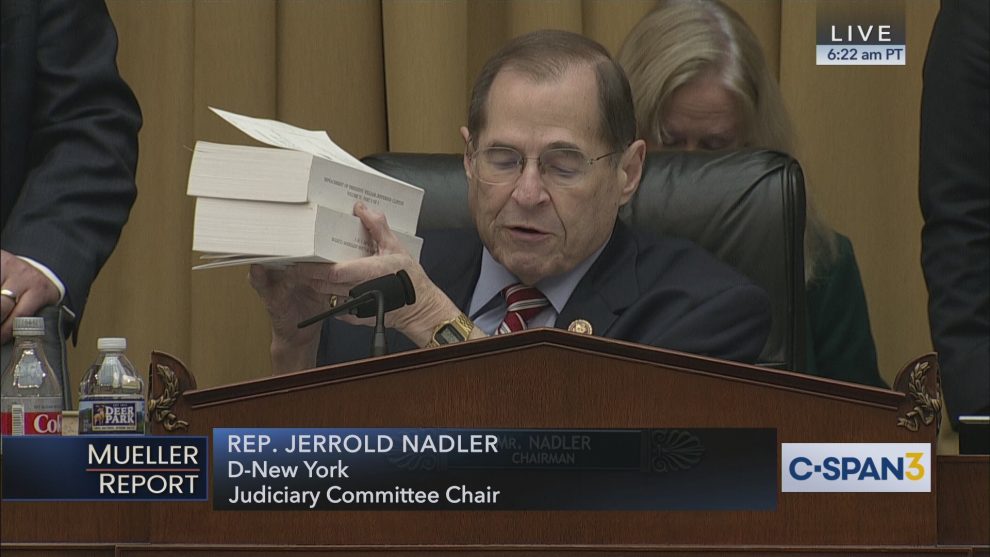 As the House Judiciary Committee considered whether to hold Attorney General William Barr in contempt of Congress for refusing to hand over the unredacted Robert Mueller report, Rep. Buck resurfaced some quotes from Congressman Nadler opposing the release of the Ken Starr report. The Starr report detailed how then-President Bill Clinton lied under oath about his sexual relationship with Monica Lewinsky.

Buck said, “Mr. Chairman, you said in 1998 that a report of this kind is ‘a prosecutor’s report,’ by its nature a one-sided report.”

The Colorado Republican also referenced Nadler’s comments that grand jury testimony is often “unverified” and could be “salacious,” and its release would be “unfair.”

“You said it would be ‘grossly unfair’ to allow members of the Judiciary Committee to see the materials in relation to a report involving obstruction of justice by a Democratic President,” Buck said.

“Given your position, I offered an amendment several weeks ago to protect those materials [grand jury material], and the Democrats on this committee objected and voted against my amendment,” Buck added.

Congressman Buck said that during the Richard Nixon impeachment proceedings, the committee adopted rules to protect against leaks but, “I note for the record, we have not.”

Congressman Buck then said that Nadler said that impeaching Clinton would amount to a “partisan coup d’etat.”