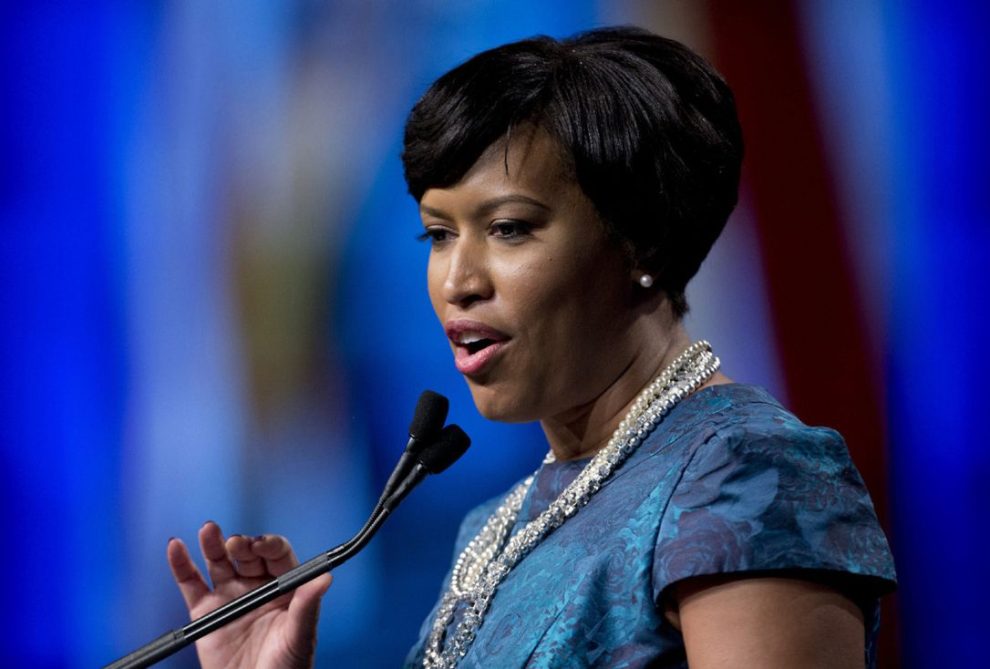 Washington D.C. Democrat Mayor Muriel Bowser complained Friday that the nation’s capital is not equipped for the influx of illegal immigrants being sent by red-state governors fed up with the porous Mexican border.

“We’re not a border town,” Bowser told reporters Friday. “We don’t have an infrastructure to handle this type of and level of immigration to our city … We’re not Texas.”

DC Mayor Muriel Bowser: "We're not a border town. We don't have an infrastructure to handle this type of and level of immigration to our city … We're not Texas." pic.twitter.com/n8NgZLwj16

Bowser did vow to build an “infrastructure” to help her city absorb illegal immigrants, but in the meantime, said D.C. can’t handle the newcomers. Twitter users roasted Bowser, who in 2018 declared Washington, D.C., a sanctuary city for illegal immigrants.

“You’ve claimed to be a sanctuary city for years, and you’re just NOW planning on infrastructure to support that effort?” wrote one Twitter commenter. “And you think immigration is a Texas problem? SMH”

“What kind of “infrastructure“ does she think exists in Texas?” asked another person on Twitter.

“Funny how it’s not a problem till it comes knocking on her door, then suddenly her city is all kind of excuses why not to deal with that problem,” wrote another. “Lame excuses, really. Hypocrite much?”

More than 2 million illegal immigrants have crossed the border into the U.S. since President Joe Biden took office and rescinded many of the Trump administration’s border security measures. The Texas governor says his state’s border towns have been flooded with illegal immigrants, and sending them to jurisdictions that support the Biden administration’s lax border policies is only sensible.

According to Abbott’s office, more than 7,700 illegal immigrants have been dropped off in Washington and more than 2,100 in New York since April. The state has spent an estimated $12 million chartering the buses.

In addition to Bowser, other Democrat leaders, including Illinois Governor J.B. Pritzker and New York Mayor Eric Adams, who have all supported the administration’s border policies, have decried the busing tactic and said their cities and states cannot absorb the influx of illegal immigrants.

The red-state tactic exploded into the national spotlight early Thursday, when planes sent by Florida Governor Ron DeSantis, whose state has seen thousands of illegal immigrants dropped off by the Biden administration, brought 50 illegal immigrants to Martha’s Vineyard. The island, mostly populated by wealthy liberals, was unwilling to absorb the migrants and sent them off to a military base the next day.

Bowser last week declared a public emergency over the previous arrival of buses from Texas and Arizona. She has sought help from the National Guard in dealing with the problem but has been denied twice by the Department of Defense.