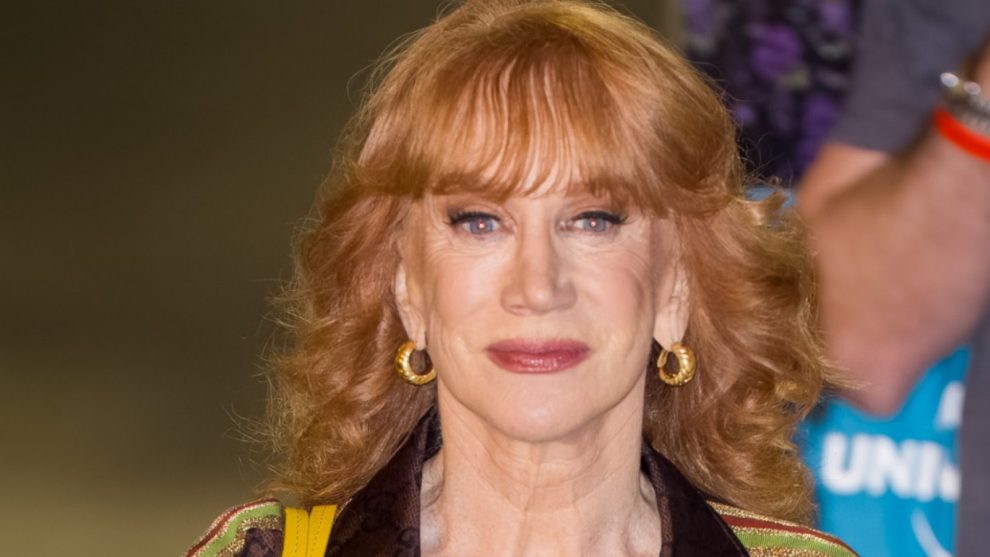 Kathy Griffin has turned on actor Johnny Depp in the wake of his $15 million win in the Amber Heard defamation trial, calling the Pirates of the Caribbean star an “orange, fat, bloated boozebag… Donald Trump with a ponytail.”

Karem asked the comedian for her thoughts on the Depp-Heard trial. She quickly obliged, prefacing her comments by saying she is “friends with Amber Heard,” adding, “I completely believe her.”

Griffin observed the verdict was “really disturbing” to her as a woman and a feminist.

She lamented the public response to the trial was a “social media bloodbath,” and cautioned #MeToo is not dead yet.

“I just think Depp is gross,” she declared:

These Johnny Depp stans that are talking about this trial and yet they refuse to show pictures of what he looks like now, which is a big orange fat bloated boozebag. He looks like Donald Trump with a ponytail. And so they keep sticking up for him and being like, “Amber is taking down Johnny! He’s so gorgeous and dreamy!”

Griffin continued, “I’m like, okay, he talks like Kanye when Kanye had his jaw wired. He has a fake accent like when Madonna turned British. So, you know, who are we kidding here?”

Karem agreed Depp’s newfound accent was as confusing to him as it is to her.

“He’s a Kentucky boy, so every time I hear that from him I go, ‘He didn’t learn to speak like that in Kentucky,’” Karem said.

“He learned it from his idol Keith Richards,” Griffin retorted.

As Breitbart News reported, the jury in a Fairfax County, Virginia, courthouse decided Wednesday that Depp and Heard each wronged the other, though Depp was the more aggrieved party, in a defamation suit and counter-suit that rang around the world.

"The jury gave me my life back. I am truly humbled." https://t.co/APtWZ0bgPi

Heard’s lead attorney Elaine Charlson Bredehoft has since revealed the actress is “absolutely not” able to pay the roughly $8.35 million in damages due to her former husband following her stunning civil suit loss.

After being asked Thursday on the Today Show if Heard is “able to pay a $10.4 million judgement,” Bredehoft said, “Oh, no, absolutely not,” adding they plan to appeal the decision, claiming the jury was tainted by opinions posted social media during the six-week televised trial.