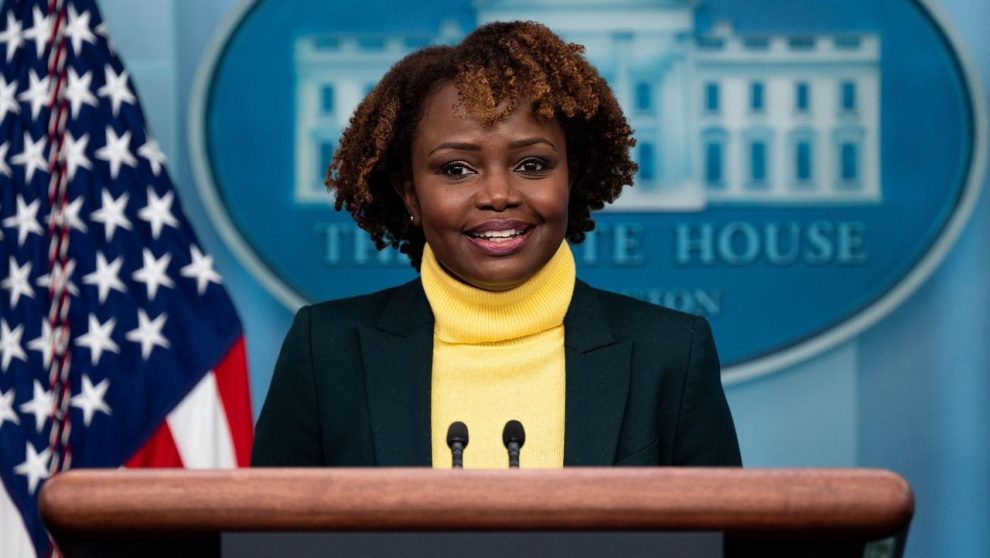 A reporter pointed out that Sen. Jean Shaheen (D-N.H.) is upset with Joe Biden for supporting a proposal that would put South Carolina ahead of New Hampshire in the primary schedule, and that Shaheen believes that New Hampshire “is now vulnerable for her party” because of that.

“Does the president have a response to that?” the reporter asked.

“So, look, we honor — we honor the Hatch Act, as I mentioned many times before, here, as we are talking about a potential election — a 2024 presidential election,” Jean-Pierre began. “But, looking backward, it is the ultimate irony, you know, that the 2020 election was — was proven by the Trump administration’s Homeland—”

It was at this point that Jean-Pierre realized she was reading the response for a completely different question. “Oh, sorry, I think I got ahead of myself there,” she said, then laughed, before finding the correct script to parrot.

Jean-Pierre has long faced criticism for her reliance on scripted answers, and this incident proves really just how bad she still is at her job.

Twitter
See also  ‘Absolutely Not’: Swalwell Claims His Relationship With Suspected Chinese Spy Didn’t Compromise U.S. Security
→ What are your thoughts? ←
Scroll down to leave a comment: