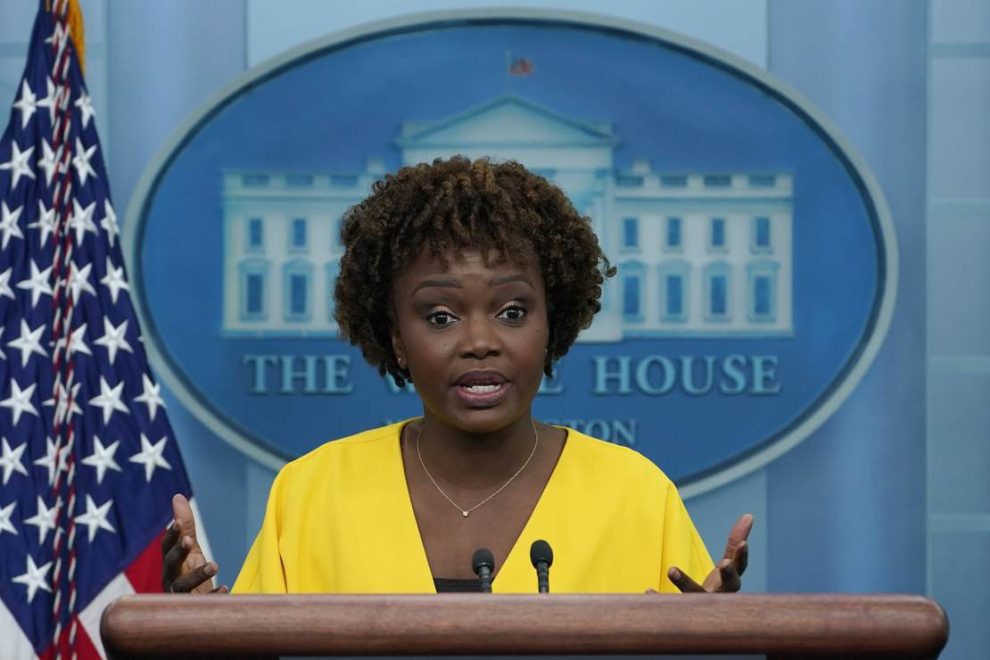 The White House Press Secretary was out doing damage control on ABC’s This Week over the FBI raid of the Trump family home.

“[Biden] ran on not politicizing the DOJ — he has said that as president — but how concerned is he to see this investigation play out in the middle of a campaign, at least raising the appearance of a politicized Department of Justice?” asked Jon Karl, Chief Washington Correspondent for ABC News and co-anchor of This Week.

Jean-Pierre declared “this is not true” and went on to defend Attorney General Merrick Garland, stating that he is not the President’s lawyer and that Biden believes in the rule of law.

”We do not interfere, we do not get briefed,” Jean-Pierre stated. “The Department of Justice—again when it comes to law enforcement matters it is independent—complete independence—and I’m just not going to comment on that…because we’re going to let Merrick Garland speak for himself.”

Moreover, the comments she did make did nothing to dispel any concerns about the politicization of the DOJ. She might as well have said, “Nah, we wouldn’t do that. Trust me. I’m from the government.”

-What steps is the Biden Administration taking to ensure transparency and an ethical standard of behavior to the public? Especially when there have been signs of politicization of certain individuals within the department in the past, as in the case of Peter Strzok, a top FBI agent assigned to the Mueller investigation, and Lisa Page, an FBI attorney.

-Why not appoint a nonpartisan third party to investigate?

-Why did the AG take so long to give a statement on the raid?

-Why did the DOJ take so long to release the redacted search warrant and the property receipt?

-Why does the DOJ seem selective in its investigations, going after Trump, President Joe Biden’s former — and possibly future — presidential competition, but not Hunter Biden? (Remember the laptop?)

-How could it be that the Biden Administration was unaware of the raid?

Therein lies a big question. The Biden Administration did not know? The executive agencies (like the FBI, CIA, CBP, etc.) are under the full authority of the President. The White House Press Secretary is really going to say that Joe Biden, the head of state, was none the wiser when it came to the FBI’s dealings with the President’s political opponent?

No, no, of course not. He’s a normal guy, you see? He found out on the news like everyone else. He’s just like you!