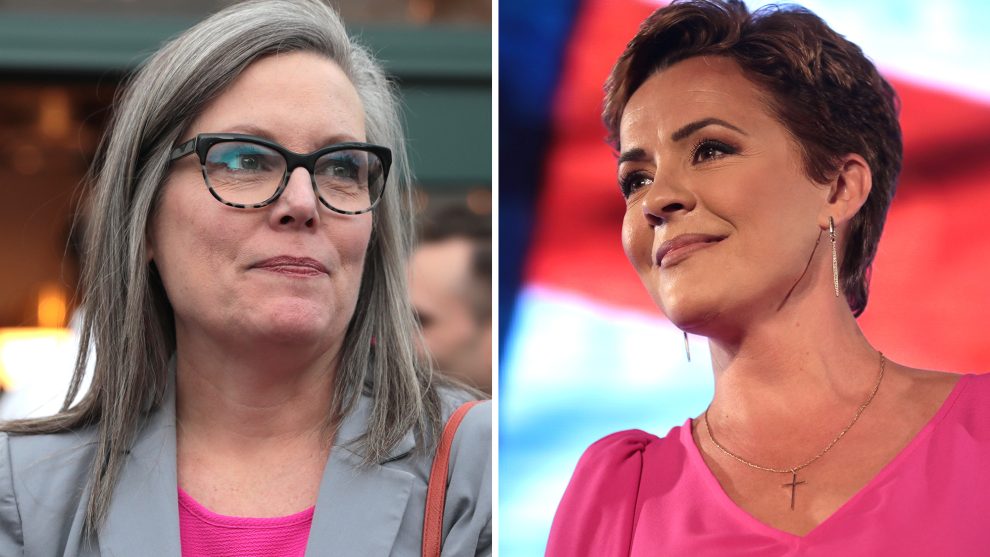 BREAKING: Our Election Case is going to trial. Katie Hobbs attempt to have our case thrown out FAILED. She will have to take the stand & testify.

Buckle up, America.
This is far from over. pic.twitter.com/291EnXPP3U

The trial will proceed with evidentiary hearings on Wednesday and Thursday this week.

The Gateway Pundit reported earlier that Kari Lake’s attorneys gave an oral argument over the motions to dismiss in court this morning.

The outcome of today’s hearing is HUGE. This is the FIRST time an election case has gone to trial since 2020!

.@KariLake going to trial is one of the biggest victories for election integrity we've had in decades.

Don't let them down play this. It's huge.

A Runbeck whistleblower revealed in Lake’s filing that HUNDREDS OF THOUSANDS of ballots had no chain of custody documentation. This is a shocking and massive violation of the law. Twenty-five thousand ballots were added to Maricopa County’s totals after election day with no explanation of why the number of remaining ballots could increase. Also, tens if not HUNDREDS of thousands of mail-in ballots with mismatched signatures were illegally counted in violation of Arizona law.

They are going to trial on the major chain of custody issue which could overturn the election. The issues regarding fraudulent mail-in ballots and signature verification was tossed.
Ross Trumble shared this breaking news on Twitter.

Motion to dismiss by @katiehobbs on 325k ballots with chain of custody issues in Lake V. Hobbs is DENIED

Read the full decision here and below: