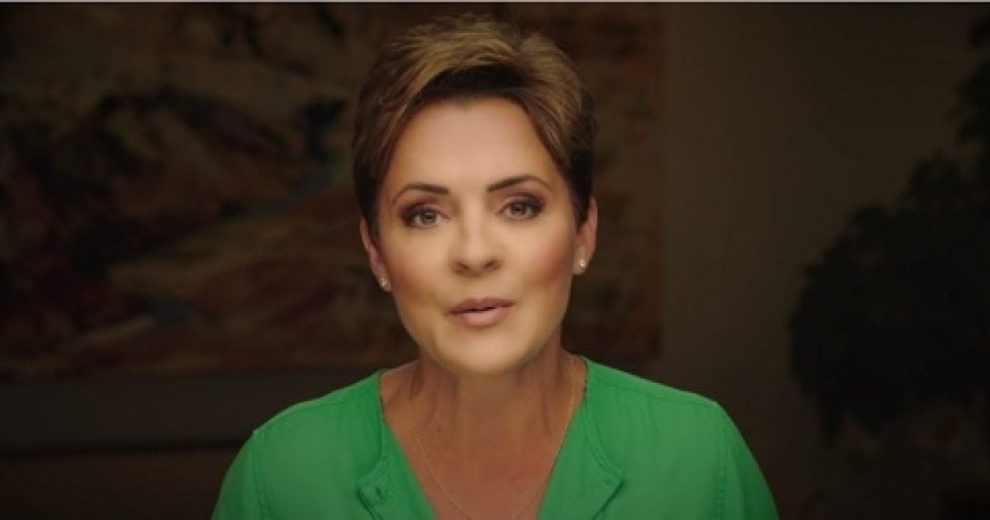 Republican Kari Lake on Friday filed a lawsuit to nullify the 2022 midterm election results for the governor’s race in the state of Arizona.

“@KariLake’s legal challenge will be one for the history books.”

The Gateway Pundit reported earlier that Kari Lake filed her lawsuit. We now have the full document to share with our readers.

Attorney Kurt Olsen told The Gateway Pundit, “We have put forward evidence that unquestionably shows that this election was stolen with illegal votes and likely fraudulent votes.”

The lawsuit begins, “the eyes of the Country are on Arizona. On November 3o, 2022, Rasmussen Reports published a poll of likely U.S. voters asking about the Election Day problems with vote tabulation in Maricopa County. This poll asked whether responding voters agreed or disagreed with Contestant Kari Lake’s statement calling the election ‘botched’ and stating, ‘This isn’t about Republicans or Democrats. This is about our sacred right to vote, a right that many voters were, sadly, deprived of on [Election Day], November 8th.’ The results of that poll are stunning, Severnty-two percent (72%) of Likely Voters said they agree with Lake’s statement, including 45% who Strongly Agree.”

Never in US history has their been so much evidence compiled of a fraudulent election taking place.

In the filing this afternoon the Kari Lake campaign claims HUNDREDS OF THOUSANDS of illegal votes were counted in the election, 59% of Maricopa County precincts had broken tabulators or printers on election day disenfranchising voters, and tens of thousands of illegal mail-in ballots were counted that did not pass signature verification requirements.

The Gateway Pundit is reviewing the document that was presented in court on Friday afternoon.

According to the filing the number of illegal votes cast in Arizona’s general election on November 8, 2022, far exceeds the 17,117 vote margin between Arizona Republican gubernatorial candidate Kari Lake and Democrat gubernatorial candidate Secretary of State Katie Hobbs, certified at the official state canvass on December 5, 2022. Witnesses who were present at the Maricopa County Tabulation and Election Center (“MCTEC”), Runbeck Election Services (“Runbeck”), and a multitude of Maricopa County vote centers, as well as other facts meticulously gathered, show hundreds of thousands of illegal ballots infected the election in Maricopa County.

More from the filing: Maricopa County’s public statements concerning remaining ballots to be counted on November 9, 2022, and November 10, 2022, show an increase of approximately 25,000 votes with no explanation of why the number of remaining ballots could increase. Here is an example of a certified signature on an Arizona mail-in ballot from the filing.

The remedy for illegal absentee ballots is either to set aside the election under Miller, 179 Ariz. at 180, or proportionately to reduce each candidate’s share of mail-in ballots under Grounds, 67 Ariz. at 183-85.

They even got screenshots of text messages between IT workers hired by Maricopa County to fix election day problems. Judge Peter Thompson, appointed in September 2010 by Gov. Jan Brewer, will rule on this case.

Read the full court filing below: