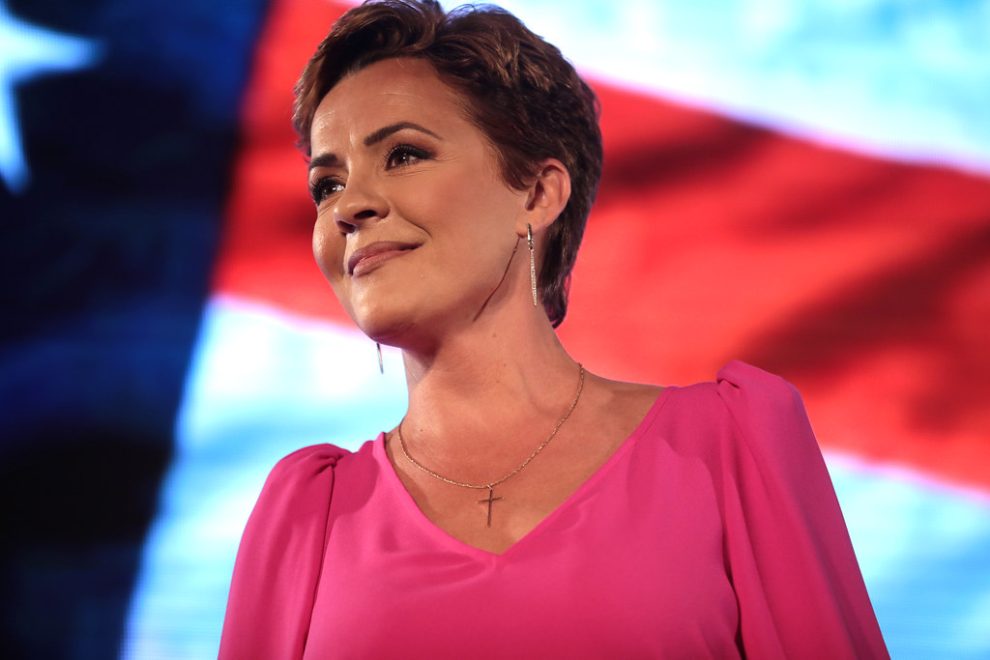 The Arizona primary election was held on Tuesday night.

It was another Raffensperger special.

Kari Lake is one of the most dynamic candidates in the country today.

Lake and Robson held dueling rallies and the numbers weren’t even close. Kari Lake and Trump had tens of thousands in attendance. Mike Pence and Karrin Robson had a couple hundred

Kari Lake led in ALL of the primary polls except one that was very suspicious by a shady polling outfit.

Kari Lake led in every poll (except one outlier) by 10 points!

To be clear — Karrin Robson outperformed by 20 points on Tuesday — Another miracle performance by the Uniparty candidata.

Kari Lake now leads with 79% of the vote counted. And once again — How can France and England deliver election results the night of the election with paper ballots but only 79% of the votes in Arizona race are counted at 6 AM in the morning using ballot counting machines?