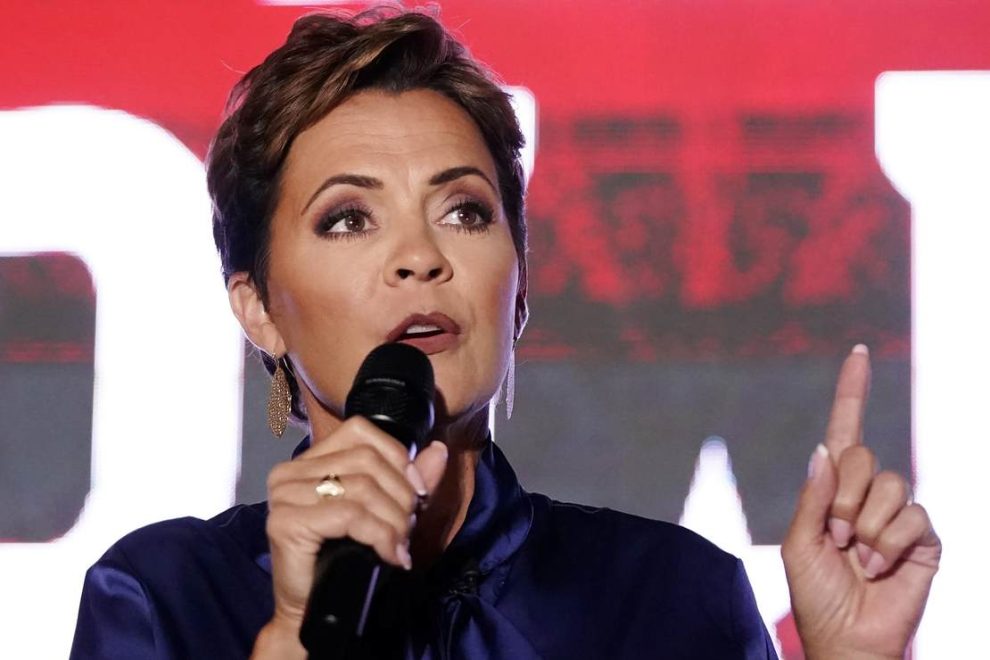 With thin margins, most major decision desks have called the Arizona gubernatorial race in favor of Democratic Secretary of State Katie Hobbs, but Republican gubernatorial candidate Kari Lake announced Thursday morning that she’s not yet ready to concede.

In a video message posted to her Twitter account, captioned with “Arizona, we are still in the fight,” Lake addressed what she described as a “broken election system” and vowed to continue to fight to prove that something seems to have gone terribly wrong.

“When we called for Katie Hobbs to recuse herself a year ago, they ridiculed us. It turns out we were right. The fox was guarding the henhouse, and because of that, voters have been disenfranchised,” Lake said.

She also addressed the “printer settings” malfunctions on the tabulation machines that affected roughly 20% of polling places in Maricopa County, as Fox 10 Phoenix reported. Lake said she tried to get rid of all electronic voting equipment long before the 2022 midterms.

“When we raised concerns and I filed a lawsuit months ago to get rid of the electronic voting machines, they said we were crazy. Well, it turns out we were right. On election day, nearly half of all polling locations had problems with tabulating machines and printers,” Lake said.

Arizona, we are still in the fight. pic.twitter.com/ytaGvqG5J0

“Now I’m busy here collecting evidence and data. Rest assured, I have assembled the best and brightest legal team and we are exploring every avenue to correct the many wrongs that have been done this past week,” Lake continued. “I’m doing everything in my power to right these wrongs.”

“My resolve to fight for you is higher than ever.”

Lake’s supporters on social media cheered her latest video, encouraging the candidate to take all available legal routes of recourse and never to give up. Her critics, on the other hand, let her have it.

“Don’t stop what you’re doing! This will have nationwide ramifications,” one Twitter user wrote.

Another user responded, “Yes, being a child throwing a tantrum will have nationwide ramifications of mocking and laughter.”

On November 14, after Hobbs was declared the winner, Lake called the results “BS” in a tweet.

Maricopa County election officials have also pushed back against Lake and her campaign’s claims that thousands of Arizona voters didn’t get a fair shake on Election Day. The county’s official Twitter account posted several snarky messages about Lake’s claims.

Another tweet read, “DISINFORMATION SUPER SPREADERS: Please read Arizona election law & the elections procedures manual before asking leading questions about how something seems suspicious. There are processes + checks and balances in place to make sure every legal vote is only counted once.”

As of Thursday’s count, Hobbs had a lead of roughly 17,000 votes, according to Axios.

Axios also noted that while Lake’s legal team’s plans are unclear at this time, any lawsuits contesting the results would likely need to be filed before Nov. 28, which is the cut-off date for counties to certify their election results and then transmit them to the secretary of state’s office.

Only time will tell if Lake and her legal team make any headway. But one thing is clear: Arizona election lawyers will have one hell of a Christmas.